The cannabis space is full of opportunities for bright young minds to bring innovation and a new way of thinking to an industry that is rather new and open to different perspectives. As such, Millennials have begun to make their mark within the cannabis industry, and their efforts are being recognized.

Here are three emerging and successful entrepreneurs who are making waves in the cannabis industry and modeling the way for both their successors and predecessors on how to make a serious impact in an emerging industry: 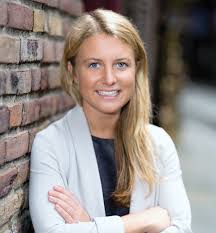 Recruitment has become front and center with numerous platforms that aim to connect eager applicants with vacant opportunities within a growing and established companies.

Karson Humiston, with a background in student travel after founding On Track Adventures, Karson has gone on to become the Founder & CEO of Vangst, the cannabis industry’s leading recruitment and hiring platform.

Since launching in 2016, through Direct Hire & Vangst GIGS, Vangst has connected more than 10,000 people with jobs at over 650 leading cannabis businesses around the US and Canada.

Her accomplishments include raising $12.5M from leading tech and cannabis investors, including Lerer Hippeau and Casa Verde Capital. She was featured on the 2018 Forbes 30 under 30 lists. 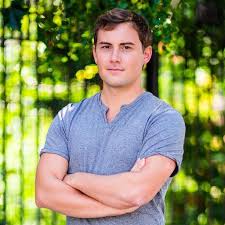 Ryan Smith is the co-founder & CEO of LeafLink, the cannabis industry’s wholesale marketplace. LeafLink connects thousands of cannabis brands and retailers and empowers them to streamline the ordering process, simplify communication, and spend less time on administrative work, so they can focus on growing their businesses.

Launched in Colorado in March 2016, LeafLink is now live in 20 territories across the United States and Canada. Under Smith’s leadership, LeafLink has raised $14 million in investor capital with the software helping cannabis retailers and brands to manage over $1B+ per year in orders.

Smith specializes in managing B2B firms and online marketplaces, successfully founding and exiting two companies, one of which he sold to an NYSE public firm. In 2016, he was the first CEO of a cannabis-facing company to be listed on Forbes’ 30 Under 30 list. In February 2018, LeafLink was the first company in the cannabis space to make Fast Company’s 2018 list of Top 10 Most Innovative Companies in Enterprise.

An important component of cannabis legalization has been product testing to ensure all that is sold to consumers are free of contaminants and pesticides while providing information on cannabinoid content for consumers.

With experience in the luxury car industry, Aaron Riley brings his business acumen to the cannabis industry in his role as President of CannaSafe, the first ISO accredited cannabis lab in the world. CannaSafe is a full-service testing lab offering a one-stop solution where cannabis cultivators and distributors can ensure they are in full compliance with all regulatory requirements and that their products are safe and effective for use.

Their 12,500 square foot lab facility, based in Los Angeles, CA, currently tests approx. 25% of all compliant batches in the state. The company has a second facility opening later this year. Riley obtained a Bachelor &  M.B.A. from Jacksonville University, earning his way through college on a football scholarship. Under Aaron’s leadership, CannaSafe recently won Testing Facility of the year award for California by Dope magazine.

Opportunities abound for emerging professionals within the cannabis industry. Green Market Report featured cannabis companies that are accepting summer internships for young professionals to get their foot in the door and follow in the footsteps of these three professionals under 3 who are getting noticed within cannabis.