Media company Prohbtd owns the cannabis space in Advertising Week New York. Last year, the company sparked the entrance of the cannabis industry into the world of New York advertising. A place that has many challenges for cannabis companies. This year, Prohbtd CEO and Founder Drake Sutton-Shearer repeated his appearance and educated the New York audience on the latest goings-on in the cannabis industry.

The first panel tackled the Emergence of the Cannabis Consumer. David Bell, Founding Partner of the Idea Farm Ventures told the audience that cannabis consumers would want what other consumers want right now and that is authenticity. Bell mentioned brands like Dollar Shave Club and how everyone could name that company’s CEO, but they couldn’t name Gillette’s.  He said that it was more about bonding than branding. 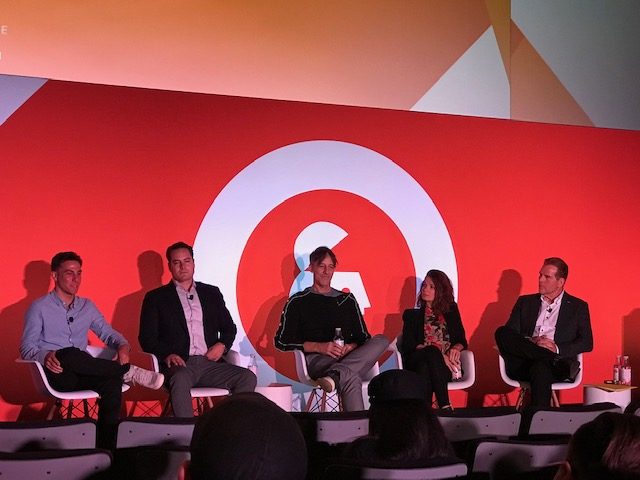 Shannon Belisario, Director of Brand Development at Prohbtd said that she thinks hemp will be the next “flax seed”. “It’s a high source of protein,” she said. The panel also discussed hemp fabric’s ability to not retain bacteria and the implications that held for clothing and medical products. Sheldon Croome, President and CEO Atlas Growers, which is a Prohbtd client, is a Canadian cannabis company that noted it can white label a variety of cannabis products depending on what the consumer trends pointed to.

The second panel was “Adapting Cannabis to Mainstream Brands.” Jeffrey Gossain, Vice President of Operations at Atlas Growers noted that it is looking at ways to convert its cannabis waste material and convert it into electricity. While he didn’t go into great detail, this is certainly a great way to adopt cannabis to our everyday lives. In addition to electricity, Atlas said it was also researching the ability to use cannabis to treat raw sewage. Both fascinating ways to think outside the box for cannabis.

Justin Koenigsberger, the Chief Revenue Officer of Entrepreneur Media discussed how it was adapting to the cannabis industry by creating the Green Entrepreneur and Women Cannabis Entrepreneurs. (Full disclosure – I was recently featured in the series.) He even suggested they may go even further with a Women in Weed. (Sorry Justin, it already exists as the Wonder Women in Weed.) While the men all agreed it was wonderful to help women and give them support, there was only one woman represented out of the two panels and she was a Prohbtd employee.

Michael Christopher, the Chief Mood Officer at cannabis beverage company Mood 33 said that he thinks if New York legalizes adult use cannabis it would push the banks to open up more to the cannabis industry. His advice was that cannabis companies should remain hyper-focused and he believes beverages will be the main cannabis product to become mainstream.

Co-Founder of Rock A Fella Records, Kareem Burke said he basically plans to replicate his formula for success for his cannabis interests. “I’ll tie it into content and celebrities and influencers,” he said. The most exciting announcement from Burke was a plan to award scholarships to students at FAMU to study cannabis cultivation. He believes more education among people of color will go a long way to creating more diversity. He noted that many people of color struggle with past convictions, like himself, and it keeps many people from joining the industry.  Burke also sees a lot of promise for cannabis in fitness beverages and clothing.