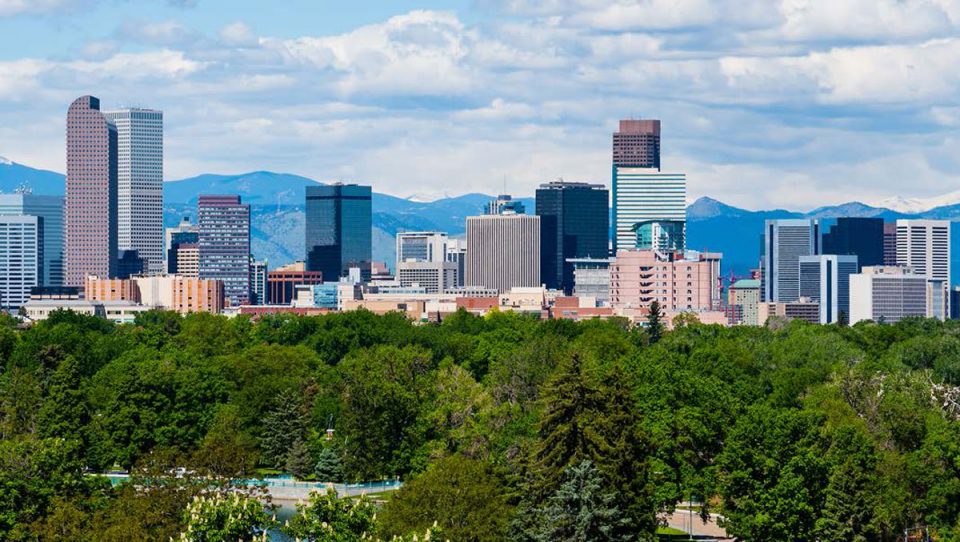 In November of 2012, twelve years after legalizing medical marijuana, Colorado voters approved a measure to legalize recreational marijuana use. The state adopted a model that allowed only existing marijuana dispensaries to convert to retail establishments.

New research from the Wisconsin School of Business at the University of Wisconsin–Madison reveals that property values in the immediate vicinity of Denver’s retail marijuana establishments increased by more than 8% since the law took effect on January 1, 2014.

Moussa Diop, Wisconsin School of Business assistant professor of real estate & urban land economics, along with James Conklin of the University of Georgia and Herman Li of California State University, say the relationship between the price of houses and retail conversions is particularly important with voters in four states legalizing recreational marijuana use last November and others likely to follow.

“The presence of retail marijuana establishments clearly had a short-term positive impact on nearby properties in Denver,” says Diop. “This suggests that in addition to the sales and business taxes generated from the retail marijuana industry, municipalities may experience an increase in property taxes. It’s an important piece of the puzzle as more and more voters and policy-makers look for evidence about the effects of legalizing recreational marijuana, as the issue is taken up by state legislatures across the country.”

Single family residences within 0.1 miles of a retail marijuana establishment saw an increase in value of approximately 8.4 percent compared to those located slightly further—between 0.1 miles and 0.25 miles—from the site. That increase in property value was estimated to be almost $27,000 for an average house in the area.

While the study did not seek to identify the underlying drivers of what led to an increase in property values near retail conversions, the authors did identify potential explanations including: a surge in housing demand spurred by marijuana-related employment growth; lower crime rates; and additional amenities locating in close proximity to retail conversions.

The findings are in line with a 2016 study that identified a six percent increase in housing values on average in municipalities across the state of Colorado that allowed retail marijuana sales. Colorado’s model of allowing only existing medical marijuana dispensaries to convert to retail establishments was also used in Oregon and will be implemented in Nevada. Other states may follow that same procedure, as the adoption of medical marijuana laws is typically seen as a first step to broader legalization efforts.

The study relied on residential property information from the City of Denver’s Open Data Catalog and a list of retail licenses granted by the Colorado Department of Revenue, the agency responsible for administering the new law.

The paper, “Contact High: The External Effects of Retail Marijuana Establishments on House Prices” will be published in Real Estate Economics. 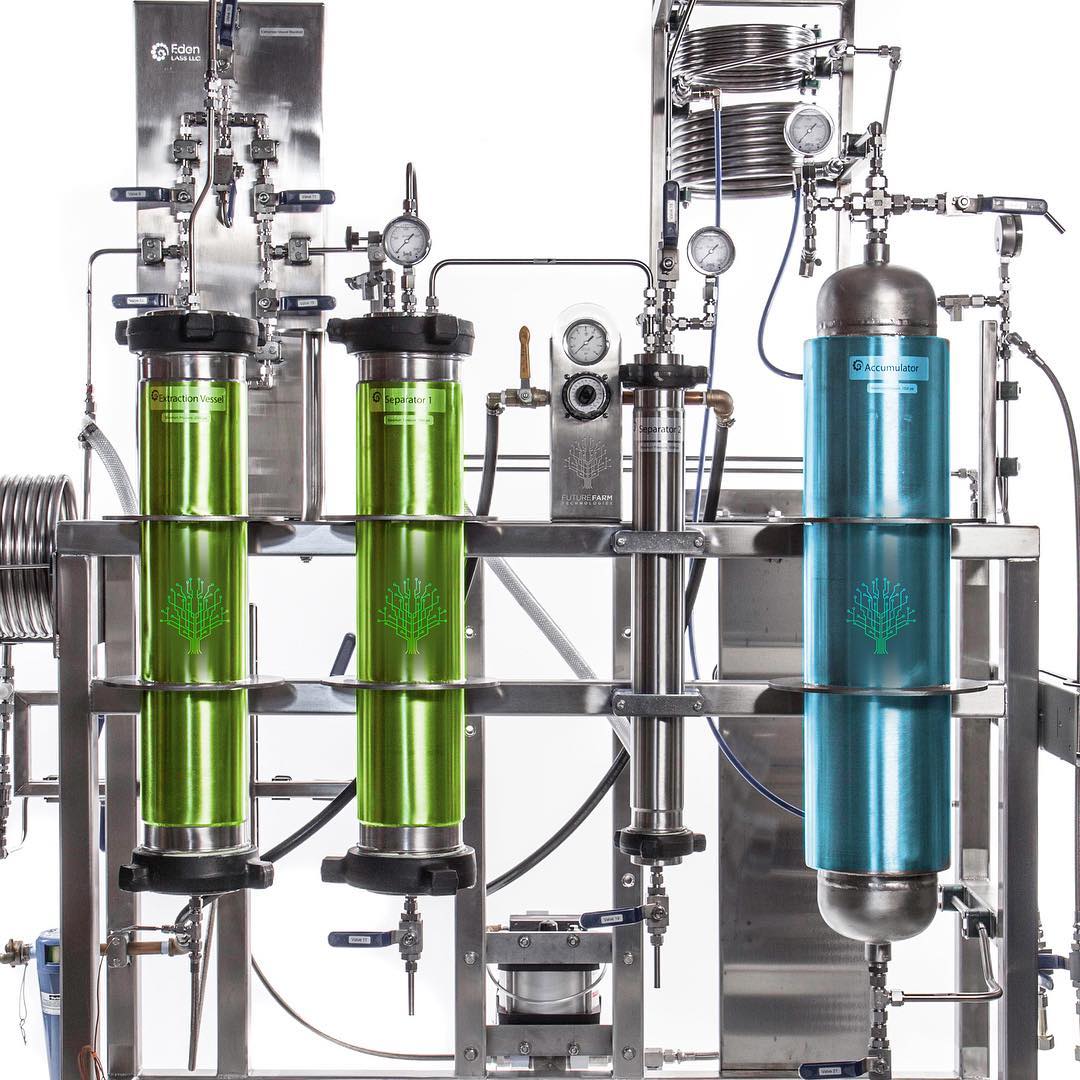 “We believe this alcohol extraction technology is the best extraction equipment on the market today,” says William Gildea, CEO of Future Farm. “The ability to process large amounts of cannabis flower into highly purified concentrates from day one will immediately benefit California’s medical marijuana community.”

The company posted a video from its extraction facility and can be found here.

Future Farm said, “The extraction equipment is designed to be able to rapidly scale the manufacture of premium cannabis oil to supply the growing demand for cannabis concentrates in the state of California. The equipment utilizes a closed-loop system to produce high quality oil in a high throughput system with minimal maintenance and labor.”

The company had acquired 250 pounds of high quality trim from producers in northern California  of both THC and CBD strains. All the trim was tested to make sure it was free from pesticides and microbiological contamination. Future Farms said that the CBD product was suitable for patients that did not want any THC psychotropic effects. In a statement the company said it was “Working toward completing multiple purchase orders for its whole flower and extracted oil products that are expected to be completed in early September.”

Future Farms also gave an update on its Riverside County facility, which will be harvesting at the end of August. The company said it “Will be able to use this first harvest to execute a side-by-side comparison of its own LED grow lights versus the standard High Pressure Sodium (HPS) lights. The HPS lights are currently consuming 1000 watts per light whereas the Company’s LED Canada grow lights are utilizing 550 watts per light. The Company expects to use data from the harvest to better understand the savings potential per kilowatt-hour over the lifecycle of each plant.”

“We are eagerly anticipating the harvest data from the cultivation facility and expect to yield in excess of 1.5-lbs per light. In addition, the extraction operations are developing well and we expect to soon provide our investors with revenue production. We have been working closely with potential customers to understand their needs to ensure that we provide them with the high-quality product that they expect. We are adjusting operations real-time to ensure we can provide them with consistent supply for ongoing long-term contracts,” says Mr. John Sweeney, Future Farm’s COO. 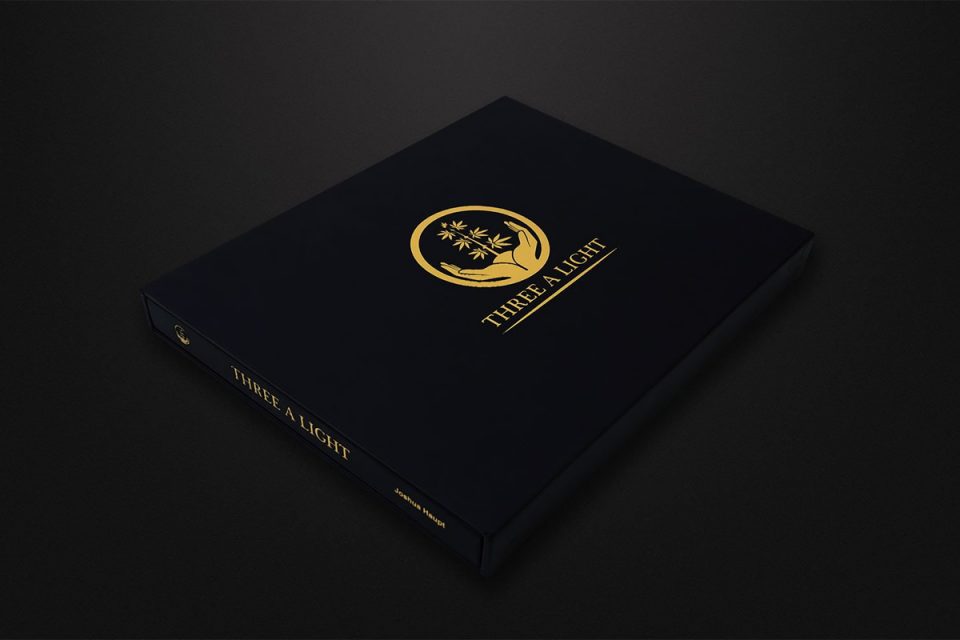 Haupt is a well-known master grower that is known for being able to grow cannabis to the point he can yield three pounds of cannabis per grow light. He wrote the marijuana growing guide Three A Light  to share his knowledge with others. Now, he’s taken that experience and brought it into the new era of apps. Users will find that the platform speaks to growers and enthusiasts at every level. It also gives guidance and customer service, but with an easy-to-use app instead of an old school book.

By bringing his growing techniques into the latest technology, Haupf wants to improve the techniques for his Three A Light fans, but also introduce his technique to a new generation of growers. The app will include features like a nutrient calendar, feed schedule implementation and a customer service option. It works in tandem with his Success Nutrient line,

In addition to owning Success Nutrients, Haupt is also currently the Chief Cultivation Officer at Medicine Men Technologies (OTC: MDCL), owner of Superfarm and owner of Tall T Productions. Haupf joined the company in June 2017 when Medicine Man bought his companies Pono Publications and Success Nutrients.  In Haupf’s work with Medicine Men, the company has marketed its services to help clients improve their cultivation. According to a company presentation, as of July 2017, the first two Cultivation Max clients of Medicine Men are into their first harvest cycles and their initial revenue is expected in the second half of this year. The clients were only getting a pound a light and came to Haupf for help. The company gets a modest percentage of the increase in yield and guarantees no increase in cost per pound. 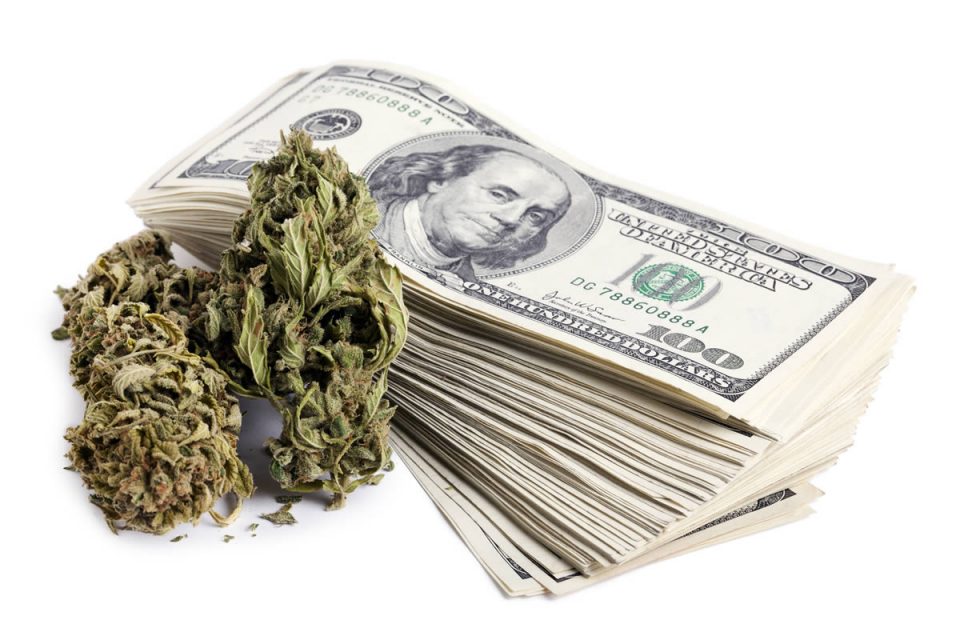 California is getting closer to making the sales of legal adult use marijuana a reality, but the problem of banking still wasn’t resolved. Even though medical marijuana has been legal for years, the issue of banking has never really been addressed in a meaningful way.

The big banks refuse to take these customers because marijuana is still federally illegal. State Treasurer John Chiang knew this was a problem that had to be fixed before the adult use cash registers started ringing. The Cannabis Banking Working Group was formed with representatives from law enforcement, regulators, banks, credit unions, tax authorities and government officials. They listened to solutions ranging from pre-paid cards to bitcoins and ultimately landed on a solution from the Colorado Credit Union.

The Safe Harbor Private Bank is going to be a compliance based cannabis banking program that is a division of the Colorado Credit Union. It is adopting the Credit Union’s Marijuana Related Business program and testing it out on a cannabis event company called EventHi.

It wasn’t a slam dunk for EventHi though. Safe Harbor put the company through its due diligence process which included background checks, in-depth company research, interaction and implementation of Anti-Laundering Money procedures implemented into their software and business model. In the end, they were approved.

This was great news for EventHi, which had been unsuccessful at finding a bank for the past 11 months. The company has been in development for the past two years and is like services like Ticketmaster and Eventbrite. Ali Fakhri, CEO of EventHi said, “This program gives me the security to run my company like any other business and most importantly gives me the safety that I can offer to my employees while working at EventHi. I believe that the MRB program is the best solution for banks to adopt in California to handle the crisis in 2018.”

EventHi can throw themselves a party and celebrate their new bank account as they launch their site in August. What is taken for granted in other industries is cause for celebration in the cannabis industry.