Canopy Growth Corporation  (TSX: WEED) (NYSE: CGC) Co-CEO Bruce Linton said he was stepping down leaving Mark Zekulin as the sole CEO while the company begins a search for a new top executive. The company said it would consider both internal and external options. Rade Kovacevic, who currently heads up all Canadian operations and recreational strategy will assume the role of President. These changes are effective immediately. 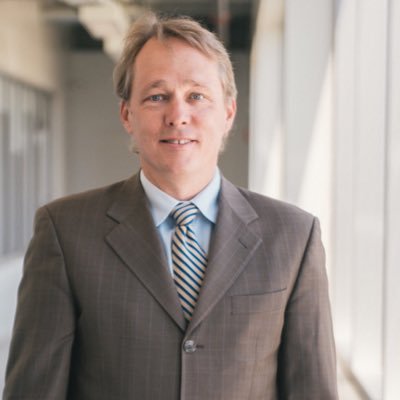 “Creating Canopy Growth began with an abandoned chocolate factory and a vision,” said Linton. “The Board decided today, and I agreed, my turn is over. Mark has been my partner since this Company began and has played an integral role in Canopy’s success. While change is never easy, I have full confidence in the team at Canopy – from Mark and Rade’s leadership to the full suite of leadership – as we progress through this transition and into the future.”

The move comes as a surprise as Linton has been the face of Canopy for years. That Linton stated that the board decided suggests it wasn’t his decision. His biography was also immediately removed from the company’s homepage.

“We thank Bruce and Mark for establishing the foundation for a company that is very well-positioned to lead in the emerging global cannabis market,” said Canopy Growth board director, David Klein. “We are also excited to embark upon our next phase of growth as global leader in the cannabis industry.”

Canopy Growth said in its statement that it has experienced rapid growth since being founded in 2013, establishing leading positions in Canada’s medical and recreational cannabis markets and building an emerging presence in a number of additional markets around the world. The company recently received a C$5 billion investment from Constellation Brands (STZ), a leading beverage alcohol company, which provides a significant benefit as Canopy continues to establish a first-mover advantage in the quickly evolving global cannabis market.

“While Canopy will never be the same without Bruce, the team and I look forward to continuing to do what we have done for the past 6 years: investing in world-class people, infrastructure and brands, and always seeking to lead through credibility and vision,” said Zekulin. “I personally remain committed to a successful transition over the coming year as we begin a process to identify new leadership that will drive our collective vision forward. I know the company will continue to thrive as the Canopy story continues on for years to come.”

The Board has also appointed John Bell as its Board Chair, to be reviewed at the Board’s annual meeting in September when new board members are elected. Bell has served on the board as lead director for 5 years. Bell is the Chairman of Onbelay Capital Inc., a Canadian based private equity company.  Mr. Bell is also director of Strongco Corporation (TSX: SQP) and the Royal Canadian Mint (TSX: MNT). He was also on the board at Canopy Rivers (RIV).