There’s A Case For Non-Medical Psilocybin

“These funds will enable CTH to build pre-market prototypes that can be used to scientifically evaluate the chemical profile and biological activity of aerosols generated with our new HnB. We will also be able to compare our data with traditional combustion products and other HnB products,” said Yuval Malka, CTH’s co-founder, and CEO. “Additionally, the funding will be used to further advance the QUB, as well as deliver commercial-ready products for consumer trials in-market tests.” 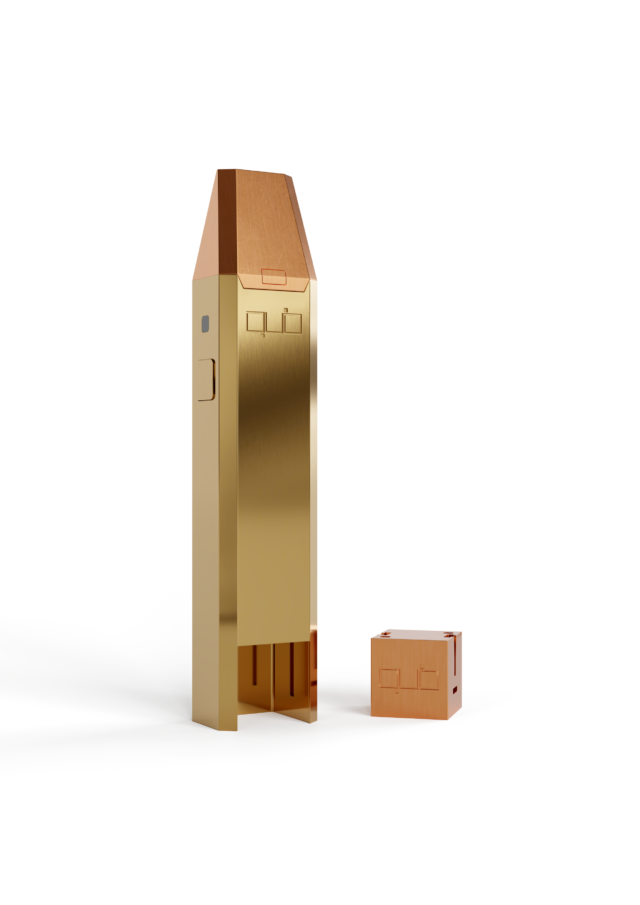 Cannabis Technology House or CTH is made up of former tobacco company Altria employees and it is that pedigree that has sparked the interest. The back story is that Altria was involved in a research and development group in Israel, but then the company made an investment in the device company Juul. The intention was to shut down this Israeli R&D department. Two of the employees in the Israeli unit, Greg Kunin and Issac Wesidenberg came up with the concept for QUB and filed a patent.

QUB heats cannabis flower or tobacco leaf instead of burning it. The QUB’s heating element is inside the consumable, instead of inside the device. This design difference prevents sensory experience deterioration caused by heater overuse. “The QUB is hassle-free. It does not have to be cleaned since the heater is replaced with each new consumable,” added Greg Kunin, CTH’s co-founder and Chief Product Officer.

“We believe the QUB has the potential to disrupt both the cannabis and tobacco markets,” noted Mark Singleton, Thought Leaders’ President, and CEO. “More importantly, CTH’s strategy focused on key cost-to-manufacture, scalability, and time-to-market concerns that impact success and related profit potential.”

“What’s special about this is that we’ve created a closed consumable that is completely hassle-free for the user and will come pre-filled,” said Co-founder Yuval Malka, who was a former Vice President of Altria R&D.

It would be healthier for the consumer because they aren’t burning the tobacco and instead heating it. The dry material is also seen as a better solution than oil concentrates. The creators also believe the smoking experience is better for the consumer than oil vaping or even regular cigarette smoking.

Malka added, “Many seek to capitalize on the immense potential of the cannabis market, but few have the expertise required to deliver long-term success. Thought Leaders have significantly enhanced our regulatory, legal and commercial capabilities and we feel confident in our ability to succeed.”