Sally Nichols started as an investor in California cannabis company Bloom Farms and ended up as the company President of distribution. Her classic Ralph Lauren look draws the inevitable comparison to Mary Louise Parker from the television show Weeds, but unlike the character, Nichols is strictly legal business.

“I’ve invested in several other cannabis companies, but with Bloom Farms I really fell in love, not just with the brand, but more importantly the people managing and building the company,” said Nichols. “The relationship slowly evolved until they asked me to come and build out distribution and sales with them.” 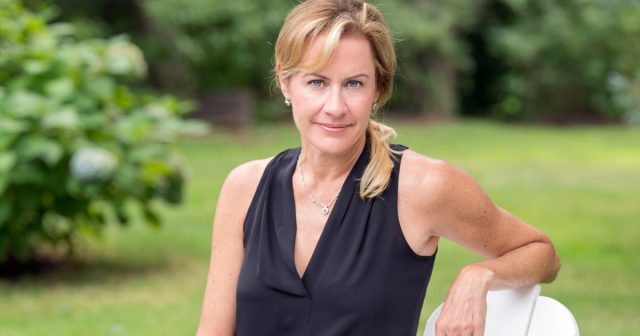 The Nichols, the family behind K-Swiss, sold the company in 2012. Sally and her husband then moved to New York from California and made numerous investments in cannabis. “I had been in medical and healthcare startups before and then I just gravitated towards cannabis. After living in California, I wasn’t unfamiliar with the industry.”

She chuckles that she’s the least likely person you would think is flying back and forth between Westchester New York, building, selling and distributing marijuana products. She said for the first couple of years, she kept it quiet, but now she’s very open about it.

Nichols believes that brands win. She describes Bloom Farms cannabis as a clean, fresh product. “We’re basically a lifestyle brand that is focused on bringing relief, relaxation, and creativity to people’s lives versus the highest high in the world.” She compared Bloom Farms to the soft drink Coca-Cola, which started as a medicine and ended up becoming one of the most popular beverages in the world.

Bloom sources its cannabis from sustainable California farms for its vape, pre-rolled flower products and oil pods for PAX vape products. The company supports local small farms and uses that as the source for its single origins line of products.

“It’s really our belief that cannabis as an agricultural product has the ability to be transformative for local, for agricultural communities and urban communities alike. It is also a socially responsible company. With every purchase, the company provides a meal to someone in need. It also works against the negative stigma of cannabis. “It’s shocking how many people that work in farming can’t afford to feed themselves,” she said. The products are consumer friendly with suggestions like ‘daytime friendly’ or ‘nighttime friendly.’

“I’m amazed every day that this is the fork I chose to take in the road,” said Nichols. “At this point in my life, I’m a suburban mom living in New York who is working in the California and Colorado weed business.”

Both the author and the book are awesome! Celebrate the Friday Book Club: Cannabis Cocktails ⁦@WarrenBobrow1⁩ https://t.co/oVTYZODxTE