It was a shortened trading week as markets were closed on Monday for Martin Luther King day. There was also the excitement this week with the inauguration on Wednesday for President Biden and Madame Vice President Harris. We wish our new administration great success.

On Tuesday The Valens Company Inc.  (OTCQX: VLNCF)  said it made the strategic decision to liquidate the majority of its cannabis oil inventories at market-clearing prices in the fourth quarter of 2020. The stock fell over 10% on the news. This company said that the decision will lead to a related one-time financial statement impact in the fourth quarter of 2020 between $9.0 million and $10.0 million.

It was a big week for announcing capital raises.

California-based cannabis company Harborside Inc. (CSE: HBOR), (OTCQX: HBORF) upsized its previously announced brokered private placement of units of the company at a price of C$2.55 per SVS Unit for gross proceeds of approximately C$27 million, representing an increase of C$7 million, due to excess demand.  The stock was lately selling near $2.22, which isn’t far from the company’s 52-week high of $2.40.

No sooner had Revive Therapeutics Ltd. (OTC: RVVTF) announced it had raised $10, then it stopped trading to say the deal was upsized to $20 million. Revive is a specialty life sciences company focused on the research and development of therapeutics for medical needs and rare disorders.

Auxly Cannabis Group Inc. (OTCQX: CBWTF) raised $15 million with a deal in which ATB Capital Markets Inc. and Cantor Fitzgerald Canada Corporation agreed to buy roughly 40 million Units of the Company at a price per unit of $0.37.

Psychedelic publisher Delic Holdings Inc. has begun trading its shares on the OTC The process was through a reverse takeover of Molystar Resources. Many of the top executives at Delic are former High Times employees. Including  CEO Jackee Stang and  Director Kraig Fox was the former Chief Executive Officer and President of High Times

And finally, Fyllo announced it has acquired DataOwl.

nextCommon Mistakes To Avoid When Using CBD For Anxiety 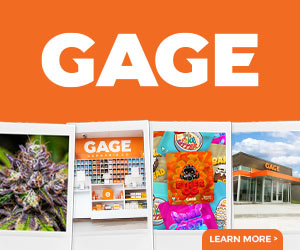