What kind of effect does adult use cannabis have on the medical market? The answer may surprise you. At the Green Market Summit, where some of the cannabis industry’s most prominent thought leaders were gathered, a discussion panel was held on the unforeseen consequences of legalizing adult use cannabis on the medical market. The following report “The Economics of Adult Use Marijuana on Medical Marijuana” was issued as a result of the panel members.

Distinguishing this panel from all the other was the fact that it was the only all-female panel at the event. Although the panelists mused that someday such a panel would neither be significant or out of the ordinary, the audience reacted to the observation of the all-female panel with approval and applause.

Starting off the conversation, the panelists discussed the pre-adult use medical market and many of the early predictions of what would happen when adult use cannabis sales became legal. Although some predicted that the medical market would remain static, others, like MJ Freeway, predicted that the market would take a dip; which is precisely what happened. According to Paxhia, it was easy to see why.

“Living in San Francisco, some of those [cannabis] clinics, I felt like I was going to get sick from going in there,” recalled Paxhia. “I think there’s a number of reasons why people for a long time side-stepped getting medical cards. Once it became adult use, there were some very ready purchasers.” 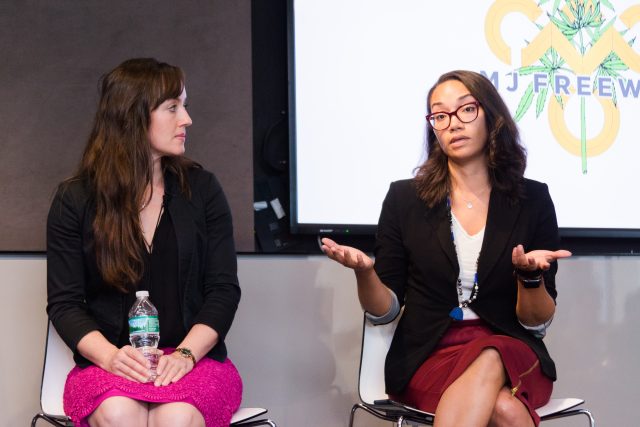 “There will always be medical conditions that need a medical product that has some true efficacy for that condition,” said Billingsley. “It is a recreational substance, but it also has a truly efficacious benefit on the medical side.”

Stay tuned to find out more about happened at the Green Market Summit, as the Green Market Report gives you an in-depth look at the event throughout the week. Click here to read the previous recaps on cannabis banking, international cannabis, and an exclusive interview between legendary financial analyst Jim Cramer and The Green Organic Dutchman CEO Brian Athaide.