Jane West has reinvented herself several times already. She was an early event planner for cannabis. She co-founded Women Grow. Now she is launching her own cannabis accessory and product business called naturally Jane West.

Her real name is Amy Partridge B. D., but everyone has been calling her by her nom de plume for years. Plus, Ms. D. prefers to keep her legal name private and doesn’t want to disclose it for privacy concerns. This is fairly unusual as most cannabis industry executives have no problem using their given names.

Having said that, she recently launched her website JaneWest.com as she has embarked on expanding her cannabis accessories line. Her signature product began as a line of cobalt blue glass pipes, but she wanted to move beyond the blue pipes to create a sophisticated line of smoking tools that were more mobile than glass pipes. 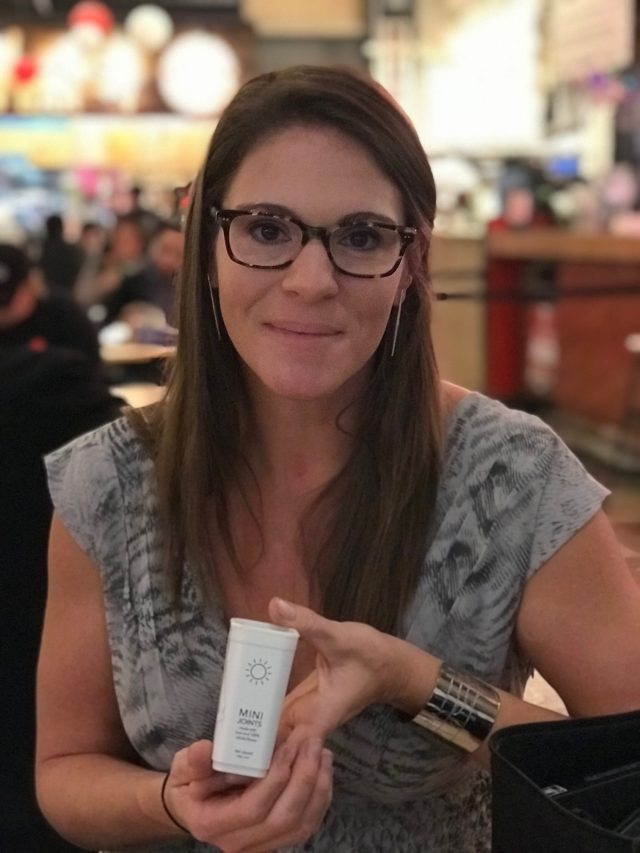 She teamed up with an exclusive design partner who is known for the iconic Rabbit wine opener to create three different one-hit products. “The Classic” resembles a flask made of aluminum that stores the flower and has a taster that pops out from a spring-loaded chamber. Priced at $58, it is the most masculine design in her Jane West Collection and the top seller. “The Compact” is priced at $48 and mimics a cosmetics case. There is room for 2 different strains of flower, a taster, a pick and even a lighter. “The Wand” is about the size of a tube of mascara that holds enough flower for one evening and is priced at $38.

In addition to selling accessories, West is also the Chief Executive Officer of Jane West the company which is moving into branded flower. Her Jane West strains are noted for either a sunshine or moon icon as a way to quickly tell the consumer whether the product is indica or sativa. “Our evening strain is mind clearing,” said West. “It helps clear your mind of all those thoughts that keep you up.” The product can now be found in six stores in Colorado.

West got into the cannabis industry in 2013 when she started her company Edible Events and began holding events in 2014. She was producing monthly events at art galleries and upscale locations. She partnered with the Colorado Symphony Orchestra to produce special events which put her name on the map due to the enormous publicity it received. Unfortunately, she also lost her real job as a result of the heavy press coverage and monthly cannabis events were did not generate enough money to support her.

Her newfound celebrity did generate interest from other women who sought her out for advice. As more women approached her, the idea for Women Grow was hatched. West felt local people would be best served by connecting with other local people and that was her original idea for Women Grow. Now the group is in 35 different cities. West left Women Grow in July of 2016 to totally commit herself to the Jane West. In a sign of her continued support for women’s businesses, West works with female owned and operated facilities when choosing her Jane West flower.

At one time in her life, she didn’t envision herself as a CEO, but now West says she fully embraces her title as Chief Executive Officer. She isn’t concerned that the name Jane West will be perceived as a women-only brand and believes men will not be turned off by the name. “It is a female plant at the end of the day,” she said. The packaging is very neutral, so it doesn’t look like a girly product.