A new study shows that 69.5% of Las Vegas residents approve of legalized marijuana. While marijuana is legal in the state, usage has now surpassed more than the 50 percent mark, implying that people are becoming more comfortable with it as time goes on.

Just 14.7 of respondents disapproved of cannabis in both recreational and marijuana settings and 12.2 percent did not have an opinion either way.

Marijuana became legal for recreational use at the start of 2017 and acceptance of it has jumped since late 2017, as 52% of respondents said they had used or bought it in the fall, up from 44 percent in the spring.

Cannabis consumers range all parts of the spectrum, covering a wide range of demographics. Nearly half of the adult population 21 and over, 772,000, said they were cannabis consumers. They are approximately 45 years in age, have an average household income of $53,263, and have an average home value of just over $278,000. Forty-one percent of consumers are married, while 49 percent have kids at home.

By comparison, the 1.49 million people living in the market average 47 years old, 45% are married and 46% have children, making the numbers comparable.

“The percentage of adults A21+ that are currently using cannabis for medical reasons has increased to 18.1% from 14.3%,” the study said. “Top health reasons for consuming cannabis include: treating temporary/minor pain, chronic pain management, alleviating mental health issues, to assist with sleep and to treat a non-pain medical condition.”

18% of the consumer in the greater Las Vegas area have been buying cannabis in order to treat addiction problems. This could be for alcohol or opioids. According to the most recent data, Nevada ranks in the top ten states for drug and alcohol abuse. Nevada is also the second in the country for non-medical use of hydrocodone and oxycodone. Per capita sales of oxycodone have increased 366% in the last 10 years, while sales of hydrocodone have increased 233%.

For the fiscal year 2018 (July 2017-June 2018), the Nevada Department of Taxation reported that it collected $27.3 million in wholesale cannabis taxes and $42.5 million in retail taxes. Taxable sales reported by adult-use retail stores was $529.8 million.

If spring is considered April, May, and June, sales increased from $47.5 million in April to $48.3 million in June. Nevada has only reported sales through July 2018, but the numbers continue to climb to $48.4 million. If the CRAC is accurate then the state is in for a very generous fall.

The Vegas cannabis market continues to grow as big retailers like MedMen continue expanding their retail footprint and the new enormous Planet 13 dispensary prepares to open on November 1. This dispensary will cover 16,500 square feet inside a 40,000 square foot cannabis entertainment destination. A cannabis superstore is surely going to generate big sales. 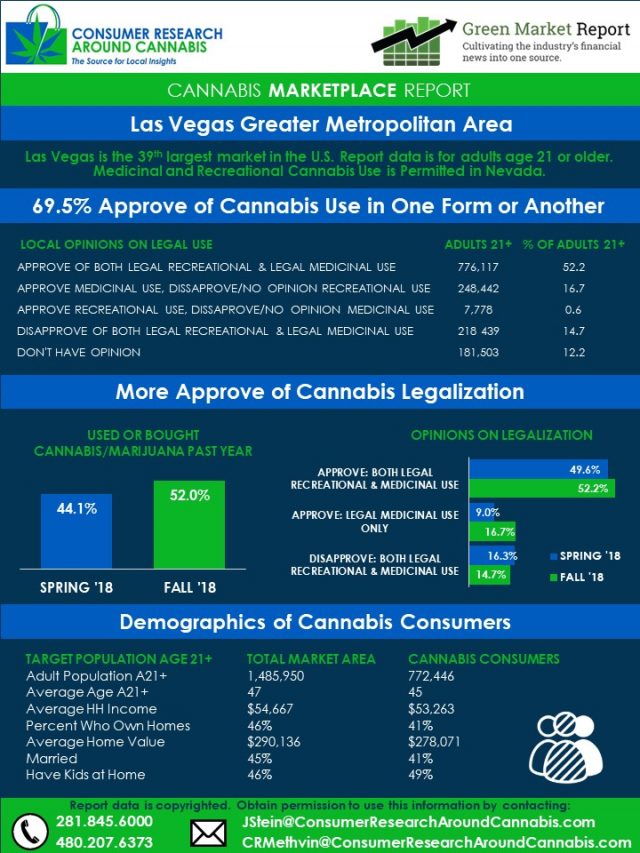 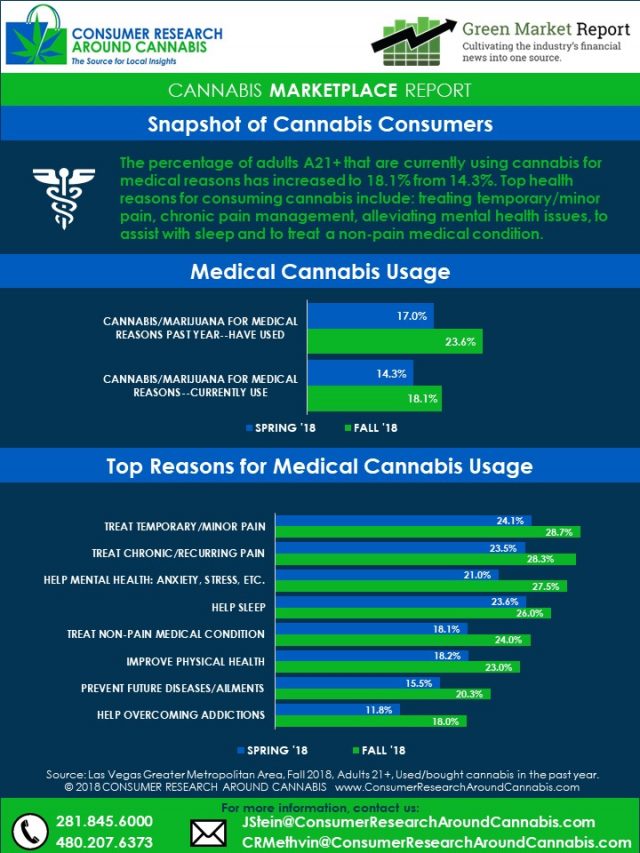