Organigram Holdings Inc.  (NASDAQ: OGI) issued a very brief announcement stating that the company was facing a lawsuit and that it was changing its newly launched Trailer Park Buds brand. Organigram said it wouldn’t comment on the case, which was started in the Court of Queen’s Bench in Alberta. It is a class action case that seeks damages from many cannabis companies including Organigram.

It wasn’t clear from the statement if this is a new case, but Organigram has already been battling one long-running case that stemmed from 2016. That complaint was filed against Organigram in 2017 after two recalls were issued over the cannabis products in 2016. Myclobutanil was the unapproved substance found in Organigram’s medical cannabis, and in 2017 the company acknowledged that some medical cannabis patients reported adverse effects from their product. The lead plaintiff, Dawn Rae Downton, said that unauthorized use of pesticides made her and other consumers sick.

Organigram lost its organic certification, but then subsequently got it back. Organigram has fought the case. Recently, Justice Peter Bryson on behalf of the appeals court wrote,  “There is no evidence that there is a workable methodology to determine that the proposed adverse health effects claims have a common cause.” The Nova Scotia Court of Appeals also dropped Downton’s claims for unjust enrichment. The order read, “Proposed common issues for those claims should not be certified.  The claim for unjust enrichment is improperly pleaded and should be struck.” The case looks like it is headed to trial.

Organigram has stated in its filings that there is no litigation that would have an adverse effect on the company. 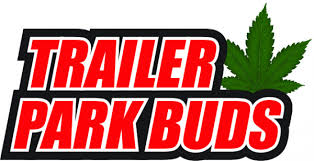 Organigram had planned to have a key brand in its portfolio called Trailer Park Buds, named after a Showcase Tv series called Trailer Park Boys. The group of friends is always trying to run get rich quick schemes that mostly revolve around selling cannabis. It seemed like a no-brainer, except that Canadian laws forbid celebrity endorsements.

Subsection 17(1) of the Act specifically states that cannabis products can’t be promoted “by means of the depiction of a person, character or animal, whether real or fictional,” nor “by presenting it or any of its brand elements in a manner that associates it or the brand element with, or evokes a positive or negative emotion about or image of, a way of life such as one that includes glamour, recreation, excitement, vitality, risk or daring.”

The product finally arrived on the shelves in April 2020 and it looked like the problems with the regulators had been solved. Now, Organigram says, “After reviewing perception around our Trailer Park Buds brand with Health Canada, the Corporation is making some changes to its newly launched brand and logo. In the immediate term, Organigram will move to a modified version of the logo. Longer-term, the Corporation is exploring options for a permanent logo and brand name combination for its large-format value brand. The Corporation will continue to have this large format value offering in the market throughout.”

On a positive note, Organigram did remind investors that earlier this month it completed its at-the-market equity program previously announced on April 22, 2020, issuing an aggregate of 21,080,229 common shares for gross proceeds of approximately CAD$49 million.