Shortages of Canadian marijuana appeared immediately after recreational sales of cannabis starting from October 2018.  Hence, there is a typical Canadian refrain almost lately.  Because of little inventory remaining, many stores are closed three days a week, and provincial distributors are blaming federal regulations and producers. Some of the giant retailer’s licenses have also frozen and some are limited to 25 stores on the state level. 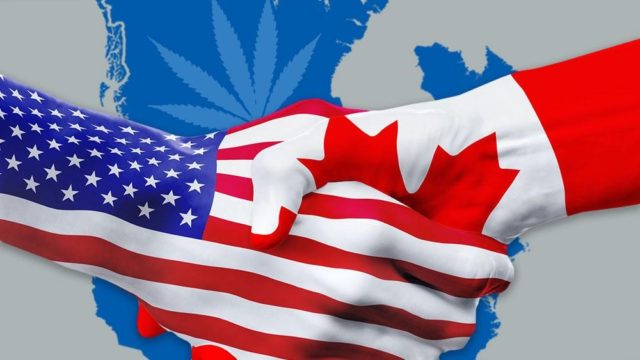 The shortfall concern for medicinal cannabis has appeared even earlier. Also, some regular users have shown interest that cultivators and manufacturers are prioritizing lucrative recreational products more for overseas markets. In response to the concerns raised by the stakeholders, the federal regulation authority has been pointed out to increase the number of producer’s licenses and industry inventories. While producers are blaming regulatory restrictions and new industry red tapes. Moreover, some of the growing industry analysts have criticized provincial licensing limits as implementing mandatory restrictions.

After all the blame game, the question arises that how can Canada have massive cannabis supplies seemingly yet facing a widespread shortage? Let’s take some critical findings from cannabis sales and inventory data released by Health Canada below.

Last year, cannabis producers already expanded their stockpiles to a greater extent before legalization. In 2018, between January and September, the dry cannabis inventories for month-end analysis for both leaves and flowers were noted as more than doubled yield that was 40 to 100 tons in weight. Moreover, supplies of cannabis-infused oils were reported as tripled yields as of 14 to 48-kiloliters. 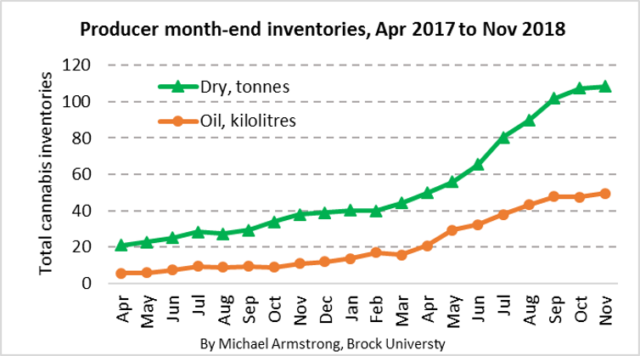 Hence, as the recreational began in October 2018, the inventory growth slowdown. The official noted that there as a tremendous amount of cannabis available overall. However, the availability cannot make sure there is no shortage. When we talk about medicinal cannabis, the sales of oil per registered client were increased by 18% between April 2017 and September 2018. Also, dry marijuana sales plunged 53% from 11gm per client to 5gm per client. Due to this reason, dry cannabis sales decline has to reflect a gradual shift to medicinal oils. Instead, that fact cannot be denied that shortages are still contributing to the supply shift curve. 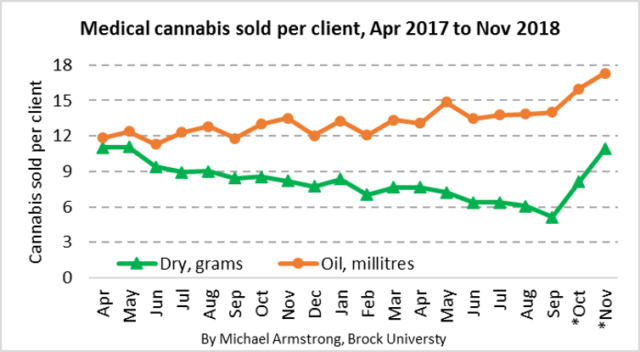 Meanwhile, November’s oil sales were above September, that is 18%, and dry cannabis soared 103% in the same period.  The post-legalization sales then somehow increasingly support the demand and supply curve theory. Hence, medicinal clients refilled their dry supplies with its after legalization and made transfer through prescriptions easier.

The good news is, on November 2018, distributors close sales in good shape and doubled the inventory to 7.6 kiloliters. The stock is enough to fulfill two months of recreational medicinal demand for two months satisfactory. 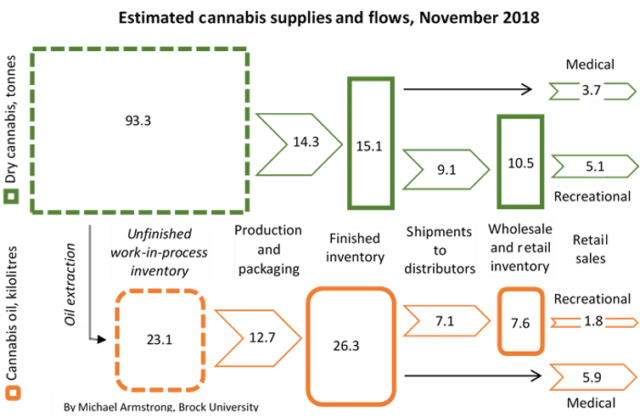 Producers get to the stock mark of 26 kiloliters ready to ship oil, and that is nearly three months of combined medicinal and recreational demands. Furthermore, an increase in outbound shipping rates suggests high user demand.

When we talk about dry cannabis, the situation is the opposite. An inventory of 9.5 tons with the need of 13.5 tons clearly indicates insufficient stocks with significantly high demand. This implies that the shortage will continue to worsen.

“Several theories explain the existing shortfall of dry cannabis despite having huge inventories,” says Jordan, a financial analyst at Premium Jackets. One of the possible reasons is that 80% of the dry stock is unfinished at the producer’s end and unavailable for sales. The possible unfinished processing point outs packaging bottlenecks as well.

The second possible challenge is the data add up inventories at distribution level as a single provincial distributor serves every recreational client. This is why 50% of the customers have to get disappointed seeing empty shelves during a shortfall. Also, the demand and supply gap is much harder to balance for individual products when compared to overall categories.

“There are a number of times when buyers and sellers have experienced many mismatches in cannabis demand and supply. This keeps medical patients at risk because many clients treating conditions like epilepsy and seizures can be affected in their therapy dosages. As a substitution product cannot cure them, they are bound to take a specific formulation for treatment” Elaborated by Clark Anderson, Stock Analyst at Australian Master. 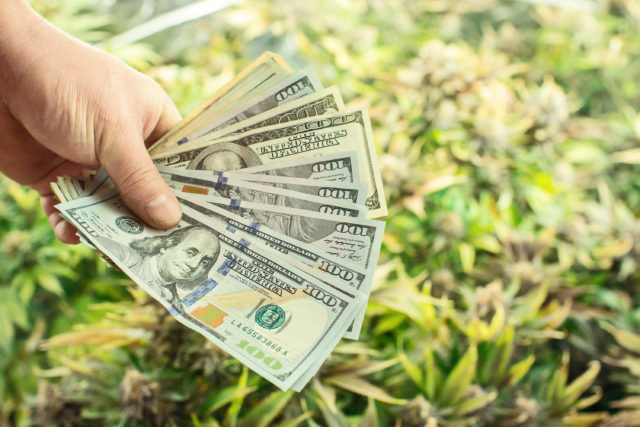 Another factor that is critical to investors is cannabis exports. They have only averaged 2.5% of monthly production as an export product. That’s a significantly small value which is affecting domestic availability as well. Some experts blame the growth of cannabis for this impact. There are piles of crude dried stocks at producers. Hence, there is a pressing need to keep the harvesting aligned with processing.

Currently, the cannabis industry is facing a massive challenge to overcome the demand and supply gap. The estimate of demand may vary widely; however, Health Canada estimates the need for both oil cannabis and dry cannabis that may work out well is about 77 tons monthly.

Hence, the legal cannabis suppliers are providing better availability to the user with a specific formulation for their therapies. Also, they are serving every recreational and medicinal user. Although investing in such cultivation is strongly needed to match the capacity of growth. Lastly, dealing with the black market is the most stand over a hurdle that the federal market has to deal with.

Stella Lincoln is a qualified financial advisor and economist. She has a vast experience of working with different firms dealing in stocks and banking. Stella is currently working as a Financial Advisor and Data Analyst at Academist Help. https://www.academisthelp.com/