It’s time for your Daily Hit of cannabis financial news for May 9, 2019.

Cronos Group Inc. (NASDAQ: CRON) (TSX: CRON) reported financial results in Canadian dollars for the first quarter ending March 31, 2019, with net revenue rising 129% to $6.5 million from $2.9 million for the same time period in 2018. The rise in revenue was due to the addition of adult use sales in Canada. Net revenue increased 15% sequentially from $5.6 million in the fourth quarter of 2018.

3 Ways to Buy Into Marijuana Stocks Without the Risk

Sure, these stocks won’t rise as much as some of the pure marijuana stocks. But, you know what? They won’t fall as much either and they’ll still be able to reap potential billions in revenues derived from cannabis. With that, here are the 3 top partners of the marijuana stocks and why you should focus on them.

Charlotte’s Web Holdings, Inc. (CSE: CWEB) (OTCQX: CWBHF) announced the pricing of its previously announced underwritten public offering 7 million common shares at C$20 per share. The offering should raise approximately C$140 million. As the shares are being sold by current shareholders, the company will not receive the proceeds from the offering. The selling shareholders have additionally granted underwriters a 30-day option to purchase another 15% of the common shares offered in the proposed public offering. Canaccord Genuity Corp. will act as the sole bookrunner for the offering.

Terra Tech Corp. (OTCQX: TRTC) announced its financial results for the third quarter ending on March 31, 2019. Year-over-year, revenue for the quarter declined from $8.6 million in 2018 to $7.4 million. Management credited the decline in revenue to higher tax levels in the state of California, which depressed sales figures. Nevertheless, the company’s net loss for the quarter also declined, falling from $12.2 million in the first quarter of 2018 to $5.1 million. Likewise, the gross margin grew from 36.2% to 54.4%.

Neptune Wellness Solutions Inc. (NASDAQ: NEPT) (TSX: NEPT) has signed a definitive agreement to acquire all of the assets of SugarLeaf Labs, LLC and Forest Remedies LLC, a registered North Carolina-based commercial hemp company providing extraction services and formulated products, for $150 million. Included in the acquisition is a 24,000 square foot hemp production facility capable of producing 1.5 million kilograms of hemp annually. Under the agreement, Neptune will pay $12 million in cash and $6 million in common shares upon closing. Depending on the fulfillment of certain milestones, Neptune will pay an additional $132 million over the next three years in a combination of cash and common shares. The transaction is expected to close on or around July 31, 2019.

It’s time for your Daily Hit of cannabis financial news for May 2, 2019.

Plus Products Inc. (CSE: PLUS) (OTCQB: PLPRF) reported its results for the fourth quarter and calendar year ending December 31, 2018. The quarter’s revenues were $3.3 million and the company delivered a net loss of $2.9 million. This was an increase in sales of 770% over 2017 for the same time period and a 31% sequential increase.

Governor Whitmer’s executive order 2019-07 has established the Marijuana Regulatory Agency (MRA) within the Department of Licensing and Regulatory Affairs (LARA), combining previous authorities, functions, and duties into an agency which allows the state of Michigan to more efficiently regulate both medical and adult-use marijuana.

TILT Holdings Inc. (CSE: TILT) (OTCMKTS: SVVTF) has announced their year-end financial results for 2018. Revenue for the year was $5.7 million with an additional $98 million in pro forma revenue. The net loss was $552.1 million, but that included a $496.4 million one-time, non-cash goodwill impairment taken at the end of fiscal 2018 related to the company’s reverse takeover of Sante Veritas Holdings. Excluding the reverse takeover, the company’s net loss was $55.7 million.

The pet-focused hemp and cannabis wellness brand, True Leaf Medicine International Ltd. (CSE: MJ) (OTCQX: TRLFF) (FSE: TLA) announced today that they have received C$914,442.73 from the exercise of warrants before their expirations on April 21, 2019. In total, the company exercised 2,575,895 warrants at a price of C$0.355 per warrant. “True Leaf is proud to have strong support from our investor community as demonstrated by the successful warrant exercise,” said Darcy Bomford, Founder and CEO of True Leaf. “This additional capital will strengthen our balance sheet and allow us to continue to execute on our growth plans, including bringing a legally-compliant CBD product for pets to market and expanding our global distribution, including entering new markets in the Asia Pacific region and Australia.”

Alternate Health Corp. (CSE: AHG) (OTCQB: AHGIF) is making a play for the CBD industry. Today the company announced that it will acquire Blaine Labs Inc., a manufacturer and distributor of FDA-approved and cGMP-certified dermatological products, for $20 million. Blaine Labs currently has over 50 SKUs currently available in major retailers, including Walmart, Amazon, CVS and Walgreens. Alternate Health hopes to use the company’s existing equipment and distribution network to launch a proprietary line of CBD-infused products.

CannTrust Holdings Inc. (TSX: TRST) (NYSE: CTST) has announced the pricing of its previously-announced underwritten public offering. The company is selling 30,909,091 common shares at a price of $5.50 per share for gross proceed of around $170 million, minus underwriting discounts and commissions and estimated offering expenses. Some shareholders are also selling 5,454,545 common shares in the offering. Additionally, the company has granted to the underwrites a 30-day option to purchase up to an additional 4,636,363 and 818,182 common shares, respectively, at the public offering price. The offering is expected to close on or around May 6, 2019.

It’s time for your Daily Hit of cannabis financial news for January 29, 2019.

In the filing, Sproutly noted that it has not generated any revenues from operations and has incurred losses since inception. The company has an accumulative deficit of $12,312,832 and negative cash flows from operating activities for the period from January 17, 2017 to November 30, 2018. To date, the company’s activities have been funded through financing activities.

Valens GroWorks Corp. (OTC: VGWCF)  announced that it has entered into a multi-year extraction services agreement with Organigram Inc. (OTC: OGRMF) for cannabis and hemp extraction services. Valens will extract cannabis flowers and trim from Organigram’s Moncton operation as well as hemp to produce extract concentrate. In turn, the concentrate will be used by Organigram to produce oils and, eventually, derivative edible and vaporizable cannabis products. The legalization of cannabis edibles and other derivative based products in Canada is expected later this year. In addition, under the terms of the Agreement, Valens will also provide lab services for Organigram as needed.

Alternate Health Corp.(OTCQB: AHGIF) has done a non-brokered private placement of unsecured convertible notes under prospectus exemptions available under applicable securities legislation in the aggregate principal amount of up to C$12,000,000 ($9,000,000), maturing and payable on the date that is three years from the date of issuance. The private placement proceeds will assist in funding Alternate Health’s expansion into California’s adult-use cannabis industry, including key acquisitions. With licensed facilities in Los Angeles and Humboldt County, Alternate Health is actively marketing the Company’s software to leading players in the industry. In addition to funding expansion opportunities in product distribution and CBD marketing, private placement proceeds will be used in Alternate Health’s CanaPass business and for general working capital purposes. 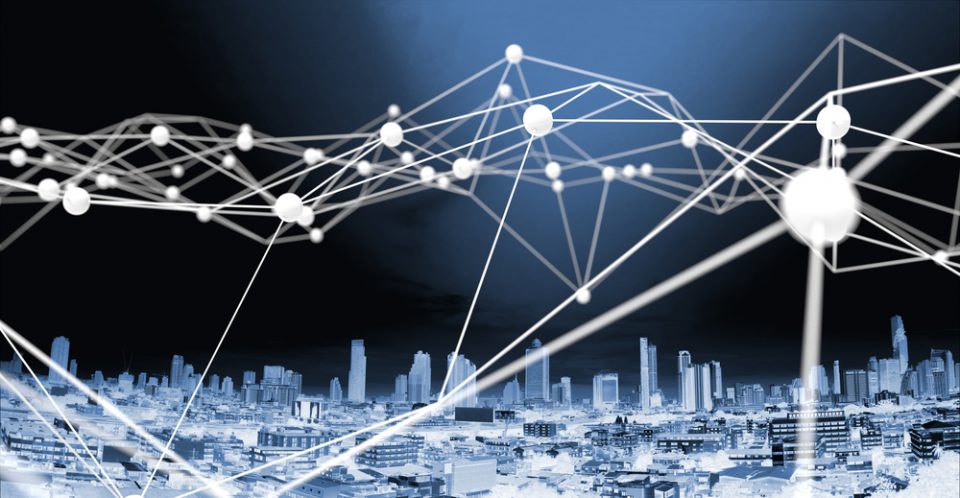 Cannabis blockchain is coming to the Empire State. On April 6, 2018, Alternate Health (AHG), a software solutions provider specializing in the medical cannabis industry, announced that it is expanding its StatePass medical cannabis Electronic Medical Records (EMR) blockchain system into New York and that physician onboarding and initial service testing has already begun.

“We have already identified several cannabis physicians to begin service testing StatePass in New York, where they will use the EMR for their current cannabis patients and provide feedback so our programming team can optimize the system for statewide use,” commented Dr. Michael Murphy, Chairman, and CEO of Alternate Health. “Based on the positive feedback we have already received from physicians, we are confident that our presence in the New York market will expand rapidly.”

Currently, StatePass is the only EMR and blockchain enabled software platform on the market designed specifically for the medical cannabis industry.

Focused primarily on regulatory compliance and improving patient outcomes, physicians are able to personalize patient treatment options with built-in automated compliance reporting, which can be helpful in highly regulated medical cannabis states like New York. Patient information is recorded through a distributed blockchain ledger, making it extremely difficult to tamper with or steal patient data.

The company’s expansion into New York follows the initial roll-out of the original system, CanaPass, and FlorPass, which is specifically a software adaption for the state of Florida. Recently, FlorPass was endorsed by the American Medical Marijuana Physicians Association.

“Our New York team is working closely with physicians to familiarize them with the StatePass system and demonstrate how it can be a tremendous asset in enhancing their medical cannabis practices,” said Jay Briggs, Vice President of Operations for Alternate Health. “We are very excited to continue developing our network of physicians and industry experts as we deliver a best-in-class EMR solution.”

Here’s why everyone in the #cannabis industry should be careful about #payment #processing after former @eaze CEO J… https://t.co/DbptX6cRcm

The cannabis community is certainly pleased to see that the state of #Virginia has legalized adult-use cannabis, bu… https://t.co/3BHtenqiei