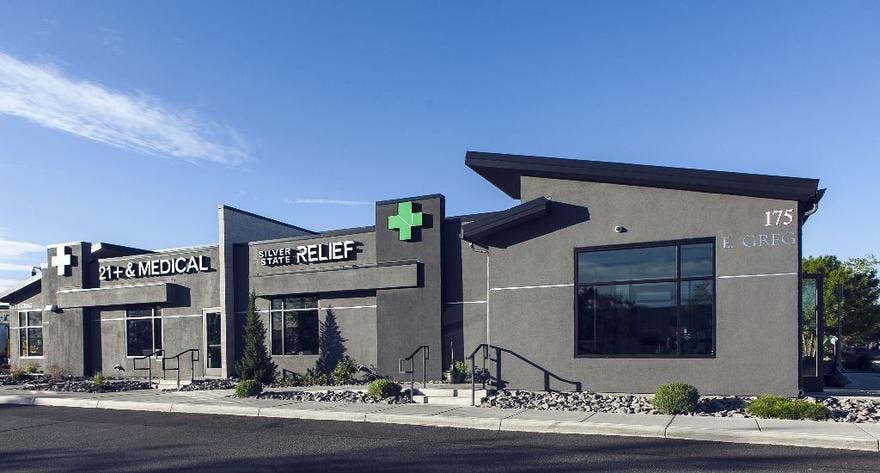 Nevada is a tourist mecca. Between Las Vegas, Reno, and Lake Tahoe, tourism makes up a significant portion of the state’s economy. In the 2018 calendar year, the 56 million people who visited Nevada collectively spent $65.5 billion, up from $63.7 billion the year before, according to the Nevada Department of Tourism & Cultural Affairs.

So it was natural that when cannabis became recreationally legal in Nevada in 2017, many operators opened dispensaries near the high-wheeling masses that visit the state for relaxation and entertainment. Of course, no one could have foreseen that a global pandemic would grind tourism to a halt – hurting the cannabis industry that pinned its fortunes to it.

In the early months, Nevada was affected badly by the shutdowns caused by the coronavirus. The state had an unemployment rate of 28.2% in April as casinos and the businesses that thrive off of tourists were ordered to close. This greatly impacted the dispensaries who fed off the steady stream of visitors. Consider that Planet 13, touted as the world’s largest weed store, reported a drop of 35% in Q2 2020 revenues at the end of August.

But not all cannabis companies bet large on tourists. C21 Investments, a vertically integrated cannabis company with operations in Nevada and Oregon, owns Silver State Relief which has remained focused on serving local medical patients and adult consumers in locations far from The Strip. With retail outlets in Sparks and Fernley, Silver State caters to a local clientele in a big way. The dispensaries are impressive, featuring over 800 SKUs in 15,000 square feet of retail space. In these times when people are practicing social distancing, the stores are also offering curbside pickup and next-day deliveries.

What’s clear is that the “think local” strategy has paid off. C21 posted their Q2 earnings last week, reporting that revenues rose $1.2 million and that cash flow improved 200% compared to Q1. The Nevada dispensaries generated a record $8.5 million in revenue in Q2, a 23% increase from Q1. This includes July as the first month reporting over $3 million in retail sales.

C21 President and CEO Sonny Newman said in a statement, “C21 has achieved a critical milestone this quarter as evidenced by the significant cash flow generated and our positive earnings per share. Our focus and hard work over the last twelve months have paid off, and we are now in a strong position to capitalize on the next phase of business growth. Our Nevada dispensaries continue to impress with the record retail revenue achieved this quarter.”

An Uncertain Return for Tourism

Adopting a local-first strategy is smart for any dispensary, but it’s particularly important at times like these. With a vaccine for COVID still a ways off, tourism is likely to flounder for the foreseeable future. According to the latest forecast from Oxford Economics, international tourism is expected to drop by more than 70% in North America, and it will take until 2024 for tourism levels to reach what they were in 2019.

Those statistics are sobering to operators who put their money on tourist towns. Sales data throughout the pandemic has shown that supply and demand don’t fluctuate wildly for cannabis as it does for other goods. In fact, as a whole, U.S. retail sales of cannabis are up 40% year-over-year. Companies like C21 that are grounded in their community will be able to let it ride through this pandemic.

Cannabis tech firm Akerna (KERN) said that in May, cannabis sales started to recover for the companies that use its services. This could be attributed to the reopening of restaurants and shops. Adult-use sales experienced a 52% increase in average daily sales when compared to April. It is estimated that cannabis retailers experienced a 35% potential loss in total sales between March 21 and May 31, when compared to January and February averages.

As the state’s casinos began to open back up in June, daily average cannabis sales returned to pre-COVID numbers. Adult-use retailers experienced a 26% in average daily sales when compared to May. Since June, adult-use cannabis sales increased by approximately 14%, representing 54% less growth than the rest of the industry.

“Sales have rebounded past pre-COVID numbers,” said Ryan Ballman, Business Intelligence Engineer, Akerna. “Though the state’s economic rebound has been a bit slower than the rest of the country, Nevada’s cannabis industry is still well on its way to making a full recovery.” 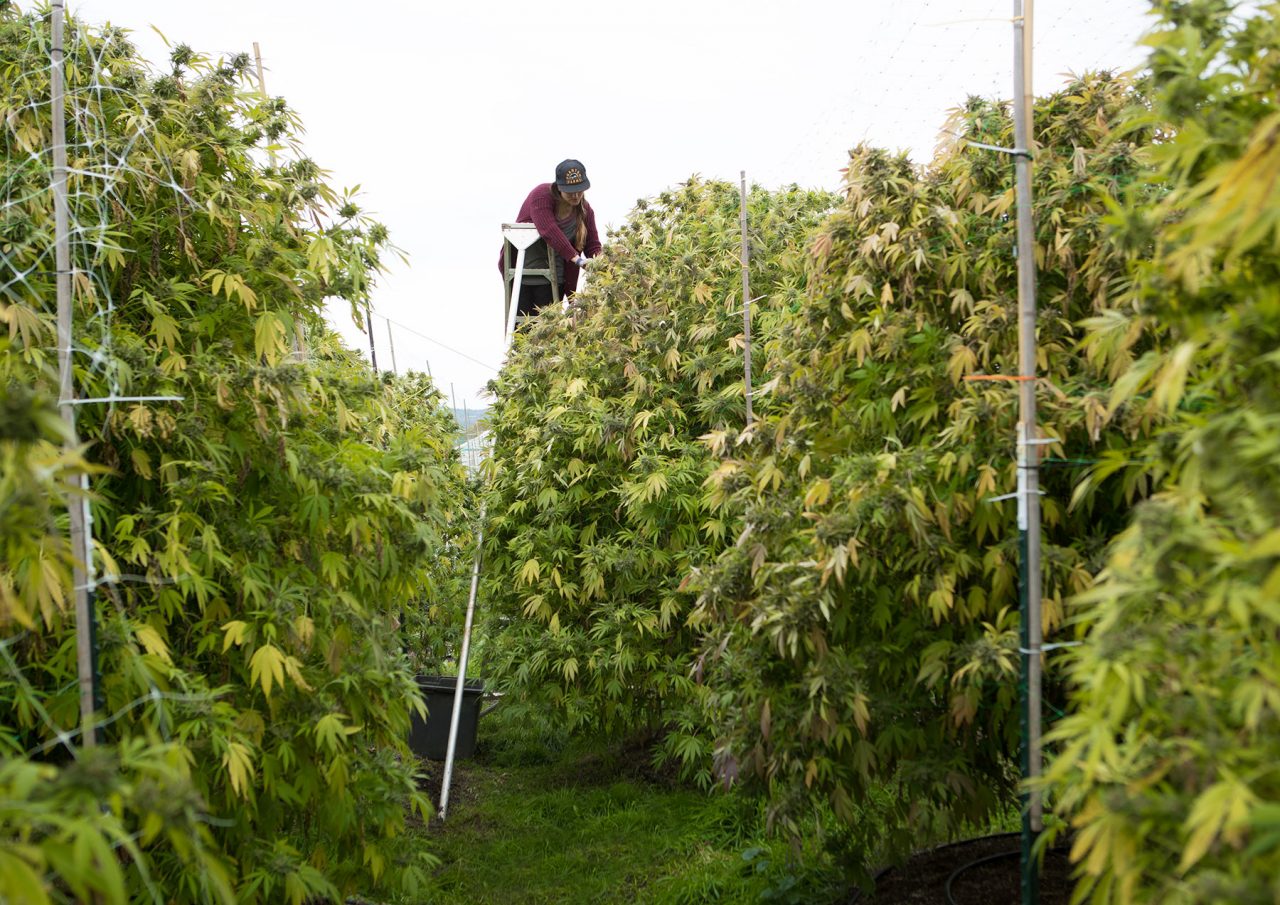 C21 Investments Inc. (CSE: CXXI)(OTCQB: CXXIF) delivered unaudited financial results for the third quarter of fiscal 2020 ending October 31, 2019 with revenue of $10.58 million, a sequential increase of 7.5% over the second quarter and a big jump over last year’s $305,011 for the same time period. The net loss for C21 was $5.1 million for the third quarter.

“We delivered impressive third-quarter results reflective of the significant progress we made toward our strategic objectives. We rationalized our operations, achieved improved efficiencies, and have sharpened our focus on leveraging the strong brand awareness of our product portfolio. The positive changes we are making better position C21 for success over the long-term,” said Sonny Newman, President, and CEO, C21 Investments.

The company has seen success in its Nevada operations, while Oregon has had to restructure. Oregon reported a net loss of $6.5 million, while Nevada delivered a net profit of $5.6 million.

C21 said that it continues to leverage the vertical integration of its businesses by bringing our strong Oregon brands online in Nevada, which now include Phantom Farms CBD line of products, pre-rolls, with Phantom flower awaiting state approval of packaging.

C21 Investments undertook an appraisal of the Oregon leaseholds and real estate assets, which resulted in a write-down of $4.2 million in the quarter. This one-time charge reduced the quarter’s earnings per share by 5 cents to ($0.06).

“Strategically we set a course to become an efficient and profitable business with strong fundamentals. This has resulted in significant growth in adjusted EBITDA and operating cash flow results for the quarter, positioning the company to become profitable in the near term,” said Michael Kidd, Chief Financial Officer, C21 Investments.

The company noted it is involved in two different lawsuits.

A complaint was filed in the Oregon State Circuit Court for Clackamas County, on April 29, 2019, by two
current owners of Proudest Monkey Holdings, LLC (the former sole member of EFF), alleging
contract, employment, and statutory claims with an amount in controversy of $1,837,500 against the
Company, its wholly-owned subsidiaries 320204 US Holdings Corp, EFF, Swell Companies Limited, and
Phantom Brands LLC, in addition to three directors, two officers, and one former employee. The Company
and the other defendants wholly deny the allegations and claims made in the lawsuit and is defending and may
counterclaim through the lawsuit. As a procedural update, the Company has filed an Oregon Rule of Civil
Procedure (ORCP) 21 motion to dismiss all of the Plaintiffs’ claims against it, its wholly-owned subsidiaries,
and other defendants; the Rule 21 motions are pending before the court. Further, the Company’s recent
internal investigation, findings and self-reporting of actions and alleged malfeasance by the Plaintiffs at the
EFF facility (discussed more fully below under Oregon Compliance) should serve to bolster the Company’s
defense and potential counterclaims in the litigation. Given that this legal proceeding is in a premature stage
and the Company wholly denies the claims, no provision was recorded

On or about May 30, 2019, Wallace Hill filed a civil claim in the Supreme Court of British Columbia alleging
breach of contract and entitlement to 1,800,000 common shares of the Company, fully vested by March 1,
2019, and damages due to the lost opportunity to sell those shares after such date for a profit. On June 23,
2019, the Company circulated a letter to Wallace Hill terminating the agreement and accepting Wallace Hill’s
repudiation of the agreement based on Wallace Hill’s previously published defamatory comments and
termination of the agreement. Also, on June 23, 2019, the Company filed its response to the civil claim
denying all claims and filed counterclaims alleging breach of contract, a declaratory judgment of termination
of the agreement, defamation and an injunction from further defamatory comments. The civil action is
pending, and it is too early to predict its resolution. 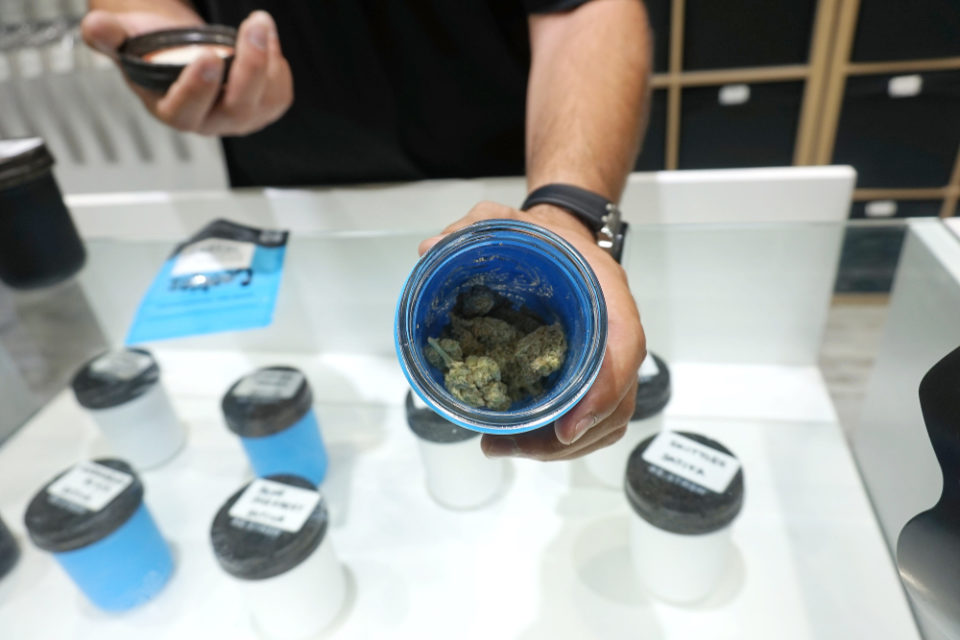 C21 Investments Inc. (CSE: CXXI) (OTC: CXXIF) announced unaudited revenue of $3.2 million for the month ended May 31, 2019. Unaudited Gross margin (before fair value adjustments) is estimated to be 50%. This amount reflects revenue from the Company’s operations in Nevada and Oregon. These figures include revenue from Swell Companies, starting from the closing date of the acquisition of May 24, 2019.

According to the company statement, the company delivered $7.7m in first quarter reported sales, Q1 had 89 days which is an average of $86,500 per day.  The company’s May sales increased averaging $103,000 per day. During the month, C21 Investment’s retail dispensaries completed a record 53,120 customer transactions compared to 38,076 for May 2018, prior to their acquisition by C21.

“Our operations continue to provide strong growth and C21 Investments is reaping the rewards of our vertically integrated strategy,” said Robert Cheney, President, and CEO of the Company.  “We look forward to continuing to increase shareholder value as our operations expand and grow.”

“Hood Oil is one of the most prominent brands on retail shelves in Oregon, providing competitive quality, price, and consistency in the value segment,” said Sky Pinnick, Chief Marketing Officer for the Company. “With the same strategy of providing maximum value at a competitive price, Hood Oil vapes address the increased demand for oil-based cannabis products in Nevada.”