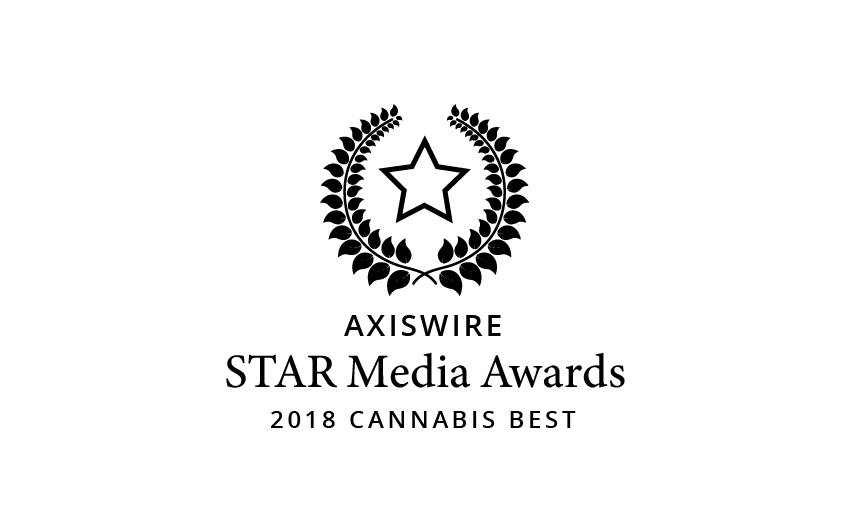 “Removing the stigma and reversing the perceptional course of cannabis in the world requires mass media and strategic communications efforts,” expressed Cynthia Salarizadeh, Founder of AxisWire and Managing Partner. “The men and women behind changing the conversation and course of cannabis have been largely ignored for their part in industry advancement. In an open effort to recognize their massive contributions, and to provide an opportunity to thank them for their work, the collective teams of AxisWire and a majority of the top PR firms throughout cannabis came together to award the journalists and publications that we have all been working closely with since the start of regulation. They each deserve the recognition.”

Held in Las Vegas, Nevada, during the Marijuana Business Conference & Expo, the STAR Media Awards were designed to honor excellence cannabis writing; an often under recognized facet of the cannabis industry.  Attending the ceremony were some of the best and brightest in the world of cannabis journalism, many of whom have been covering the cannabis space for decades with little to no recognition.

The 2018 Star Media Award winners are:

Awards for the evening were presented by our keynote hosts that included Dr. Robert Flannery, Debra Borchardt, Rosie Mattio and Shawna McGregor. The event’s sponsors included Dr. Robb Farms, Mood 33 Infusions, Saka Wines, Passport Cannabis, GreenHouse Ventures LLC,PinkHaze, and Gold Q. The evening was flush with brands showering the media with product to thank them for all of their work.

About STAR (Submit To A Reporter):
The STAR Source Locator is the only platform in cannabis of its kind. This service will connect journalists seeking sources and content with entrepreneurs and industry leaders through a vast network of experts in all divisions of the cannabis space.  Subscribers will receive story requests directly to their emails and will cut through the random pitching of press, to an effective pitching process that is directed at stories the journalists are actively working on. STAR is free for journalists and is $99.99 per month for subscribers.

About AxisWire:
AxisWire, headquartered in Los Angeles, is the industry’s first tech platform designed for cannabis entrepreneurs to expose their brands and cannabis journalists to seek out breaking stories. The platform provides a newswire distribution and PR tech suite of services including press release distribution, press release writing, consulting and compliance services. AxisWire also features the STAR Source Locator specific to the cannabis industry to assist in facilitating story development between journalists and brands. This platform was created and now operating through a collaborative merger of the most influential and innovative PR and marketing firms operating within the cannabis industry. AxisWire is positioned to sit at the center of all things cannabis media. For more information, please visit axiswire.com. Follow us on social media @AxisWire.

Happy 4/20 everyone. It’s the day the cannabis industry likes to celebrate as their special holiday. It’s become a huge business deal for the industry.

A recent study done by LeafLink predicts that this 4/20 will be the first ever to have retail sales top $1B, even reaching as high as $1.2B, based on their wholesale marketplace figures. According to Flowhub, in 2017, total sales of cannabis by consumers on 4/20 represented a 44 percent increase from an average Thursday and 30 percent more than an average Friday.

The big news this week had to do with biotech company GW Pharmaceuticals. The company received very positive comments from the FDA. That left many market watchers with the feeling that the FDA will ultimately approve GW’s drug epidiolex for pharmaceutical sales in the U.S. While some believe this means that marijuana would immediately be removed from the controlled substances list. Think again. That still has to be done by Congress. However, it’s hard to argue that marijuana has no medicinal purposes, which is part of the schedule 1 designation if you can get a legal prescription for it.

Green Bits, headquartered in San Jose, announced it has raised a $17 million Series A funding round, led by Tiger Global, the New York-based investment firm, along with participation by Snoop Dogg’s Casa Verde Capital.

Medicine Man Technologies (MDCL) announced today the preliminary financial results for the quarter The company reported approximately $1.2 million in revenue for the quarter, a 122% increase over the same quarter last year and representing the fifth consecutive quarter of revenue growth.

Ontario-based Aphria Inc. (APHQF) reported that its revenues for the third quarter ending February 28 were C$10.2 million versus last year’ C$5.1 million for the same time period, an increase of 100%. Revenue increased 20% sequentially from C$8.5 million.

Lots of acquisitions to report…..

MPX Bioceutical Corporation  (MPXEF)  signed a letter of intent to acquire all the issued and outstanding shares of private company Canveda Inc., a Licensed Producer under Health Canada’s Access to Cannabis.

Civilized Worldwide Inc. announced that it executed a strategic investment and collaboration agreement with Canopy Rivers Corporation where they will invest C$5 million in Civilized via a convertible debenture and the companies will work together on various online, media and event mandates relating to the cannabis industry. 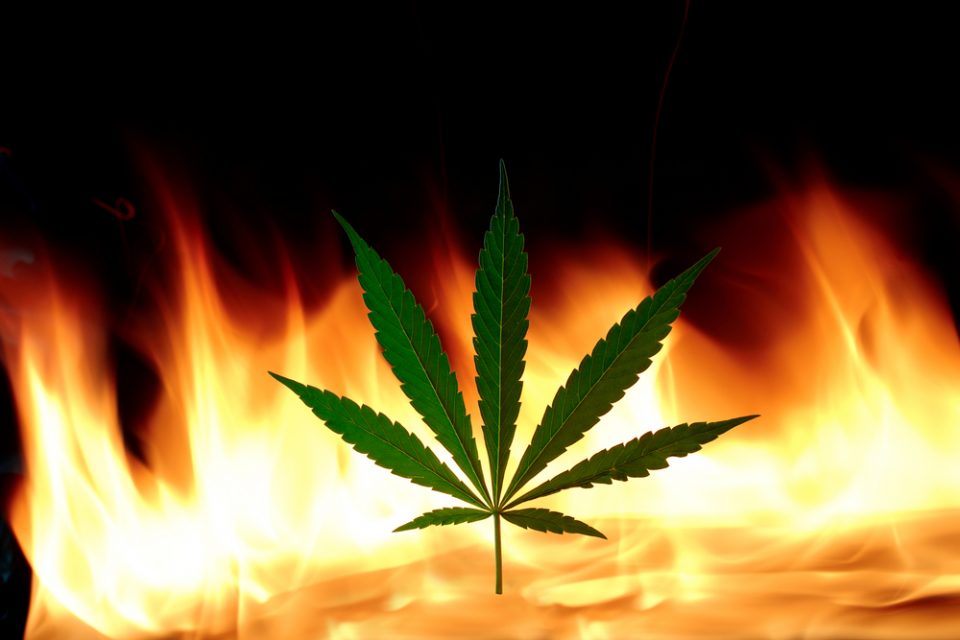 Several cannabis media companies have completed deals with valuations rising in the category making the group a hot ticket.

Civilized Worldwide Inc. announced that it executed a strategic investment and collaboration agreement with Canopy Rivers Corporation which is an affiliated strategic investment partner of Canopy Growth Corporation (TWMJF). According to the statement, Canopy Rivers will invest C$5 million in Civilized via a convertible debenture and the companies will work together on various online, media and event mandates relating to the cannabis industry.

“Civilized lives at the intersection of modern media and cannabis,” said Mark Zekulin, President of Canopy Growth. “They have a premium digital audience throughout North America and have established an events platform where individuals and industry can communicate and work together as we continue to educate stakeholders and evolve the global perception of cannabis.”

Civilized is aggressively implementing its monetization strategy across its three platforms: Civilized.life: a sophisticated news and entertainment website that reaches 2 million unique visitors per month throughout North America. Civilized Studios: a multi-platform video content network curating, publishing and producing broadcast-quality video and original content pertaining to the all things cannabis. Civilized Events: a platform to provide exclusive branded experiences for both the cannabis industry and consumers – from intimate dinner parties with industry executives and opinion leaders, to large-scale events such as the first-ever World Cannabis Congress to take place in Saint John, New Brunswick June 10-12, 2018 (worldcannabiscongress.com).

Long-time cannabis lifestyle publisher High Times announced the acquisition of Green Rush Daily. Terms of the deal were not released, but it was previously noted that it was an all-stock transaction. High Times said that Green Rush Daily would continue to operate independently, but would be considered part of the High Times stable of brands like the Cannabis Cup.

According to the High Times Preliminary Prospectus, on August 31, 2017, THC entered into an online sales representative agreement with Green Rush Daily Inc. “Under the terms of the agreement Green Rush appointed Trans-High as Green Rush’s exclusive sales representative with respect to (a) all advertisements to be sold or otherwise offered to third-party advertisers on the Green Rush websites, and (b) all advertisements for display to retail and wholesale channels on the websites. All fees received from advertisers on the Green Rush website are to be split 70% to THC and 30% to Green Rush. In a related development, THC entered into a three-year employment agreement with Scott McGovern, the owner of Green Rush, under which Mr. McGovern became Senior Vice President of Publishing of the THC Group. In partial consideration for obtaining the online sales representative agreement, Hightimes Holding issued to Scott McGovern an aggregate of 577,651 shares of Class A Common Stock.”

Javier Hasse reported that the deal was valued at $7 million. Hasse said that McGovern received $500,000 in cash and suggested if the IPO goes through at $11 a share then his shares would be worth $6.4 million.

PROHBTD Values Itself At $25 Million

Video media company PROHBTD launched in 2015 and raised $2 million in 2017. The company announced it was raising $5 million in Series A equity round with a valuation in excess of $25m.

“We’ve raised $2 million in private, outside capital from a group of investors, including actor Donald Glover. We were able to connect with people who all believed in what we are doing and saw this as a valuable opportunity. We’re also working with Ackrell Capital out of San Francisco so right now is a great time in terms of creation and job opportunity. We have 30 full-time employees and numerous contractors.”

Dope Magazine based in Seattle has been rumored to have also raised additional money from investors but it hasn’t been announced yet as to the amount or who the investors are. Dope Media is a cultural cannabis magazine that was founded in 2011 by David Tran, Trek Hollnagel, Evan Carter, James Zachodni and Nathan Chrysler. The company is backed by Hypur Ventures and Poseidon Asset Management.