It’s time for your Daily Hit of cannabis financial news for December 12, 2019.

The Illinois-based Cresco Labs (CSE: CL) (OTCQX: CRLBF) is looking to shore up its balance sheet by selling off one of its properties. Today the company announced that it would sell its Lincoln, Illinois cultivation facility to GreenAcreage Real Estate Corp. (GreenAcreage), for $50 million. Though Cresco is technically selling the property, which is still under construction, the company has entered into a triple-net lease agreement with GreenAcreage and will continue operating on the property as a licensed medical & recreational cannabis cultivation and processing facility.

The women’s cannabis networking organization known as Industry Power Women joined forces with Accelerate Cannabis during the 2019 MJ Biz Conference to recognize three individuals and their efforts within the cannabis industry. During the Mid-Atlantic Mixer, Saphira Galoob, Erica Daniels and Kristin Jordan each received engraved crystal awards in recognition of their work.

MedMen Enterprises Inc. (CSE: MMEN) (OTCQX: MMNFF) announced the execution of several financing agreements. First, the company executed a term sheet for a non-brokered offering of subordinate voting shares worth $27 million, which is expected to close on or around December 18, 2019. MedMen also announced an amendment to the terms of a senior secured convertible credit facility arranged by Gotham Green Partners, securing an additional $10 million in funding. In addition to the two financing agreements, the company executed a binding term sheet in respect of certain amendments to the definitive agreements for the $78 million senior secured term loan, which is expected to mature on January 31, 2022.

Canopy Growth Corporation (TSX: WEED) (NYSE: CGC) announced the launch of a hemp-based line of CBD products. Dubbed “First & Free,” the new line of products will include a variety of formats such as soft gels, oil drops, and creams. The products will be made available through the company’s new e-commerce site www.firstandfree.com.

Columbia Care Inc. (NEO: CCHW) (OTCQX: CCHWF) (FSE: 3LP) today signed a definitive agreement for its first sale-leaseback with NewLake Capital, valued at $35 million. The agreement involves six properties across three states (California, Illinois, and Massachusetts), and totals approximately 127,000 square feet of space. The transaction includes a dispensary in San Diego, California; a dispensary in Chicago, Illinois; dispensaries in Greenfield and Lowell, Massachusetts; and two cultivation and manufacturing facilities in Lowell, Massachusetts and Aurora, Illinois. “As our markets come on-line and mature, we intend to demonstrate the power and scale of our economic model by generating positive cashflow at the individual product, facility and market levels, as well as on a consolidated basis,” said Nicholas Vita, Chief Executive Officer of Columbia Care.

It’s time for your Daily Hit of cannabis financial news for August 7, 2019.

Online cannabis wholesale marketplace, LeafLink announced the completion of a $35M Series B round of funding. The round was led by Thrive Capital. Current investors Nosara Capital, Lerer Hippeau, Wisdom VC, and Thought Into Action Ventures also participated in the round alongside L2 Ventures.

Columbia Care Inc. (NEO: CCHW) (OTCQX: CCHWF) reported financial results for its second quarter ending June 30, 2019, with revenue increasing 102% to $19.3 million and 50% sequentially. The net losses grew to $33.7 million versus $4.2 million for the same time period in the previous year. The company blamed the losses on the “recognition of listing fee and share-based compensation expense, as well as higher operating expenses related to the company’s expansion in both new and existing markets.”

The Green Organic Dutchman Holdings Ltd. (TGOD)  (TSX: TGOD) (US: TGODF) has submitted an application to list its common shares on the NASDAQ according to a statement from the company. “This is an important step in the growth of TGOD, one that will broaden our investor base and increase access for international investors as we build the leading global organic cannabis brand”, commented Brian Athaide, CEO of TGOD.

Guest Post: The Legal Status of CBD Oil in Italy

The issue of legalisation of cannabis and its derived products has been under discussion for decades in Italy. However, with each passing year, the legal status of cannabis and CBD products only gets murkier.

Pasha Brands Ltd. (CSE: CRFT) (OTC:CRFTF) (FSE:ZZD) announced that it has secured eligibility from the Depository Trust Company (DTC) to list its shares on the OTC Markets. “We are very pleased to have obtained DTC eligibility,” said Patrick Brauckmann , Executive Chairman of Pasha Brands. “This status will make the process of trading our stock in the United States much easier. We expect that this will make our shares available to a larger percentage of the investment market, which should improve the liquidity of our shares and therefore benefit Pasha and our shareholders.”

After the market close yesterday, GW Pharmaceuticals (NASDAQ: GWPH) announced that it has released its financial results for the second quarter, ending on June 30, 2019. Revenue for the quarter was $72 million, the vast majority of which was generated from sales of CBD-based drug Epidiolex ($68.4 million). Net income was $79.7 million, up from a net loss of $84 million in the same period of the previous year. “We are pleased to report a strong second quarter of sales of Epidiolex in the US, reflecting high demand by US patients, increased prescribing by healthcare providers, and ongoing progress in payor coverage determinations,” said GW CEO Justin Gover. “In Europe, we are pleased to have recently received the positive opinion from the CHMP which clears the way for an expected approval in October.”

CV Sciences, Inc. (OTCQB:CVSI) announced the release of its financial results for the second quarter, ending on June 30, 2019. Revenue for the quarter was $16.9 million, representing an increase of 36% over the same period in the previous year. The gross margin improved slightly, rising from 70.8% to 70.9%. Operating income was $1.3 million. “We remain highly confident in the long-term growth of hemp-based CBD and will continue to lead the industry in quality, innovation and both regulatory adherence and support as the market develops,” commented CV Sciences CEO Joseph Dowling. 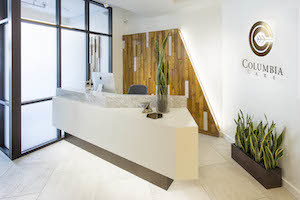 Columbia Care Inc. (NEO: CCHW) (OTCQX: CCHWF) reported financial results for its second quarter ending June 30, 2019, with revenue increasing 102% to $19.3 million and 50% sequentially. The net losses grew to $33.7 million versus $4.2 million for the same time period in the previous year. The company blamed the losses on the “recognition of listing fee and share-based compensation expense, as well as higher operating expenses related to the company’s expansion in both new and existing markets.”

“We are pleased to deliver revenue growth of over 100% year-over-year and over 50% sequentially. With the majority of our facilities and markets in development, as well as several important product and service launches anticipated in the third and fourth quarters, we look forward to the future,” said Nicholas Vita, chief executive officer of Columbia Care. “The capital we raised through our going public transaction has enabled us to leverage our scale, innovation, differentiated strategy and diversified growth initiatives across all of our jurisdictions, including our four most recent market launches in Florida, California, Ohio and Puerto Rico.”

Gross profits were essentially flat for the second quarter at $5.2 million over the same time period in 2018. The company reported that adjusted EBITDA of ($11.4) million compared to ($1.7) million for the prior-year period, reflected new market expansion, facility expenses, organizational growth and expenses related to the company’s go-public transaction.

Following the end of the second quarter, Columbia Care has launched operations in Florida, Ohio and Puerto Rico. It now has ongoing expansion activities in 12 of its 15 licensed jurisdictions. The company also reported that it has $125.3 million cash on hand as of June 30, 2019, and no debt.

In June Columbia Care announced that it received both Schedule I controlled substance manufacturing and export licenses from the New York State Department of Health. The company said that the licenses demonstrate Columbia Care’s ability to meet New York State’s most stringent requirements regarding the handling and production of consistent, high-quality medical cannabis products for domestic research and global export, and supports its pending application with the US Drug Enforcement Administration (DEA) to permit distribution for research purposes throughout the US and for research and commercial medical purposes internationally. Subject to DEA approval, the Schedule I licenses will enable the company to participate in clinical research and export Schedule I cannabis-based medicines globally. 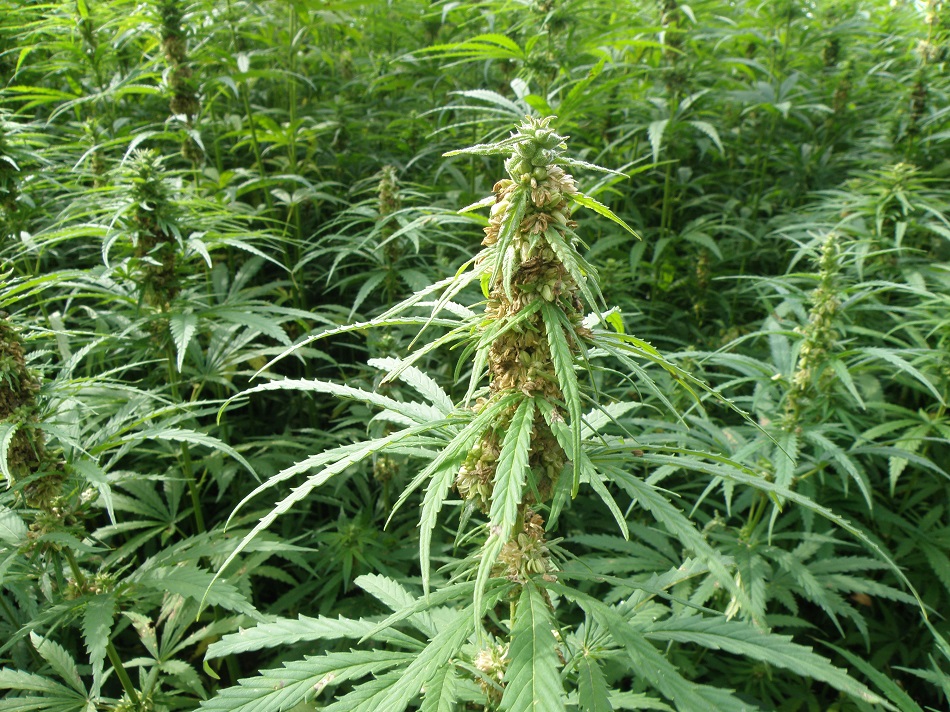 “Our strong year over year growth in 2018 has continued into 2019 with the launch of our state-of-the-art dispensary in Brooklyn as well as our entry into two of the largest medical cannabis markets in the United States, California, and Florida,” said Nicholas Vita, Chief Executive Officer of Columbia Care. “Access to the public capital markets will allow us to accelerate growth as we expand operations in 12 of our 14 existing jurisdictions and enables us to expedite the commercialization of our hemp-based CBD brands into traditional consumer retail channels. By leveraging our extensive patient data and institutional experience, we are committed to delivering products, services, and brands designed to meet the needs of consumers in markets where we believe we can have the largest impact.”

The adjusted EBITDA of ($10.4) million compared to ($2.3) million for the prior year period, reflected the company’s new market expansion, pre-opening facility expenses, organizational growth and expenses related to Columbia Care’s becoming a publicly traded company. Luckily the company is sitting pretty on pro-forma cash of $169.6 million including proceeds from the closing of the company’s go-public transaction on April 26, 2019 with zero debt.

Subsequent to the end of the first quarter 2019, Columbia Care has launched a new line of industrial hemp-based CBD products in conjunction with the opening of its newest dispensaries in Brooklyn, NY and San Diego, CA. Additionally, since the beginning of the year, Columbia Care has entered into lease agreements for dispensaries in Delaware, the District of Columbia and 13 new facilities in targeted markets in Florida. 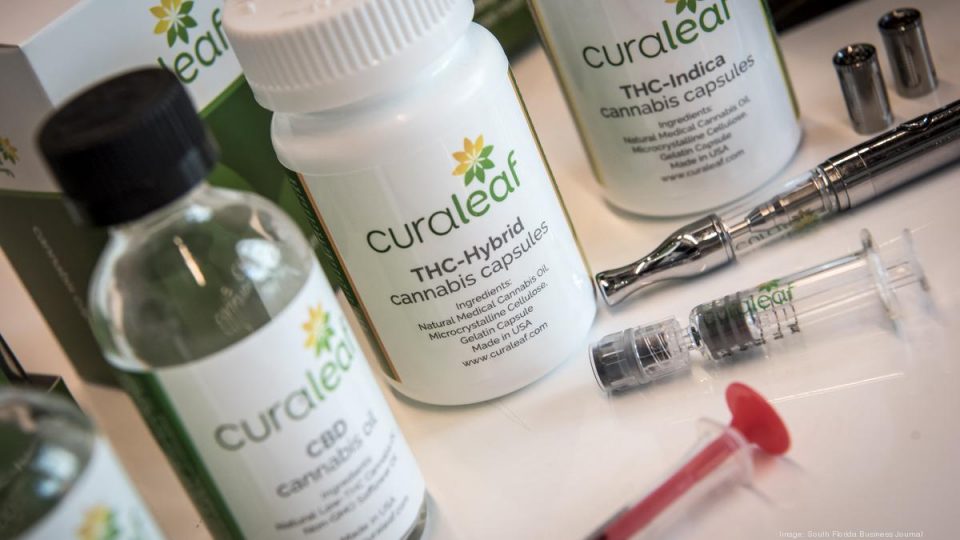 Curaleaf New York and Columbia Care have announced that Curaleaf will take over operations at Columbia Care’s medical cannabis dispensary in Plattsburgh, New York. The dispensary serves patients in multiple counties, including Clinton, Franklin, and Essex.

Although the dispensary will operate under the Curaleaf brand, day-to-day dispensary operations will be run by PalliaTech NY.

“Patients in the North Country rely on this site, and we are pleased we can continue to ensure patients have access to these important treatments that help manage painful and chronic conditions,” said Michelle Bodner, President of PalliaTech NY, in a statement.. “We are excited to join the Plattsburgh community and look forward to providing a warm, comforting atmosphere for patients and helping those in Clinton and surrounding counties with our high-quality medical cannabis products.”

“Columbia Care is grateful to have had the opportunity to serve North Country patients for the last two years. Clinton County and the City of Plattsburgh have been incredible partners in helping support our mission and ensuring patients received the care and access they require,” said Nicholas Vita, CEO of Columbia Care, in a statement. “We thank our patients, participating practitioners, elected officials, law enforcement and the community at large for the opportunity to serve the region. We have every confidence that patients will continue to be served well by Curaleaf.”

Columbia Care has begun transitioning to its new property and is expected to be complete by April 5, 2018. In the coming days, Curaleaf will begin operating at Columbia Care’s Plattsburgh location to avoid any lapse in treatment for the area’s patients.