Cannabis industry experts like Al Harrington from Viola and Ed Keating with CannaBiz Media believe there will be more consolidation within the cannabis industry in 2020. Sadly, some expect to hear of more failures as many entered the space thinking it would be easier that it is. Thank you for watching the Green Market Report! Be sure to subscribe to stay up to date with all out videos. 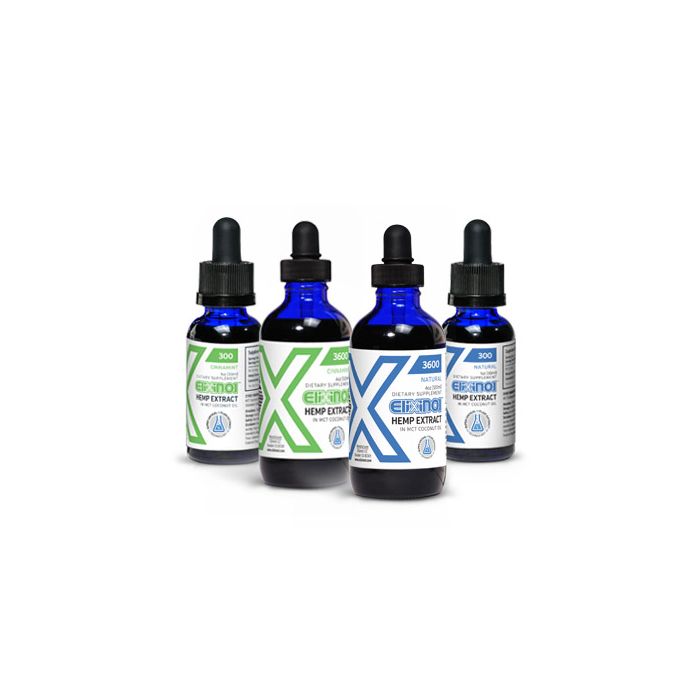 This interview was conducted at the 2019 MJBiz Conference in Las Vegas. Green Market Report sat down with Leif Harrison CEO Americas for Elixinol.

Debra Borchardt:             Let’s talk about the FDA and the guidance or lack of guidance that we’re getting from them on CBD. We know they have had public hearings, but I feel like they’ve been going back and forth on how quickly they’re going to react or make decisions around CBD. I mean, how is Elixinol addressing that or responding to them?

Leif Harrison:                     On staff, we have one of the best regulatory and compliance advisors, we think, in the industry, Joy Beckerman. She’s our face on all of the industry-leading associations and lobbying firms, and our point of contact for the best attorneys in FDA related law. And so we make sure that our voice is heard in how legislation should be moving forward. But I think it’s generally been a surprise to all of us that there are these pauses and there’s no news. And then there’s sort of a reaction to a long pause by restating things they’ve said before and people try to parse that out as much as possible but it’s really just saying the same things they’ve said before.

I think in general, for us at Elixinol, and I imagine others in the industry thought that by the end of 2019 we would see some material movement and where this is going. Instead, it seems to just be falling down to a simple argument. Is CBD a dietary supplement or isn’t it? And until that’s addressed head-on, the rest is really just a lot of turmoil for people trying to stake out how to run their businesses or what products and services to offer to the best of their ability. So it’s put a delay on what was otherwise, I think, a moment in time that we were targeting for some solutions and some outcomes instead of just more of the same.

Debra Borchardt:             One of the things that they did recently was they issued several warning letters to some fairly small companies. Certain marketing words triggered them. It seems though that by sending these warning letters it gets harder for the companies to actually just describe their products, not even say what their products can do, but just describe the products. Are you finding it really hard to work within those strict guidelines on verbiage?

Leif Harrison:                     Absolutely. It’s a constant tension. And then that doesn’t even take into account how this has been unfolding state by state. So labels are ground zero. We don’t make wellness claims, we never have. So our mindset has been in the right place with that from the beginning. But labels have been challenging because, okay, you have to say dietary supplement. No, you can’t say dietary supplements. Do you want to call it extract? No, it’s hemp supplement, whatever that is, and it’s this constant word game going around. And so it’s really who has the better argument at the end of the day because somebody is going to tell you it’s being done wrong and these whole issues need to be settled. We’re well into the twenty… This has been a year now, I can’t imagine going through 2020 and not having resolution to this.

Leif Harrison:                     It’s not like delaying is going to make the problem any simpler to solve. So the warning letters have been going out to characters in the industry who make wellness claims and they’re pretty blatant about it. So we acknowledge that that’s something we wouldn’t do. We understand why the warning letters go out. But at a higher level are potential class-action lawsuits, just strictly based on labeling state by state and best efforts. In one state you’re right in the next state you’re wrong. And federally you’re always wrong. So we’re not there yet.

I think keeping in line with the other companies in the industry that are essentially running every day to make sure it’s right, and if we have to change a label, we change a label. But at the end of the day, it’s essentially a full-spectrum CBD hemp extract product and the nutrition panels are right, the ingredients are right. What we say is in the bottle is in the bottle. If there’s something in the bottle, it’s listed in the proper amounts and all of that. So it’s essentially, operate to the best of your ability, but we don’t have closure and I think we’re further away from closure now than we thought we were going to be just a little while ago.

Leif Harrison:                     It’s not even just these decisions, they’re all, everything is being parsed to the maximum possible degree depending on what side of the fence you’re on. And everybody is finding lawyers that will write legal opinions in support of them and it’s confusing. It seemed like an unnecessary challenge to the farmers for the 2020 crop that’s going to be in place. So to practically enforce any of these things they’re trying to enforce also seems like a whole other set of challenges. So this has literally got to play itself out. I think there’s a little bit of time for the farmers for next year, but I don’t know if I’ve ever seen sort of a confluence of the laws of unintended consequences happening in one place at one time. So as soon as you think you’ve got something stated just right, boom, everybody comes and jumps on it and rips it to shreds. And whether you’re the government or a private company and it’s difficult.

Debra Borchardt:             Let’s talk about the company’s rebranding. You have changed your look and feel, what prompted that?

Leif Harrison:                     So this will be a rolling effort across all of our skus starting in January, with a big sort of commercial launch targeted for Expo East in March. But it’s just driven by a lot of consumer reaction that we’re maybe too masculine, too medicinal in our look and feel. We hear that loud and clear. And so we have a whole new marketing team on board and they’ve got a whole new vision for what the brand should be given what the demographics are in the industry and who’s buying. And we’ll be rolling that out on existing skus and new skus along the way.

Debra Borchardt:             Elixinol has always been really known for the quality of the product. It’s something that the brand is well known for and maybe more so than many other brands, but you’ve got an organic version coming out. Tell me about that.

Leif Harrison:                     Right. So in terms of quality, Brightfield Group has us rated as the number one CBD company for recommendations by store employees, for stores who carry our brand. But with that is, we’re trying to essentially meet the customer where they’re at. And most customers are brand new, they have a strong learning curve, they have a lot of noise in the industry, they need to filter through, and so we have a double challenge of not only trying to make the best products but also educating customers because most of them are new to this type of wellness product. So organic is just another differentiator. It’s sort of a natural extension that as there’s more and more opportunity for certified organic crops, certified organic processing, certified organic extract, CBD ingredients all the way down the supply chain, organic is not the end-all to be all, but it’s just a necessary option for a consumer who might feel that there’s a value difference in their wellness between a conventional tincture, let’s say an organic tincture.

Debra Borchardt:             Let’s talk about Japan. What happened there? You guys pulled out of that market?

Leif Harrison:                     Yeah, we pulled out. Elixinol went through a major leadership change last July so we’re about four to five months into new leadership. Part of that leadership was auditing every single aspect of the business and the markets we were in. And without question, our culture is built on compliance, and when we find that we’re not in compliance domestically or internationally, we take action. And in the case of Japan, it meant giving up on a market that we were in, but we weren’t in it in all the ways necessary to dot all the I’s and cross all the T’s. And we’re not interested in misrepresenting who we are, what our products are, just to be in a market. 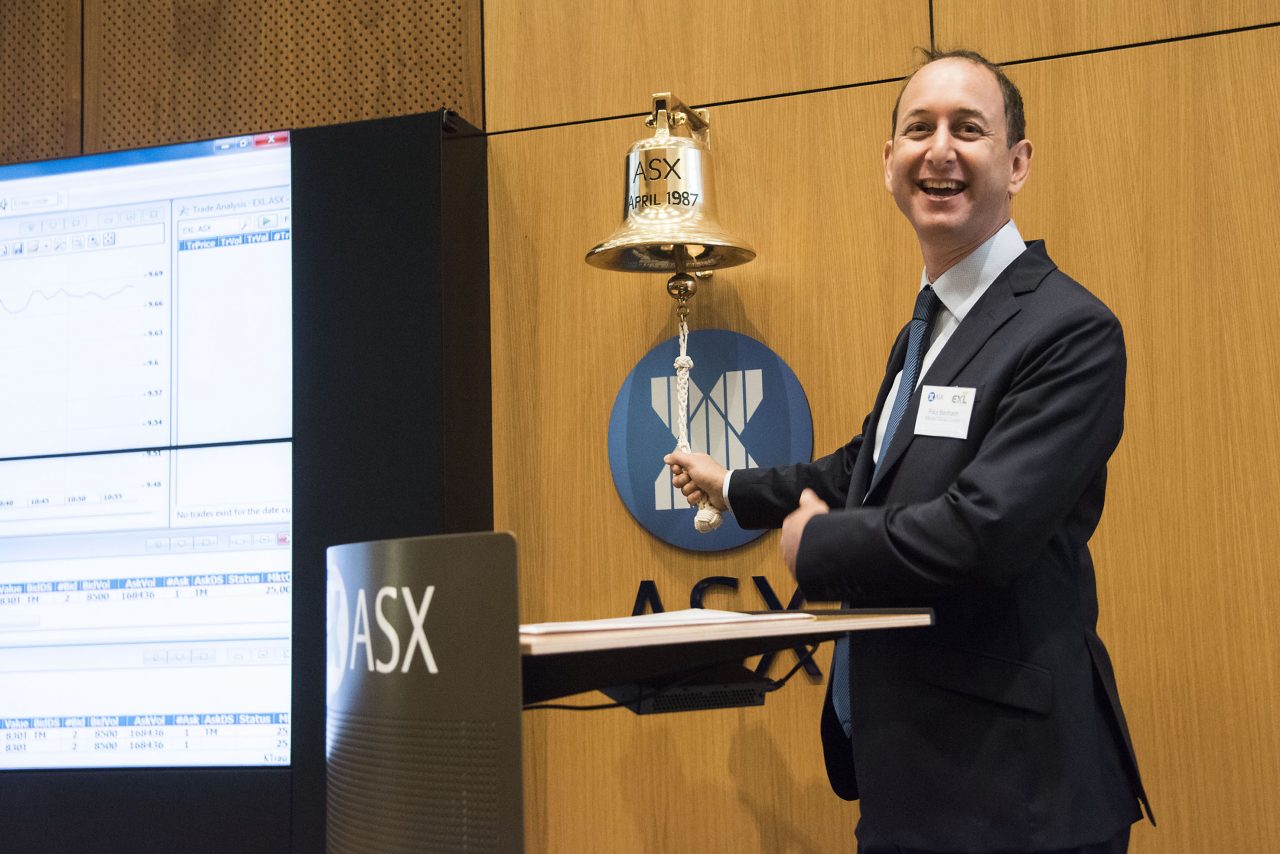 Elixinol Global, a newly created company, said that it would continue to move forward with its initial public offering on the Australian Stock Exchange (ASX), aiding to provide investors with access to the burgeoning demand for cannabis-infused products, despite worries around the globe.
As part of the offering, Colorado-based Elixinol is merging with Hemp Foods Australia and Elixinol Australia to form Elixinol Global. The companies did not say how much existing shareholders and investors would own of the newly created company, but noted the benefits of the combined company, calling it a “single-source access.”
“With global exports of Australian medical marijuana now approved, the world will
soon have single-source access to best in class medical marijuana and hemp
products from Elixinol, one of the world’s most trusted brands,” said Paul Benhaim,
CEO of Elixinol Global, in a prepared statement, announcing the transaction.
Elixinol Global’s CFO, Ron Dufficy, noted Benhaim’s previous achievements (Benhaim founded Elixinol, Hemp Foods, and Elixinol Australia) as part of a way to create value. “It is time to offer investors an opportunity to take advantage of the collective footprint in this revolutionary emerging global market while capitalizing on potential efficiencies,” Ron added.
The separate entities will still retain their core competencies, just under a single roof. For Australian-based Hemp Foods, that means focusing on making and selling “quality hemp food products and skin care.” Colorado-based Elixinol will still continue to sell “hemp-based
cannabidiol (CBD) dietary supplements and topical products from US and European
hemp,” whereas Elixinol Pty will “provide the globe access to medical marijuana exports from
Australia.”
The legal cannabis-infused products industry is expected to grow by more than three-fold over the next four years, topping $20 billion by 2021, according to data compiled by BDS Analytics. Separately, Brightfield Group, a cannabis investment research firm, puts the international market for cannabis-related products at an expected $31.4 billion by 2021, up from $7.7 billion today.
Whether it’s $20 billion or more than $31 billion, it’s clear the market is expected to grow, despite the proclamations U.S. Attorney General Jeff Sessions has made, as he attempts to curtail the legal cannabis market in the U.S.  Benhaim believes that the newly-formed Elixinol will be important to health-conscious consumers looking for their goods and products.
“We’ve worked very hard to make Elixinol the most trusted CBD brand in the world,” Benhaim said. “Elixinol Global is only the beginning of expanded opportunities for investors, strategic partners, and our global customers.”
Shares of the newly formed company are expected to start trading on the ASX on Jan. 8. under the ticker “EXL.”
CONTINUE READING