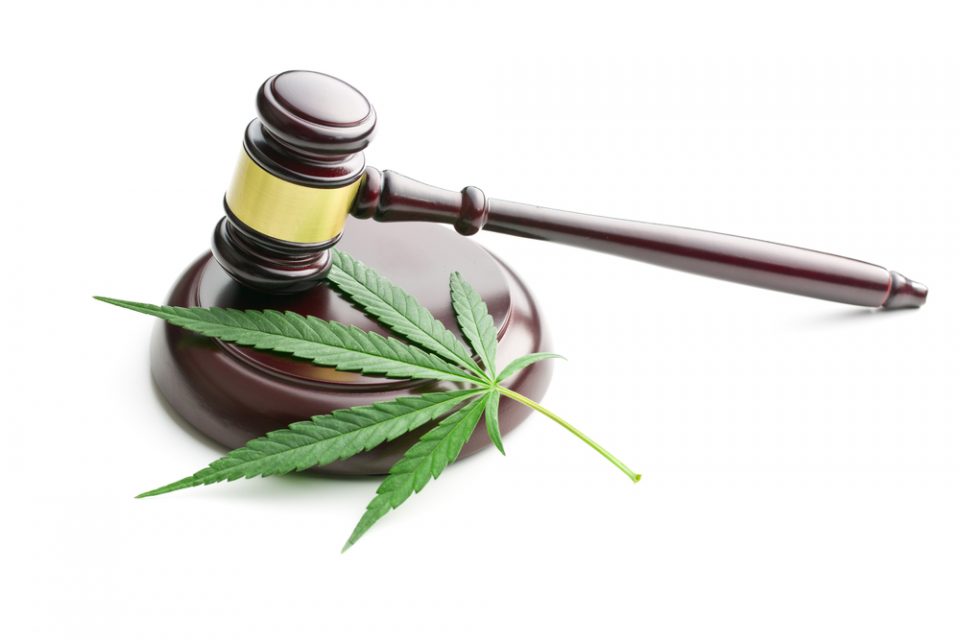 The SEC’s complaint alleges that Thompson, a repeated securities laws violator, and his company, Covalent Collective, Inc., directed numerous offerings of unregistered securities from 2014 to 2019, ultimately raising more than $19 million from approximately 500 investors. “As alleged in the complaint, Thompson used numerous mechanisms to solicit investors, including providing investors video and audio recordings in which Thompson encouraged investors to spread the word about the company’s securities to friends and family. The complaint further alleges that despite raising nearly $20 million, Covalent never commenced any revenue-generating operations. According to the complaint, Thompson diverted more than $2.7 million of investor funds for his own benefit.”

Green Market Report has followed the saga of Geoff Thompson and his revolving door of cannabis companies. Investors continued to complain to GMR as to why the SEC allowed Thompson to keep setting up cannabis companies and selling shares if he was really just ripping them off.  In September 2017, the SEC sued Thompson for securities fraud and registration violations in connection with another of his companies, Accelera Innovations, Inc. (See SEC v. Accelera Innovations, Inc., et al., 17-cv-7052 (N.D. Ill). In April of this year, Thompson agreed to a final judgment permanently requiring him to quit violating securities laws.

He was also required to pay $350,000, prejudgment interest in the amount of $74,000, and a $100,000 civil penalty. The court also imposed a five-year ban on Thompson from (a) serving as an officer or director of a public company and (b) offering penny stocks. Even while the SEC was investigating him for Accelera, Thompson founded Covalent Collective, Inc., f/k/a Doyen Elements International Inc. f/k/a Advantameds Solutions Inc. and would insist that any shareholder problems with Doyen were because “there were two Doyens and his wasn’t the bad one.”

Between July 2014 through at least June 2019, the SEC said that Covalent and affiliated entities offered several different investments, all of which were connected to Covalent common stock. The Covalent securities offerings resulted in the sale of over 800 investments, to approximately 500 different U.S. investors, cumulatively raising over $19 million. Thompson directed Covalent to use offering methods including unregistered broker-dealers, press releases, an investor relations firm, a public website, and a call center operated by Fortress Legacy.

Covalent sold “special warrants” to approximately 177 different investors, raising a total of approximately $8 million. Approximately 79 of the 177 investors did not indicate that they were accredited. Between 2018 and 2019, an additional 440 subscription agreements with 293 different investors, sold more than $8 million in Covalent common stock. Other investors affirmatively disclosed to Covalent that they were not accredited, but were still allowed to invest. Thompson would email audio recordings about the stock offering and promote it through a public website. Covalent never provided the common stock investors with a prospectus or financial statements.

As recently as July, Covalent shareholders were being told of a new endeavor called Black Bear Farms and posted a YouTube video updating the shareholders. The new board says they were informal advisors to Covalent and are now the new management team. The video also mentions the company Hempcentrics. Thompson talked about Hempcentric in a 2019 podcast and it is unclear whether he is still a part of the company. Covalent shareholders can receive shares in this company if they choose.

In a recent email, the company said this about Hempcentrics, “Hempcentrics, formerly known as North American Hemp, is a company rightfully owned by CC.  Gene (Berg) is working with the current Hempcentrics team to properly and fairly carve out our equity stake, taking into account what the individuals that have worked to form this company deserve.  Once complete, Bill Gregorak and myself (Sal Milazzo) will need to approve it.”

According to the SEC case, despite raising $19 million, Covalent never started any revenue-producing moves. Instead, Thompson is accused of giving $2.7 million to himself, his wife, and other companies he owed. Covalent asked Thompson to resign when this was discovered. The SEC is asking for disgorgement of ill-gotten gains and prejudgment interest, and civil money penalties from Thompson.

At the end of August, Covalent sent an email to shareholders saying it was rebranding its parent company to the name Cultive. Just two weeks prior to the SEC prohibiting the company from offering securities through the mail, the company said in its email,

We have decided on a structure that will offer all CC shareholders an equity stake in Cultive without having to further invest personal funds.  Thus, you will have interest in Cultive based on having shares in CC.  Furthermore, accredited CC investors will be invited to purchase additional shares, equal to the number of shares they originally bought in CC.  Basically, Covalent Collective will be issued 5% of our parent company.   46% of the company will be made up of CC accredited shareholders that choose to take advantage of our invitation to invest further in the business, along with those people that loaned Cultive funds to develop the farm and acquire the property and capital for the extraction facility and distribution center.  The remaining 49% ownership, as we have reported prior, is owned by the Joint Venture partners.

The new management team wants the investors to believe that they are trying to salvage this mess. Lawsuits involving attempted acquisitions (involving Thompson) and continuous requests for more money make that a difficult task. The SEC may move slowly and eventually punishes those that violate securities laws. However, it can’t return the money to investors and it can’t jail the individuals accused of violations. The SEC would have to refer the case to another agency to pursue incarceration. 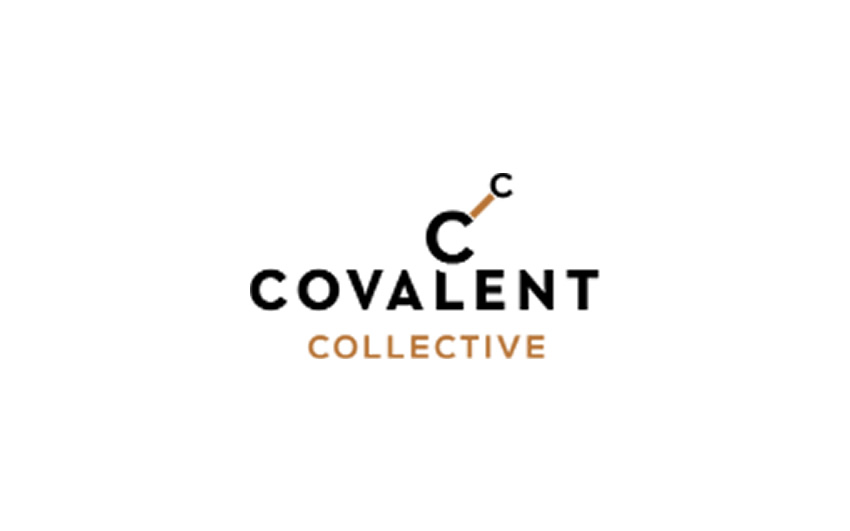 Colorado Springs, CO, Jan. 08, 2019 /AxisWire/ Doyen Elements International, Inc., a burgeoning network of vertically integrated cannabis businesses, announces its rebranding and renaming itself to CovalentCollective, Inc. (“Covalent Collective” or the “Company”). In addition, the Company announced Bill Gregorak as Chief Executive Officer, effective immediately. Prior to being named CEO, Mr. Gregorak served as Chief Financial Officer of Covalent Collective since February 2018. Mr. Gregorak takes over as CEO from Geoffrey Thompson, a co-founder of Covalent Collective, who will continue as leader of merger and acquisitions.

“The cannabis industry is evolving even more rapidly than any of the experts expected, and Covalent Collective’s value proposition differentiates us in a crowded marketplace.  Over the coming weeks, months and years, the vision we have will yield tremendous shareholder value, and position us for exponential growth,” said Mr. Thompson. “We are confident that the rebrand and name change to Covalent Collective effectively aligns with our core mission of building out a vertically integrated network of unique cannabis enterprises. It also allows us to capitalize on this rapidly expanding market by providing a means to greatly enhance and accelerate our partners’ growth potential. As we continue to grow Covalent Collective, we will focus our efforts on both organic growth and strategic acquisitions.”

In his role, Mr. Gregorak will direct all business units and strategy for Covalent Collective. Mr. Gregorak will also oversee the execution of the Company’s rebranding and acquisition strategy of plant-touching enterprises that grow, process and sell cannabis products.

“As a seasoned executive, Bill Gregorak brings to bear more than two decades of public company experience. Coupled with his broad background in managing relationships with customers, partners and investors, Bill has the right combination of skills and experience to lead our company and senior management team,” added, Mr. Thompson. “Throughout the search process, Bill’s unique skill set stood out as the best candidate for the CEO position and we are thrilled to have him lead us into our next level of growth and expansion.”

Prior to joining Covalent Collective, Mr. Gregorak served as CFO for publicly traded companies on both the NASDAQ and the OTC markets including Two Rivers Water and Farming, a company that builds and leases greenhouses optimized for marijuana cultivation and also specializes in the development of water resources for municipal, commercial and agricultural usage in Southwest Colorado.  Mr. Gregorak also spent nearly 20 years with tech giant Hewlett-Packard in various financial and operational capacities.

“Before taking Covalent Collective to the next level, we needed to develop a more sophisticated brand, one that better reflects our mission,” said Mr. Gregorak. “As we take this next step, our goal is to provide tremendous value to our partners, investors and potential shareholders. In order to achieve this, we are confident that a diversified, innovative collective of vertically integrated cannabis enterprises will allow us to optimize efficiency across the entire cannabis ecosystem.”

Covalent Collective, Inc. is a British Columbia, Canada company founded in 2014 and headquartered in Colorado Springs, CO. The Company is building a diverse network of vertically integrated cannabis-centric enterprises that span the entirety of the legal cannabis and hemp industries. With a vision to build the largest grow capacity in the U.S., Covalent Collective’s mission is to create stronger bonds throughout the greater cannabis community through the execution of a strategic acquisition and joint venture strategy that is strategically positioned to support eventual federal legalization in the United States. For more information, please visit https://covalentcannabis.com.