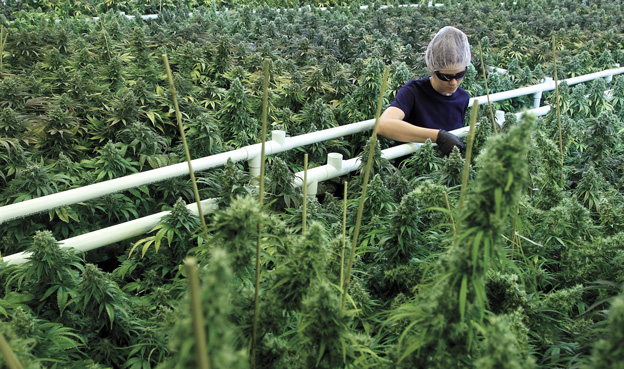 Canadian cannabis producer Canopy Growth (NYSE: CGC) is set to receive a large tax break for their new Kirkwood, New York facility. An economic development group, The Broome Industrial Development Agency, set a plan into motion on behalf of Canopy Growth. Canopy will receive a standard 15-year payment-in-lieu-of-taxes deal, qualifying for a 39% reduction in property taxes for the first five years of the agreement. When all is said and done, their tax break will equate to $1.7 million.

Canopy Growth began work on the 308,000 square-foot facilities in July. They purchased the facility from vacuum cleaner manufacturer Shop-Vac for $9.5 million and expect to invest more than $100 million in renovations. According to the company, there are a substantial amount of renovations needing to take place and its completion may take longer than anticipated. Canopy Growth told the IDA board they plan to extract and process hemp into CBD oils, topicals and consumables, initially starting with a vape and gummy line. The company plans to employ up to 75 people within three years and they want to pay the bulk of their employees between $30,000 and $50,000 annually. Canopy Growth says they will open hemp processing facilities in seven U.S. states next year.

The tax break request comes at a stressful time for Canopy Growth. The company, the largest in terms of the value of all marijuana-related publicly traded companies, has yet to post a profit. They reported a quarterly loss of over $117 million and they also failed to meet their revenue expectations. Canopy Growth’s stock is suffering alongside their loss, falling more than 70% since peaking last April. In trading on Thursday, it slumped 14% on the day to $15.83.

Go Farm Hemp filed a $1.9 million lawsuit last month against Canopy Growth with regards to the New York farm. Canopy paid the deposit for the agreement and two installments but failed to pay the third installment that was due August 15, 2019. Canopy was accused interfering with Go Farm’s performance by “threatening seizure of Go Farm’s crops and property without any right or authority” according to the lawsuit.