High Tide Inc. (OTCQB:HITIF) reported announced approximately $789,000 in systemwide gross revenues from April 18-20, 2020 (“4/20 Weekend”), which is a 79% increase over the $441,000 recorded from April 19-21, 2019, despite the COVID-19 pandemic limiting the Company’s scope of bricks-and-mortar operations. This is certainly positive news as the company closed its stores due to COVID-19 for two weeks at the end of March and in early April.

As a share of total sales, High Tide’s 31 branded retail cannabis stores across Canada contributed 68%, while e-commerce accessory sales primarily generated on Grasscity.com comprised the remaining 32%. An approximate blended gross margin of 39% was generated over the 4/20 Weekend by the business-to-consumer aspects of the Company’s assets.

“Our achievement of these record 4/20 Weekend results is evidence of the strong retail ecosystem of cannabis products and accessories that we have been building in brick-and-mortar and online over the last year,” said Raj Grover, President, and Chief Executive Officer. “High Tide continues to develop and enhance its retail brands, leveraging our decade of experience in the industry to attract, connect and retain loyal customers throughout North America and worldwide,” added Mr. Grover. High Tide continues to monitor the COVID-19 situation closely, while respecting the orders and guidance of public health and other government officials, as it operates its retail and wholesale business segments both locally and abroad.

High Tide also issued an aggregate of 1,966,666 common shares of High Tide to certain holders of unsecured convertible debentures of the Company, in satisfaction of the annual amount of interest due to the holders. Key industry investors in High Tide include Aphria Inc. (TSX:APHA) (NYSE:APHA) and Aurora Cannabis Inc. (NYSE:ACB) (TSX:ACB). 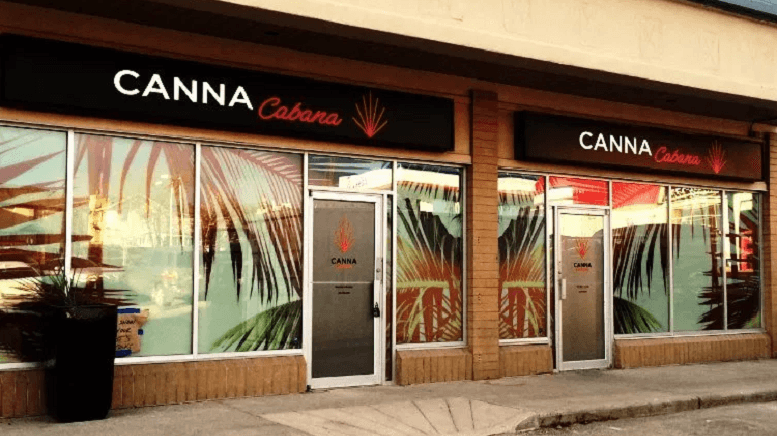 Alberta-based, retail-focused cannabis company High Tide Inc.  (CSE:HITI) (OTCQB:HITIF) delivered its financial results for the first fiscal quarter of 2020 ending January 31, 2020. Revenue for the quarter increased by 173%, to $13.6 million from $5 million in the previous year. The company said that the increase in revenue was primarily driven by the retail segment of the Company with operations of Canna Cabana and KushBar.

The company managed to trim its operating losses to $1.9 million from last year’s $4.8 million at the same time period. The net losses remained flat at $3.8 million for the 2020 fiscal first quarter.

“High Tide’s first-quarter results for the 2020 fiscal year confirm the company’s positive trajectory towards profitability, with our best quarterly numbers since going public in December 2018. The Company’s significant year-over-year increases in revenue and gross profit, coupled with cost-cutting measures across the organization, have helped narrow our loss from operations for the quarter by 60% over the same period of the previous year,” said Raj Grover, President & Chief Executive Officer. “For the remainder of this year, we will be focused on furthering our expansion in Ontario, Canada’s largest and most underserved market, with an expectation of seven additional stores by September 2020. With more Canna Cabana locations either under development or nearing completion in Alberta, we continue to grow our retail portfolio at a sustainable pace. I am also pleased to report that High Tide has continued to generate additional subscription-based revenue through our proprietary Cabanalytics data analytics service,” added Mr. Grover.

As of January 31, 2020, High Tide had a working capital deficit of $11 million, compared to a surplus of $1.9 million on October 31, 2019. The change is mainly due to convertible debt of $11 million and related derivative liability of $3 million maturing in less than 12 months as at January 31, 2020. During the first quarter of 2020, the company secured a credit facility of up to $10,000 from Windsor Capital. This transaction, among others, is expected to provide the Company sufficient liquidity to execute on its near-term expansion plan and for its working capital needs.

In December 2019, the Company acquired the remaining 49.9% of KushBar Inc. This transaction resulted in KushBar becoming a wholly-owned subsidiary of High Tide. Subsequent to the end of the first fiscal quarter of the 2020 fiscal year, High Tide entered into an agreement to sell the assets of KushBar in consideration for a deemed value of $12 million in common shares of Halo Labs. 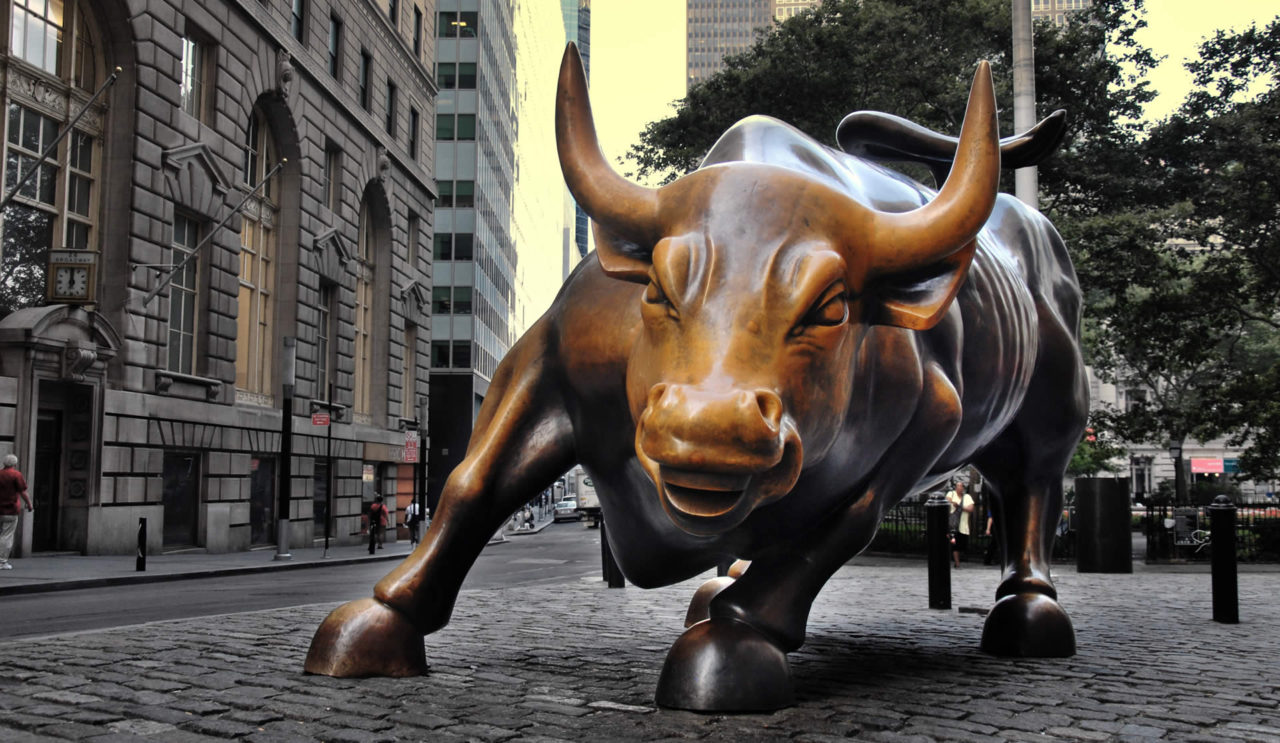 Green Market Report thanks the ArcView Group for allowing us to tape Marijuana Money from their event this week.

Constellation Brands (NYSE: STZ) wrote down its Canopy Brands (NYSE: CGC) investment to the tune of almost half a billion dollars. Constellation, which also owns Modelo beer and Robert Mondavi wines, said its share of equity losses from its roughly $4 billion investment came to $484.4 million.

Gotham Green Partners has invested an additional $20 million in iAnthus Capital Holdings, Inc. (CSE: IAN)(OTCQX: ITHUF) through the purchase of senior secured convertible notes. Green Gotham said it was part of a broader $100 million financing plan to support the buildout of all existing markets in which iAnthus currently operatesTerrAscend Corp.

TILT Holdings Inc.  (CSE: TILT) (OTCQB: TLLTF) has negotiated an agreement with six of its remaining founders regarding the immediate forfeiture of all 60,217,088 stock options granted at the time of the merger. Adjusting for the subsequent forfeiture, TILT’s Q2 2019 net loss of $48.9 million would have been almost entirely reduced, bringing the Company close to break-even.

Fire & Flower Holdings Corp. (TSX: FAF) its financial results for the second fiscal quarter ending August 3, 2019, with total revenue of $11.1 million versus $9.5 million for the same time period in 2018. The net loss for the quarter was $6.4 million.

48North Cannabis Corp. (TSXV: NRTH) delivered net revenue of $4.8 million marking 48North’s first full year of revenue, but a net loss of $8.1 million. In fiscal 2019, the company raised over $48 million and at the end of the year had $52.7 million in cash and cash equivalents on hand.

It’s time for your Daily Hit of cannabis financial news for September 30, 2019.

Gotham Green Partners has invested an additional $20 million in iAnthus Capital Holdings, Inc. (CSE: IAN)(OTCQX: ITHUF) through the purchase of senior secured convertible notes. Green Gotham said it was part of a broader $100 million financing plan to support the buildout of all existing markets in which iAnthus currently operates.

iAnthus has been building its market share at a rapid pace. Over the past 16 months, Chief Operating Officer Pat Tiernan said in a statement that the company currently has 27 open dispensaries, 11 of which have opened in the last ten months and the company is aggressively working to open another 12 in the next six months. Tiernan added, “We are growing in each of our markets and are one of the only MSOs that has meaningful revenue in multiple states, including Arizona, Colorado, Florida, Maryland, Massa

PathogenDx wants to become the new standard in DNA-based testing through widespread adoption of its advanced microarray testing platform for the cannabis, hemp, agriculture, food, and beverage industries. PathogenDx’s technology can rapidly identify and detect up to 50 pathogens all in a single test, in 6 hours providing triplicate data per analyte for certainty in results with a simple and easy process. This additional capital raise will allow PathogenDx to continue expanding its breakthrough technology into food and agriculture testing while continuing to build on its leadership position with a current portfolio of domestic and international clients in the cannabis industry.

48North Cannabis Corp. (TSXV: NRTH) released its financial and operating results for the fiscal year ended June 30, 2019. The company delivered net revenue of $4,820,000, marking 48North’s first full year of revenue, but a net loss of $8.1 million. In fiscal 2019, the company raised over $48 million and at the end of the year had $52.7 million in cash and cash equivalents on hand. As a result, 48North believes it is well capitalized to execute on its business plan.