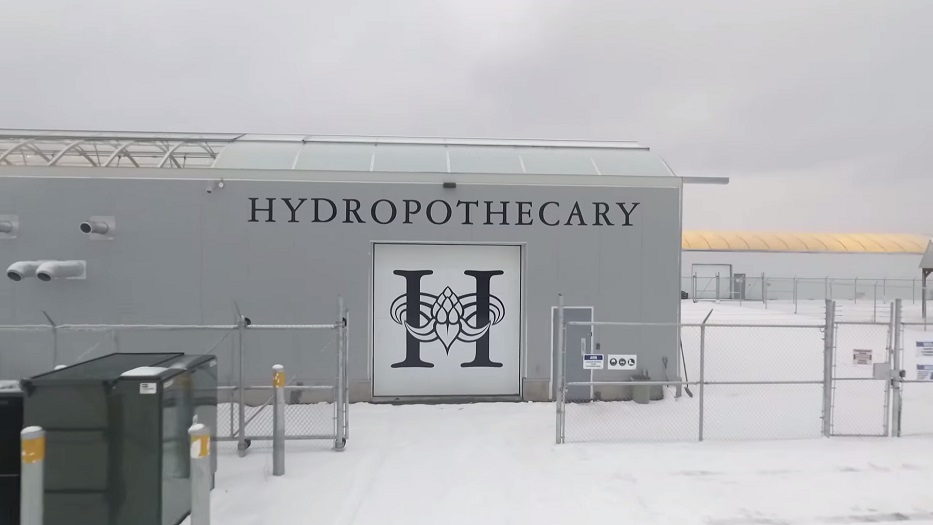 The previous shares will be delisted from the Venture Exchange on a voluntary basis. The company will get to celebrate by ringing the bell at the opening of trading on Friday.

“Graduating to a major exchange such as the TSX demonstrates Hydropothecary’s growth and proven ability to execute,” said Sebastien St-Louis, Hydropothecary’s Chief Executive Officer and co-founder. “Since 2013, our company has demonstrated our continuous commitment to providing industry-leading, innovative products while never compromising the quality or consistency that we are known for. We are thrilled to represent this on the TSX.”

In addition to the uplisting,  the company is changing its corporate name from The Hydropothecary Corporation to HEXO Corp. In connection with the name change, it will need to call a special meeting of its shareholders to seek shareholder approval for the change of its corporate name.  As a result of the new company name, the shares will change the ticker and will trade under the symbols “HEXO” and “HEXO.WT” respectively.  The company had previously announced the launch of HEXO as its new brand for the adult-use cannabis market while continuing to use the Hydropothecary brand for the medical cannabis market.

Just last week, Hydropothecary announced that the first two zones of its 250,000 sq. ft. greenhouse expansion had received its licenses from Health Canada, under the Access to Cannabis for Medical Purposes Regulations which allows the Company to transfer plants in immediately. This, along with the 1 million sq. ft. expansion set to be complete by year-end will bring total production capacity up to 1.3 million sq. ft. and will allow Hydropothecary to produce 108,000 kgs of dried cannabis annually.

“Our cultivation team has been preparing for this expansion for months and currently have over 6000 plants rooted and ready to be transferred into this newly licensed facility today, with many more in production,” said Hydropothecary Master Grower, Agnes Kwasniewska, Canada’s first female Master Grower. 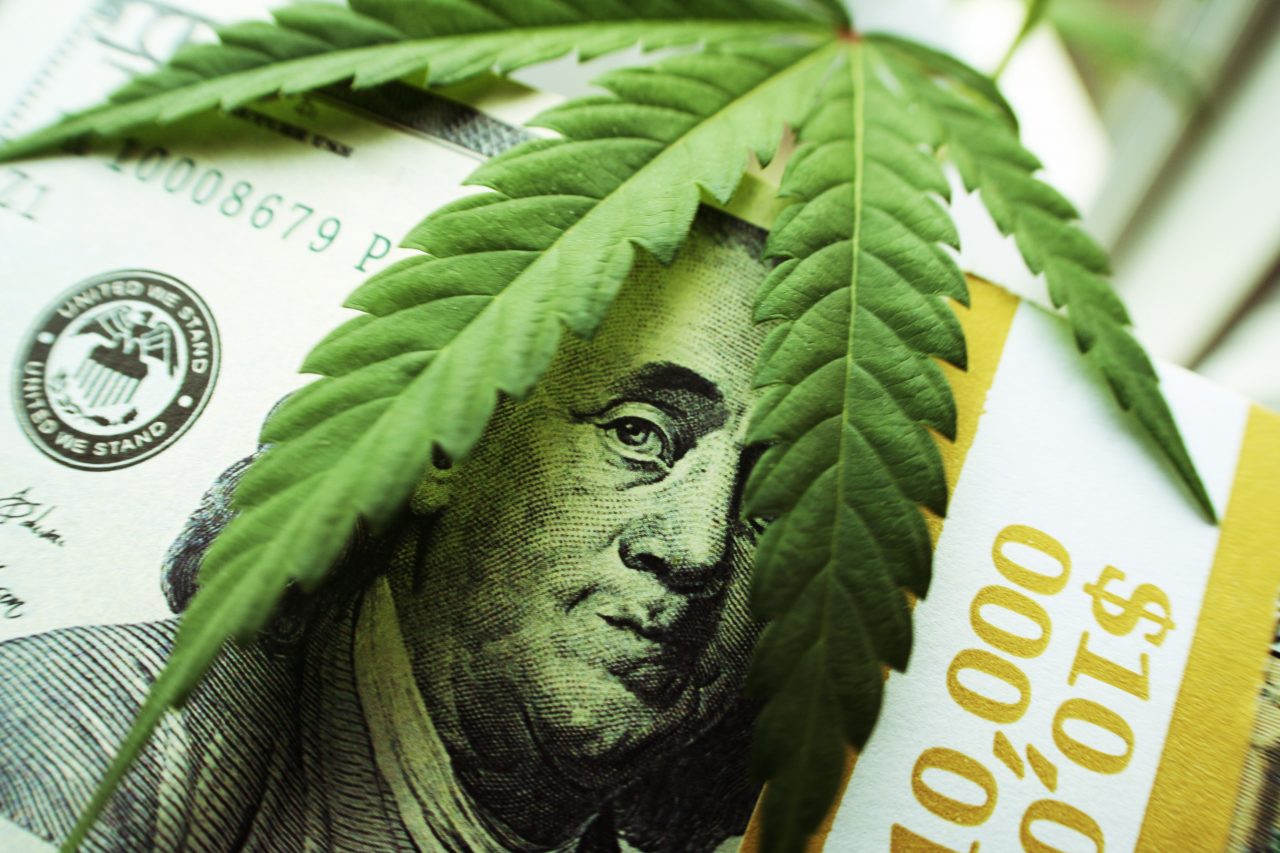 The Hydropothecary Corporation (THCX) today reported its financial results for the three and six months ended January 31, 2018, the second quarter of the 2018 fiscal year.

With a debt free balance sheet, the company has approximately $264.5 million in cash on-hand and short term investments.

Revenue for the second quarter increased by 29% to approximately $1.2 million, compared to $914,000 in the previous year. The higher revenue was due to higher sales volume but was offset by lower average selling prices.

Operational losses increased in the second quarter from $774,000 in the same period last year to $4.7 million, but was due largely to the higher expenses associated with operational expansions made in preparation for when cannabis become legal in Canada later this year.

The company has also two expansion projects currently underway, which included a 250,000 square foot greenhouse facility, which is expected to be complete in July 2018, and will be capable of producing 25,000 kilograms of cannabis per year. The second expansion, which is scheduled to be complete by the end of 2018, will increase the company’s annual capacity to 108,000 kilograms of cannabis.

Additionally, the company signed a letter of intent with Société des alcools du Québec (SAQ), the provincial crown corporation responsible for cannabis distribution in Quebec, to supply the province with 20,000 kilograms of cannabis for the first year of legalization. Negotiations with SAQ to reach a definitive agreement regarding the first year, and the years hereafter, are still ongoing.

‘‘We have achieved excellent revenue visibility as we approach the legalization of recreational cannabis, with the 20,000 kg supply commitment under our letter of intent (LOI) with SAQ and our medical cannabis sales. Predictable revenue streams from the recreational and medical markets, a debt-free balance sheet, two fully-funded expansion projects, and additional liquidity for corporate purposes, provide strong business certainty through Year 1 post-legalization and beyond. Without a doubt, this achievement is the most important milestone to date in our company’s history,’’ said Hydropothecary co-founder and CEO, Sébastien St-Louis, in a statement.

Arena Pharmaceuticals (ARNA) reported positive results from a phase 2 trial of its treatment for ulcerative colitis. After the market closed on Monday the company released a statement saying that a higher dose of its experimental drug etrasimod succeeded in improving symptoms associated with ulcerative colitis, a chronic bowel disease, in a mid-stage study. The U.S.-based company said it now plans on moving the drug to late-stage trials. A lower dose did not have such strong results. The company is looking for a positive compound following the lower than expected sales of its weight-loss drug and is hoping this drug will make up for that disappointment.

Supreme Cannabis Company (FIRE.V) announced it has entered into a definitive agreement to complete a C$10,000,000 strategic equity investment in Medigrow. Upon completion of the investment, Supreme will own approximately 10% of Medigrow.

Namaste (CSE:N) (NXTTF) announced that it has signed a Medical Cannabis Supply Agreement with Marigold Projects Jamaica Ltd. under its wholly owned subsidiary, Cannmart where Marigold will supply Cannmart with high-quality Jamaican produced medical cannabis, to be imported by Cannmart from Jamaica and offered in the Company’s online marketplace, subject to approval by Health Canada and the Cannabis Licencing Authority.

Invictus MD Strategies (TSXV: GENE) (OTC: IVITF) changed its share ticker from IMH to GENE on the Toronto Stock Exchange Venture Exchange. Invictus changed its TSX Venture symbol from IMH to GENE, effective March 20, 2018, to reflect the importance of the company’s new partnership with rock icon and branding genius Gene Simmons, anticipating that Simmons will play a vital role as the company marches into this historic year for Canada and cannabis.

Brayden Sutton, CEO of Friday Night, remarked, “We are very proud to be recognized as one of the 25 largest companies on the CSE by market capitalization. The inclusion of the CSE25 Index not only distinguishes our Company as a highly liquid issuer but gives validation to our business strategy and recognizes our impressive growth over the last 9 months of trading.”

Aurora Cannabis (ACBFF) announced the grant of three permits by the Australian Government, Department of Health, for the importation of cannabis into Australia for research purposes. The Permits were granted to the Pharmacy Australia Centre of Excellence (PACE) at the University of Queensland and allow PACE to import shipments of cannabis plant material for research purposes. Aurora, in turn, has received the required Canadian permits to export the cannabis to PACE. The cannabis will be shipped from Canada by Aurora and used for PreveCeutical’s soluble gel drug delivery research program, which is being conducted by PreveCeutical’s research partner UniQuest Pty Inc. and led by PreveCeutical’s Chief Research Officer, Dr. Harendra Parekh.

Aphria (APHQF) announced that it received a license amendment from Health Canada that provides Aphria with additional production space of 200,000 square feet, as part of its Part III expansion at its facility in Leamington, Ontario. This will more than triple the Company’s production capacity of medical cannabis from 9,000 kg annually to 30,000 kg annually.

CannaRoyalty (CNNRF) announced the appointment of Brent Cox to the Board of Directors of Trichome Yield Corp. a subsidiary of CannaRoyalty. Following this board appointment, the board consists of five members, four of whom are independent of CannaRoyalty. Cox is a founding partner of The Inception Companies, a private investment vehicle focused on the global cannabis market, following a number of years at The Yucaipa Companies, where he helped invest and monitor over USD$4.0 billion of private equity transactions. He currently serves on the boards of two successful vertically integrated U.S. cannabis companies, MedMen and The Pharm.

Hydropothecary announced the addition of three new members to its management team. Roch Vaillancourt (General Counsel), Sonia Isabel (Vice-President of Sales), and Jocelyn Racine (Vice-President of Finance) bring decades of management, financial, business, and legal experience to Hydropothecary as the company strengthens its leadership in the lead-up to the legalization of adult-use recreational cannabis.

TerraTech (TRTC) gave a business update ahead of the company’s earnings. It read as follows:
Company secures $40 million investment, to be made in eight tranches of $5 million over 24 months. Capex to be directed toward the build out of the Company’s cultivation, extraction and retail infrastructure in California, Nevada and New Jersey Capital injection positions the Company to leverage M&A opportunities and ramp its sales and marketing strategy 1 for 15 reverse split to be effected on March 13, 2018, to position the Company for a potential uplisting.