The company’s plan for the revenue of the sale is to invest in specialized real estate assets. The assets are intended for cultivation and processing facilities for corporate use and in alignment with the company’s investment strategy.

The company placed the public offering of 2.967M common shares at $73.25/share. Gross proceeds will equate to $217.4M. Underwriters are expected to be offered a 30-day option to purchase up to an additional 300,000 shares of its common stock.

According to MarketWatch, since the announcement of the public offering, the REIT’s stock has dropped 4.5% in premarket trading, pricing 7.8% Thursday’s close of $79.45. 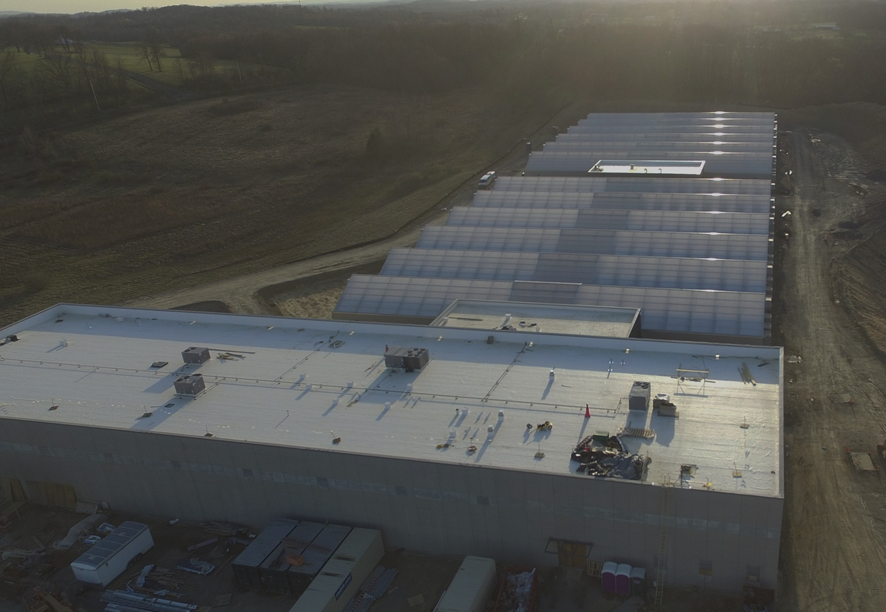 Cannabis REIT Innovative Industrial Properties (NYSE: IIPR) reported that its revenue increased by 150% to $3.9 million for the third quarter ending September 2018 versus $1.6 million for the same time period last year. The company also delivered a net income of $1.5 million or $0.21 per diluted share. The adjusted funds from operations, a measure typical of REITs was $2.6 million or $0.38 per share.

According to the company statement, the increases were due to the company’s acquisition of new properties and the annual escalation of base rent for two of the leases. The statement said that “Base rent under the lease with the PharmaCann subsidiary for one of the Massachusetts properties is abated until November 30, 2018, and base rent under the lease with GPI at the Michigan property was deferred until November 2, 2018.”

IIPR is also one of the few cannabis companies that pay a dividend and this quarter was no different. It is paying out its sixth consecutive dividend of $0.35 per share. This is a 40% jump over the second quarter dividend.

After the quarter ended,  the company acquired an approximately 58,000 square foot industrial property in Colorado for $11.25 million (excluding transaction costs) and entered into a long-term, triple-net lease with TGS for continued operation as a cannabis cultivation facility.

In addition to acquiring the Colorado property, IIPR completed an underwritten public offering of 2,990,000 shares of common stock, including the exercise in full of the underwriters’ option to purchase an additional 390,000 shares, resulting in net proceeds of approximately $113.9 million.

IIPR has invested approximately $121.5 million and has committed an additional approximately $15.9 million to reimburse certain tenants and sellers for completion of construction and tenant improvements at the properties. The average current yield on invested capital is approximately 15.4% for these ten properties.

Innovative Industrial Properties, Inc. (IIPR) stock fell 4% in aftermarket trading when the cannabis real estate company missed expectations for its first-quarter earnings. The company reported net income of $607,000 or $0.09 per share, while the average analyst estimate for the quarter according to Yahoo Finance was for $0.18, a miss of nine cents.

IIPR is one of the rare cannabis companies that pay a dividend and this quarter it paid its fourth consecutive quarterly dividend of $0.25 per common share on April 16 to stockholders of record as of March 29, 2018. According to a company statement, IIPR also completed an underwritten public offering of 3,220,000 shares of common stock, including the exercise in full of the underwriters’ option to purchase an additional 420,000 shares, resulting in net proceeds of approximately $79.3 million. That money will be used to invest in additional properties.

The cannabis company REIT owns six properties located in Arizona, Maryland, Minnesota, New York and Pennsylvania, totaling approximately 706,000 rentable square feet, which were 100% leased with a weighted-average remaining lease term of approximately 14.4 years. In a statement, IIPR said that it had invested approximately $75.4 million in the aggregate and had committed an additional approximately $6.5 million to reimburse certain tenants for tenant improvements at its properties. The company’s average current yield on invested capital is approximately 15.7% for these six properties.

Since the quarter ended it has acquired an 89,000 square foot property in Pennsylvania for approximately $5.8 million that Vireo will use to operate a medical-use cannabis cultivation and processing facility. In addition to that, IIPR has entered into an agreement to purchase one property for a total investment of $3 million and signed three non-binding letters of intent for three properties representing a total expected additional investment by the company of approximately $38 million.

Both the author and the book are awesome! Celebrate the Friday Book Club: Cannabis Cocktails ⁦@WarrenBobrow1⁩ https://t.co/oVTYZODxTE