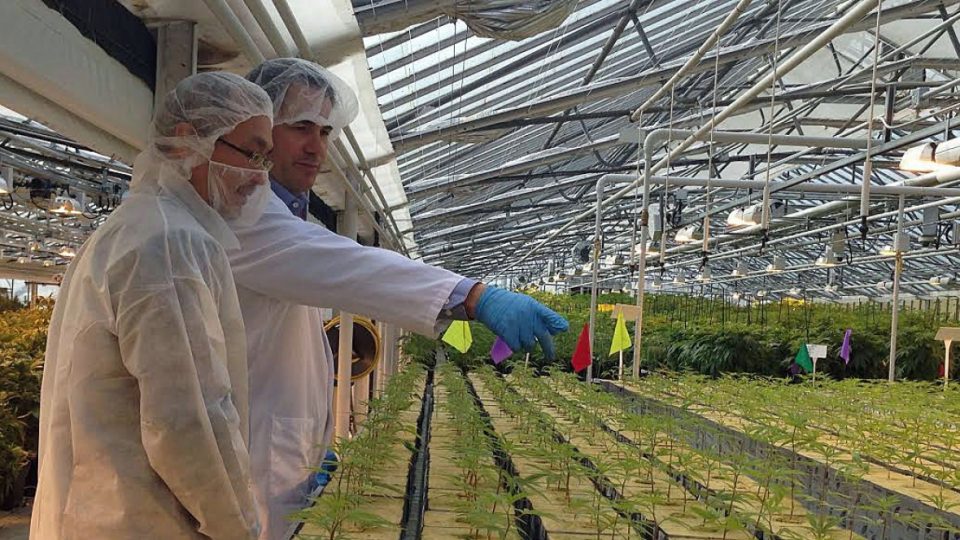 Aphria is moving ahead, but questions remain.

Even in a space with as much excitement as marijuana stocks, Aphria (NYSE:APHA) stood out for having as much drama as a cable TV show. If you’re a trader, APHA stock has been a dream lately. The stock rocketed from $8 to $16 in a month last summer. It then lost as much as 75% of its value, plummeting to $4, after a series of short seller reports. Since then, the stock has bounced 150% off the lows to return to the $10 level, before earnings sent it falling once more.

After all the excitement, what’s next for APHA stock? And have the company’s recent moves made it investable again, or is Aphria only appropriate for the most steel-nerved traders?

The short sellers suggested that Aphria was engaged in all sorts of questionable if not worse activity. The short sellers said that the company had bought phantom assets in Latin America, engaged in various double-dealing and related party transactions, and numerous other red flags.

Aphria’s board of directors engaged an independent special committee to investigate the accusations. The special committee found some troubling factors, but its results also exonerated the company in various ways. Arguably the most important finding was that the committee confirmed that Aphria’s Latin American assets in fact exist and are progressing toward commercial activity.

The committee suggested that Aphria paid near the top end of a reasonable price range for the assets, but that there is a real business there, unlike the short seller’s reports which had claimed these transactions were largely imaginary.

However, Aphria wasn’t blameless either. The board disclosed that: “it appears that certain of the non-independent directors of the Company had conflicting interests in the Acquisition that were not fully disclosed to the Board.”

Probably in conjunction with that, Aphria has seen major management changes. Former Aphria CEO Vic Neufeld has stepped down, as well as Co-founder Cole Cacciavillani. Neufeld, in particular, was implicated in several of the alleged misdeeds that the short sellers identified.

In his place, Aphria has appointed an interim CEO. Irwin Simon is now in charge, at least for the time being. Simon led Hain Celestial (NASDAQ:HAIN) for more than two decades, helping that company take a dominant position in the natural and organic foods space. While it is obviously a weak spot for Aphria not to have a permanent CEO in place yet, Simon seems to have capable hands to manage the company while it recovers from the reputational blows it suffered recently.

Aphria Has a Rough Earnings Report

Revenue was up, but overall sales numbers fell. The market was unimpressed, and the stock is now down around 24% since the report.

Back in December, new upstart cannabis firm Green Growth Brands(OTCMKTS: GGBXF) bid to acquire Aphria. This was a highly unusual deal for several reasons. Among them, Green Growth brands itself had just gone public as the merger of several other firms. Additionally, Aphria had a significantly larger market cap than Green Growth, making it a rather odd target for a takeover offer.

After the earnings tumble, Green Growth stepped away from their takeover attempt. It may be good for Aphria that another element of uncertainty is gone, but it’s hardly unequivocal good news overall.

It’s good that Aphria has cleaned house. That was a necessary and important first step in recovering the market’s trust in Aphria going forward. But there’s still a lot to be uncertain of.

Particularly in a market where so many of the big leaders in the space have deals with credible partners, it’s easy to take a pass on APHA stock. Cronos (NASDAQ: CRON) has Altria (NYSE: MO) while Canopy Growth (NYSE: CGC) has partnered with Constellation (NYSE: STZ). Meanwhile, Aurora (NYSE: ACB) doesn’t have a major partner yet, but its management team hasn’t given us any big reasons to doubt its credibility either.

The marijuana stock sector is the Wild West right now. Many of the companies out there are going to crash and burn in the coming years. Aphria’s efforts to clean up their act are appreciated. But in such a risky sector, at least for the time being, it’s advisable to stick to more trustworthy leaders in the cannabis space.

At the time of this writing, Ian Bezek owned MO stock. You can reach him on Twitter at @irbezek. 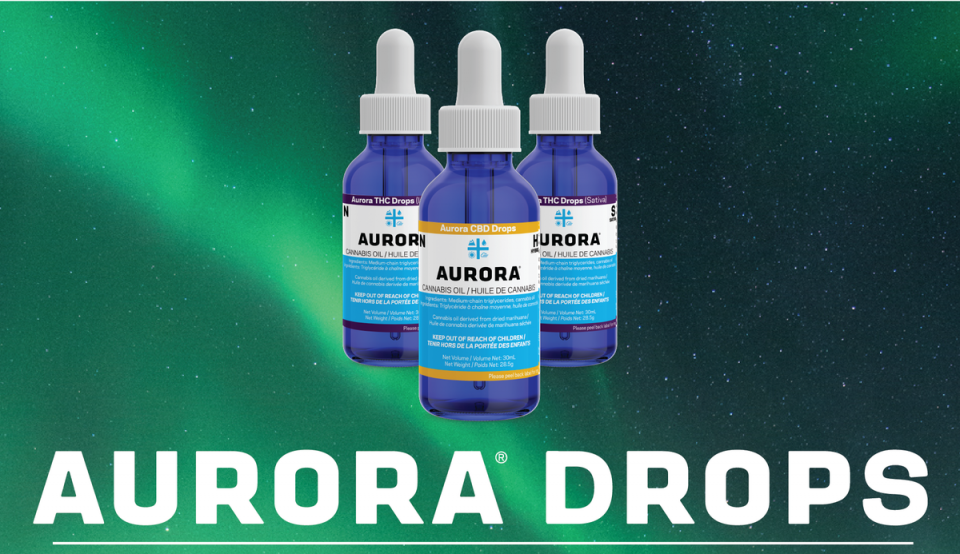 For Canadian cannabis producer Aurora Cannabis (NYSE: ACB), the last few years or so have been wonderful, to say the least. ACB stock is up more than 75% this year and it is up more than 700% in the last five years. That’s some pretty torrid growth, which underscores the potential of legalized marijuana.

Aurora has some very distinct advantages that should make investors very happy and potentially lots of money as the cannabis sector expands.

But ACB does have some warts as well. The fast-moving pot producer isn’t all squeaky clean. And despite its pedigree and recent returns, some of these issues are major ones. And a few could derail the good times at Aurora.

The question for investors is whether the pros outweigh the cons with ACB stock. With that, here are some of the major pluses and minuses for the cannabis producer.

Aurora Is the Marijuana Producer: When it comes to cannabis, Aurora is the biggest. As it has grown over the last few years, the firm has expanded its operations and now has operations in 24 different countries. That’s a big deal as analysts peg the global marijuana market being worth around $63.5 billion by 2024. ACB is up to the challenge of providing plenty of pot to these consumers. According to its last presentation, Aurora’s 11 growing facilities have the ability to produce 500,000 kilos of marijuana per year. Recent expansion/buyouts could put that closer to 750,000 kilos. That’s an enviable position versus many of its rivals and it provides a huge scale advantage. That scale is working in its home town. Right now, ACB sells about 20% of all the weed legally sold in Canada.

In the end, this big moat should allow Aurora to gain plenty of market share globally and become the No. 1 seller of cannabis.

Aurora Cannabis Has Some Major Backers: Trian Fund Management has been one of the most successful hedge funds in consumer product firms. Much of that success comes down to head manager and founder, Nelson Peltz and his knack for finding and turning around companies with great brands. And it seems that Peltz has taken a shine to Aurora.

Mid-March, ACB announced that Peltz was coming on board as a strategic advisor, with Peltz mentioning that “Aurora has a solid execution track record, is strongly differentiated from its peers, has achieved integration throughout the value chain and is poised to go to the next level across a range of industry verticals.”

Peltz’s main job will most likely be to guide ACB through its M&A plans, designing its consumer-facing brands and perhaps push it toward various corporate partnerships. An area that it is severely lacking in. In the end, having Peltz as an advisor is a big win for Aurora and shows that its model is clearly working.

ACB Is a Share Dilution Machine: One of the biggest hits for Aurora Cannabis has to be its continued issuance of shares. Stocks issue shares for one reason and that’s to raise capital for growth or acquisitions. That’s just what ACB has done. Aurora made a major-sized buyout of South American ICC Labs as well as several smaller firms. Fifth-teen to be exact since 2016. While you can argue that these were necessary to grow into the largest producer of weed, the problem is it has paid for many of these acquisitions with shares of stock, warrants, convertible notes and options. Add these up and ACB is looking at roughly 1 billion in total shares. That’s much higher than the 16.2 million it had at its IPO in 2014.

The problem is, with that sort of dilution it becomes hard for a firm to actually get good per-share profits. The same dollar is spread over more shares. This plays havoc with share price valuations. Given the late stage of the market and overall volatility, investors may not be willing to accept such scraps — especially if rivals are able to get better earnings-per-share numbers.

Aurora Has No Partners: One of the biggest catalysts for the cannabis sector is that many big firms from outside the sector are looking into marijuana for growth. Fellow cannabis stock, Canopy Growth (NYSE:CGC) secured a $4 billion equity investment from beverage firm Constellation Brands (NYSE:STZ), while Cronos Group (NASDAQ:CRON) scored a $1.8 billion buy-in from tobacco firm Altria (NYSE:MO). Meanwhile, Tilray (NASDAQ:TLRY) managed to score two partnerships — one with drug maker Sandoz and the other with Anheuser-Busch InBev (NYSE:BUD).

And yet, no one has come calling for ACB. For Aurora, that puts it in a hard place. Its rivals are looking to sell pot beyond its normal usage. That could and will lead to revenues from an outside sector and ultimately, a much quicker path to profits. Given ACB’s share dilution, this could be a big problem later on.

Aurora and Plunging Pot Prices: The problem is, the cat is out of the bag when it comes to legalized marijuana sales. It’s now a gold rush to fill consumer demand. And while ACB has plenty of scale, it’s still under the whims of commodity pricing — and that’s just what weed is at this point, a commodity.

Lower wholesale pricing has hurt Aurora’s bottom line last quarter. Per-gram prices for dried cannabis plunged 21% year-over-year and 26% sequentially from the first quarter. At the same time, ACB managed to see a big drop in higher-margined extract pricing as well. Here, extracts saw a big 25% year-over-year drop. While it’s still very early in the cannabis boom, these drops don’t necessarily bode well for the future. Sure, ACB has seen rising sales. However, if you’re pulling in less revenue per transaction, it’s not a good thing. Just ask any oil company what that does to your bottom line.

It’s still early in the days of legalized weed, but lower sequential and year-over-year prices is a troubling trend for the industry.

ACB Stock May Still Be a Buy

For investors looking at the marijuana sector, Aurora Cannabis stock has a lot to offer portfolios. It has a huge moat, large global presence and some very strong relationships with key corporate insiders. This should help the firm over the long haul and ultimately, boost its share price.

However, it’s a risky play, as is most of the sector. High shareholder dilution, plunging pot prices and a lack of major outside partnerships could hit the stock in a major way. All in all, ACB stock could be a buy, but investors need to be aware of its risks.

As of this writing, Aaron Levitt did not hold a position in any of the aforementioned securities.

RT @rachelcolic: This week a group of founders congratulated eachother on LinkedIn for building a successful business. Many other people of…