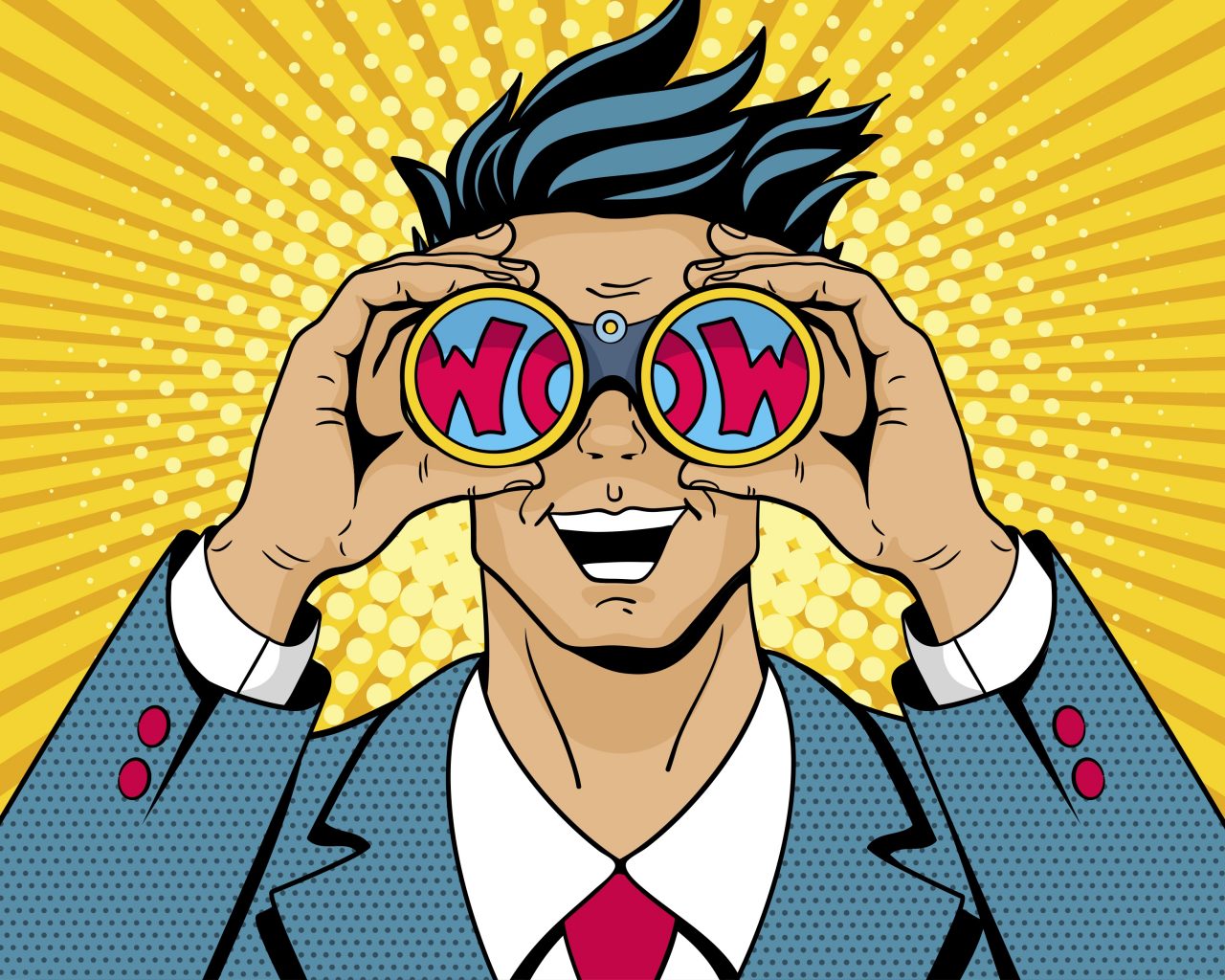 As journalists, brand owners and industry professionals, daily we must interact and engage with communication specialists to accomplish a myriad of goals. Like anything, some individuals tend to be more efficient, trustworthy, effective and more of a pleasure to work with overall.

There is nothing more upsetting than wasting time and money on services that do not meet your company’s needs, especially if it can be avoided. So understanding who these people are can help us in our collective decision making when it comes time to scout talent or in hiring firms and consultants.

Over the last year and a half, our team at the Green Market Report has created a running list of the top communication professionals that we feel warrant recognition. After careful consideration among the GMR team, we have selected the top ten that we feel you and your company can engage with effectively.

We feel comfortable recommending each person in this group for their work and accomplishments within their special areas of the industry for communications.

Each one of these individuals rank among the most knowledgeable, influential, helpful and professional to work with. 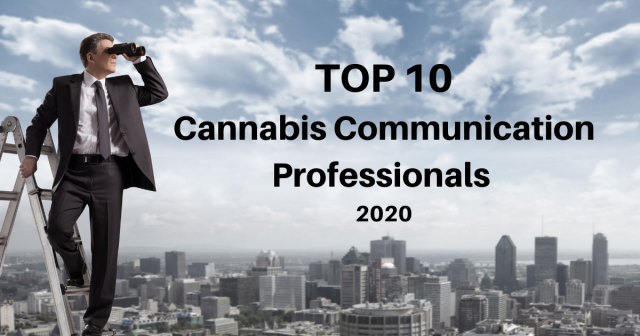 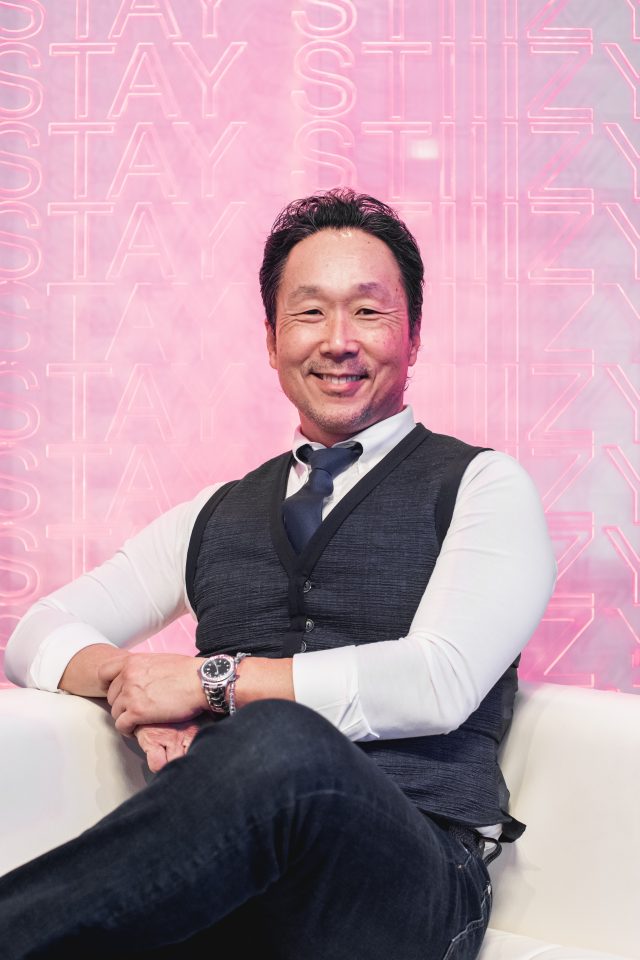 Daniel is a seasoned communications executive with more than two decades of experience crafting narratives that connect with audiences.

In 2016, he joined a little known cannabis management firm called MedMen and helped the brand become one of the most recognized names in the industry, earning the company more than six billion earned media impressions in 2018.

As a former journalist, Daniel understands and believes in the power of narrative to change minds and hearts. In the span of a 10-year career at the Los Angeles Times, he covered several beats and later transitioned to marketing communications and public relations, helping organizations like the Port of Long Beach, the County of Los Angeles and Edison International connect with diverse audiences.

Today, Daniel is the chief communications officer of Shryne Group, a vertically integrated cannabis enterprise focused on California, the largest, most mature legal cannabis market in the world. 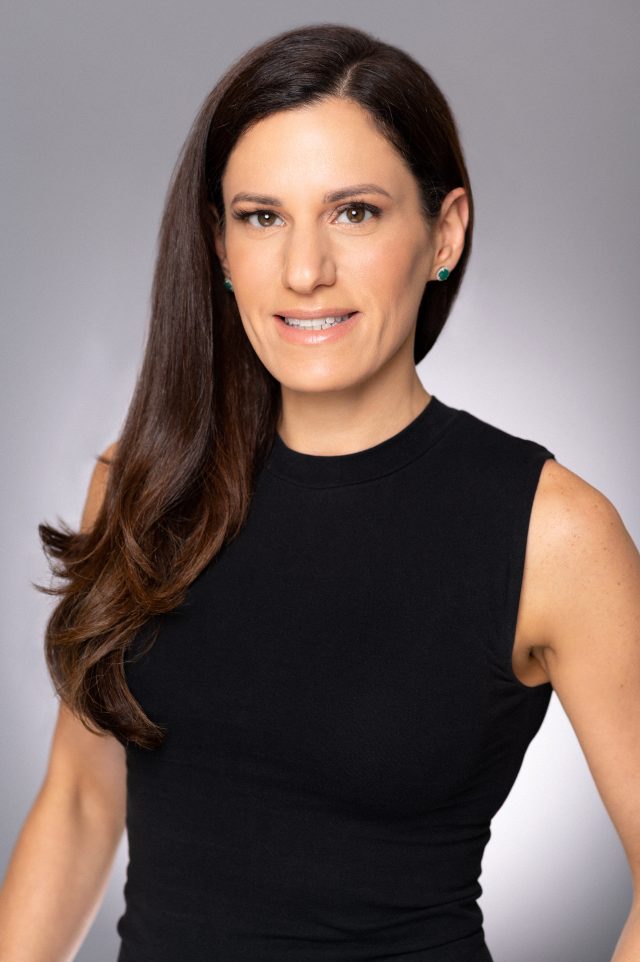 Rosie is the founder and CEO of MATTIO Communications, the preeminent cannabis marketing agency in the U. S. She helped usher in the New Cannabis Age, garnering global media coverage in mainstream publications for clients, including the first cannabis article ever published in Oprah Magazine.

Over the past year, her New York firm has grown alongside the industry, adding marketing and communications services for clients, including content, SEO, investor relations, event planning, and influencer marketing.

Today, Rosie is considered a market maker in the world of cannabis. She has been acknowledged in High Times Female 50, and Forbes Fifteen Powerful and Innovative Women In Cannabis. MATTIO Communications has been named in MG Magazines Top 50 Cannabis Employers and Green Entrepreneur’s Top 100 Cannabis Companies.  Ranked the #1 cannabis PR firm by Greenmarket Report, Rosie is a strategic powerhouse, industry connector and influencer. 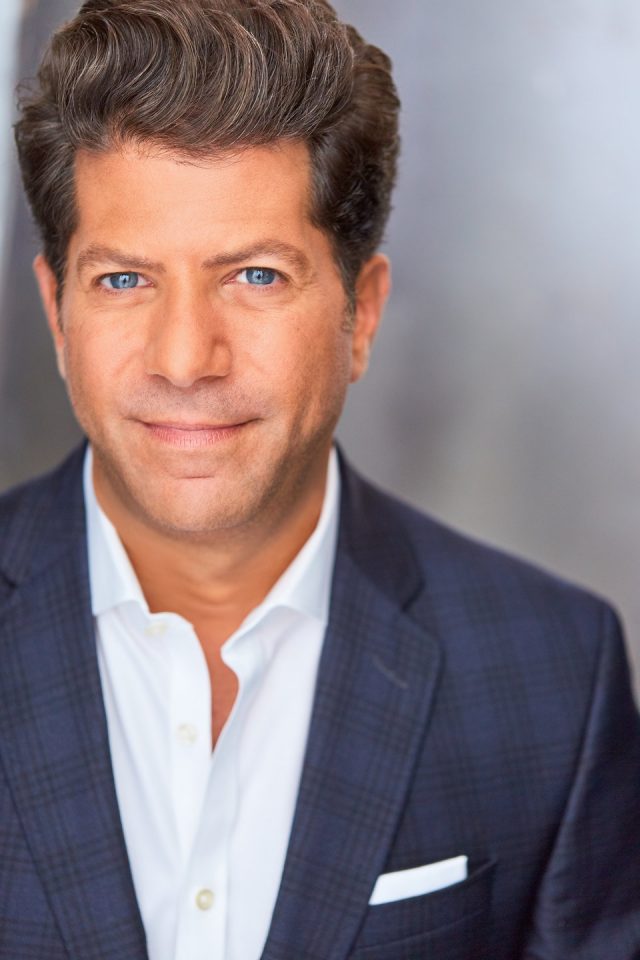 Jason joined the leadership team of Cresco Labs as their Chief Communications Officer and Spokesperson in 2018 after working with the company as a consultant since its inception. Cresco Labs (CL:CSE), based in Chicago, is one of the largest vertically integrated multi-state operators in the United States. The company has a mission to normalize and professionalize the cannabis industry and bringing in subject matter experts like Erkes greatly helps Cresco move closer to that goal.

Erkes has been a journalist, political advisor, entrepreneur, Influencer, turnaround expert and philanthropist. He has been identified as a “rising star” as a Crain’s Chicago Business “40 under 40”, won Emmy Awards for excellence in journalism through his work at ABC and FOX News, and received national political recognition as a recipient of the prestigious Reed Award from Campaigns & Elections Magazine.

Erkes has been instrumental in helping craft and share Cresco’s narrative overseeing the company’s media relations, employee relations, investor communications as well as working cross-functionally with all departments on any external communications.  Most recently he facilitated the company’s launch for Illinois adult-use sales achieving a record one billion earned media impressions in the first week for their Sunnyside* Dispensaries. 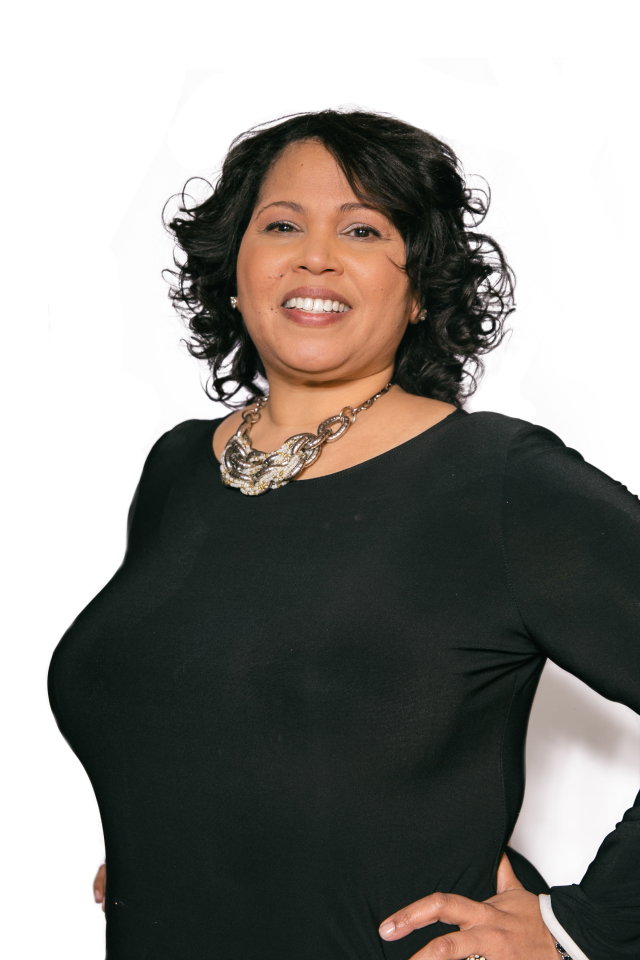 Gia is the Founder and CEO of GVM Communications, Inc. a public relations, brand & business development consulting firm launched in 2012. She has a team of consultants & freelancers work with an array of clients in the Arts, Education, Financial Services, Diversity & Inclusion, Publishing, Sports & Entertainment, Technology, and Wellness.

In 2015, the firm expanded its services into the cannabis industry. Gia leverages her 25+ years of experience in corporate communications, and her firm remains equally vested in diverse markets of business ranging from: (Non-Profits, privately owned to Publicly traded Fortune 500 companies. The firm has a client base that ranges from small to mid-sized businesses, non-profit organizations, entrepreneurs, authors and celebrity clients).

Prior to launching her firm, Gia was a Media Relations Officer in the Corporate Communications department for fifteen years at Goldman Sachs Group, Inc. While at Goldman Sachs, Gia oversaw various business areas from Private Equity, Urban Investment, Investment Research and Technology to the firm’s organizational focus on Corporate Engagement, Diversity, Recruiting, Human Resources and Corporate Services. Prior to joining Goldman Sachs, Gia was Director of Promotions and Publicity for six years at The Fremantle Corporation, an international television distribution, and production company. 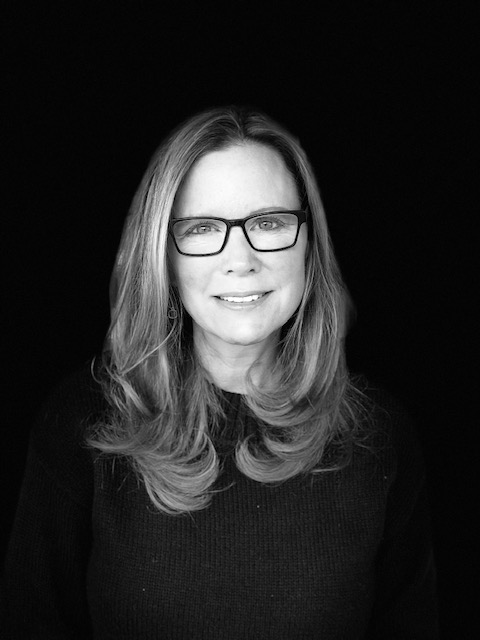 Linda Marsicano joined Green Thumb Industries in February 2018 as Vice President of Corporate Communications and manages all aspects of media and public relations. She has more than 20 years of experience in communications working for publicly traded companies, private entities and nonprofit organizations.

Marsicano serves on the advisory board of the Civic Leadership Foundation, an educational organization dedicated to preparing under-served young people for college, career and active citizenship. She lives in Chicago with her husband and 12-year-old twin daughters. 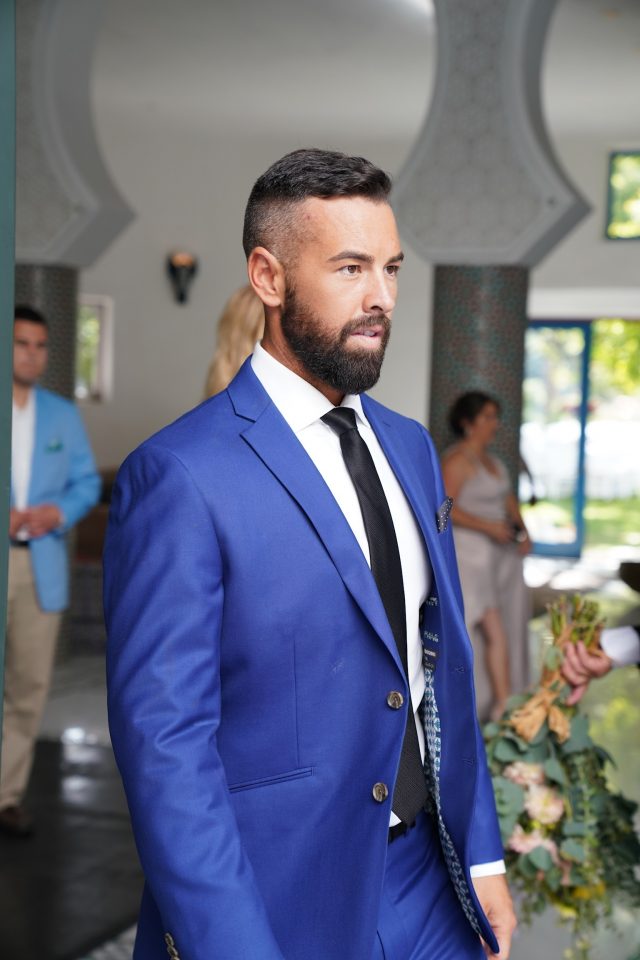 Howe has two decades of experience working in corporate strategy and communications for cannabis, consumer, technology, Fortune 50 and sports and entertainment companies and has helped launch dozens of companies and build brands across industries.

Howe is currently the Head of Corporate Communications for Harvest Health & Recreation Inc., a vertically-integrated cannabis company with one of the largest and deepest footprints in the U.S., where he leads communications and strategy focusing on patients, consumers, media, regulators, investors, local communities and partners.

Howe formerly served as president and co-founder of Powerplant Global Strategies, the first strategic partnerships, communications and investor relations firm exclusively focused on the legal cannabis industry. At Powerplant he worked closely with many of the best-known companies in the cannabis industry, including PAX, Arcview, Merida Capital Partners, I Heart Jane, THC Design and many others. In 2018, he was named one of Marijuana Venture magazine’s “40 Under 40.”

Prior to joining Powerplant, Howe was a director at fama, North America’s premier boutique PR firm for technology companies, where he launched startups and developed thought leadership campaigns for enterprise companies in the B2C and B2B spaces. Before fama, Alex was a vice president at Global Strategy Group in New York City, where he provided public affairs support, digital, traditional and crisis communications and produced award-winning campaigns for Google, Formula 1, UFC, Nestlé Waters, Time Warner, Inc. and the New York Road Runners. 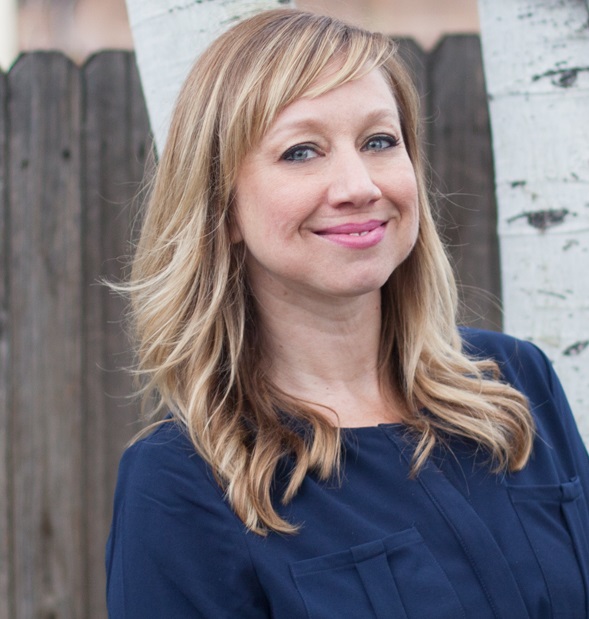 Shawna Seldon McGregor is the founder of Maverick Public Relations, which was established in 2018 and quickly garnered recognition as one of the most effective cannabis PR agencies.

McGregor’s cannabis and hemp experience is unparalleled, working from the inception of adult-use in Colorado to bring brand messaging to the national stage and working closely with national and trade reporters, as well as infiltrating specific emerging markets. With two decades of experience in New York City and Denver, McGregor has deep experience representing a multitude of sectors including health & wellness, biotech, agribusiness, associations and media. Her mission is to provide big agency expertise with outstanding client service by seasoned and knowledgeable communications expert.

She’s passionate about good journalism and wants to see the Fourth Estate not just survive but thrive. She is hands-on, sincere, genuine and responsive, and oversees a diverse team based in metro Denver, California, Florida and Pennsylvania. 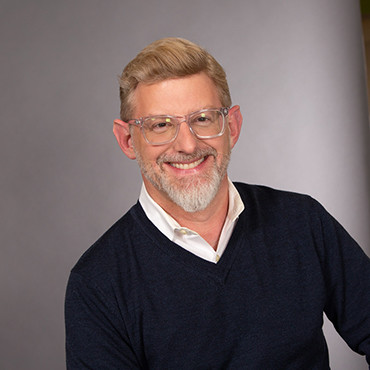 In 2015 Lewis helped found KCSA’s cannabis practice and has become recognized as one of the most effective strategic thinkers in this growing field. He is the co-host of KCSA’s weekly podcast, The Green Rush, and speaks regularly at conferences on the use of strategic communications to achieve specific business objectives. 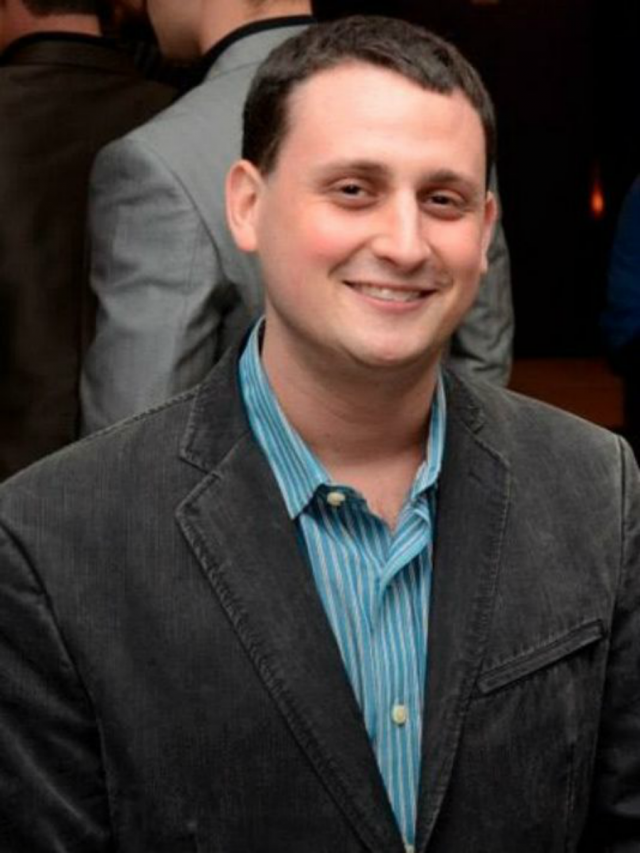 Evan Nison is the youngest member of the NORML Board of Directors and sits on the Board of Directors of Students for Sensible Drug Policy. He is the founder of the PR firm NisonCo, which connects leaders in the legal cannabis, medical marijuana, and hemp industries with influential journalists across the U.S. and world. As part of his mission to build socially driven businesses, he co-founded Whoopi & Maya, a women’s-focused cannabis brand with actress Whoopi Goldberg and fellow NORML board member Rick Cusick. He then went on to co-found Emerald Farm Tours, a Northern California-based cannabis tour company to give the public a transparent hands-on view of the cannabis industry from seed to sale, and Bloody Good Vape & Smoke, a smoke shop in New Jersey he founded with a victim of cannabis prohibition who was held in jail for a year awaiting trial.

Evan has been mentioned in news sources such as the NY Times, CNN, Politico, USA Today, NBC New York, Bloomberg TV, Forbes, and has been profiled in The Cannabist, Civilized, Ithaca Times, Home News Tribune, The Marijuana Times, and the Sun Times. He also received the 2011 NORML Student Activism Award and High Times Freedom Fighter Award for his advocacy. He also received one of the pens used to sign the New York 911 Good Samaritan Law and New York medical marijuana law for his involvement in the passage of both bills. 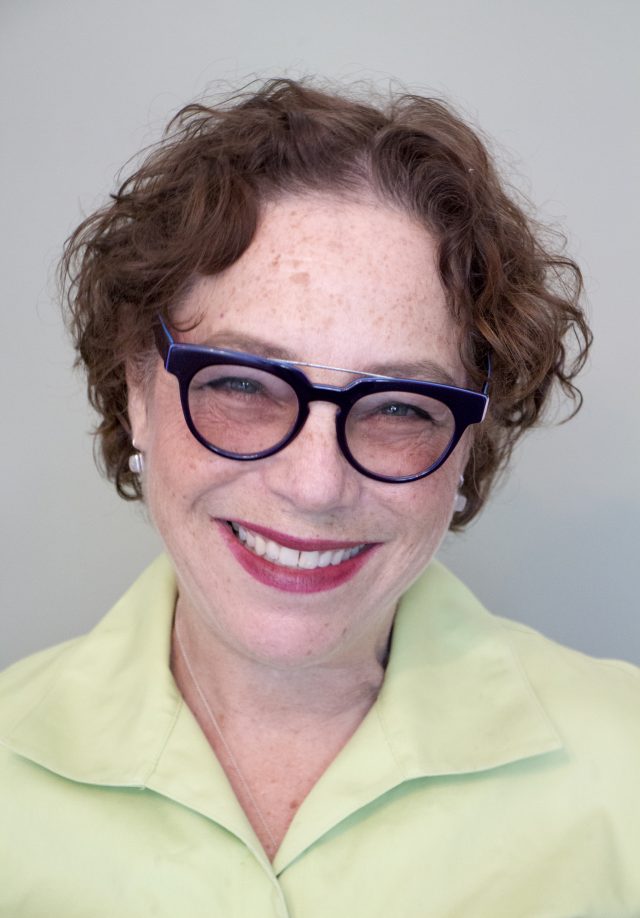 After four decades of technology public relations, which included launching consumer products like the first plasma TVs, the first mobile phone for kids, and the first flying car, Heidi tackled the cannabis industry in 2015. Heidi’s passion for the plant has allowed her business to thrive with a stellar client roster including PHILTER Labs, PLUS Products, PrestoDoctor, CannaBiz Connections, TraceTrust, and Solful Dispensary to name a few.

In the past five years, Heidi has introduced the first cannabis-infused gum, rolled out the first line of doctor-designed and approved cannabis topicals, and launched dozens of cannabis brands onto the national stage.

Heidi has earned numerous accolades for her work including the Hermes Award, Bulldog, and Communicator awards. Heidi’s unique approach to cannabis (and her stellar client roster) has given her a reputation as a leader in the cannabis market and more importantly as a champion of all women in the industry.