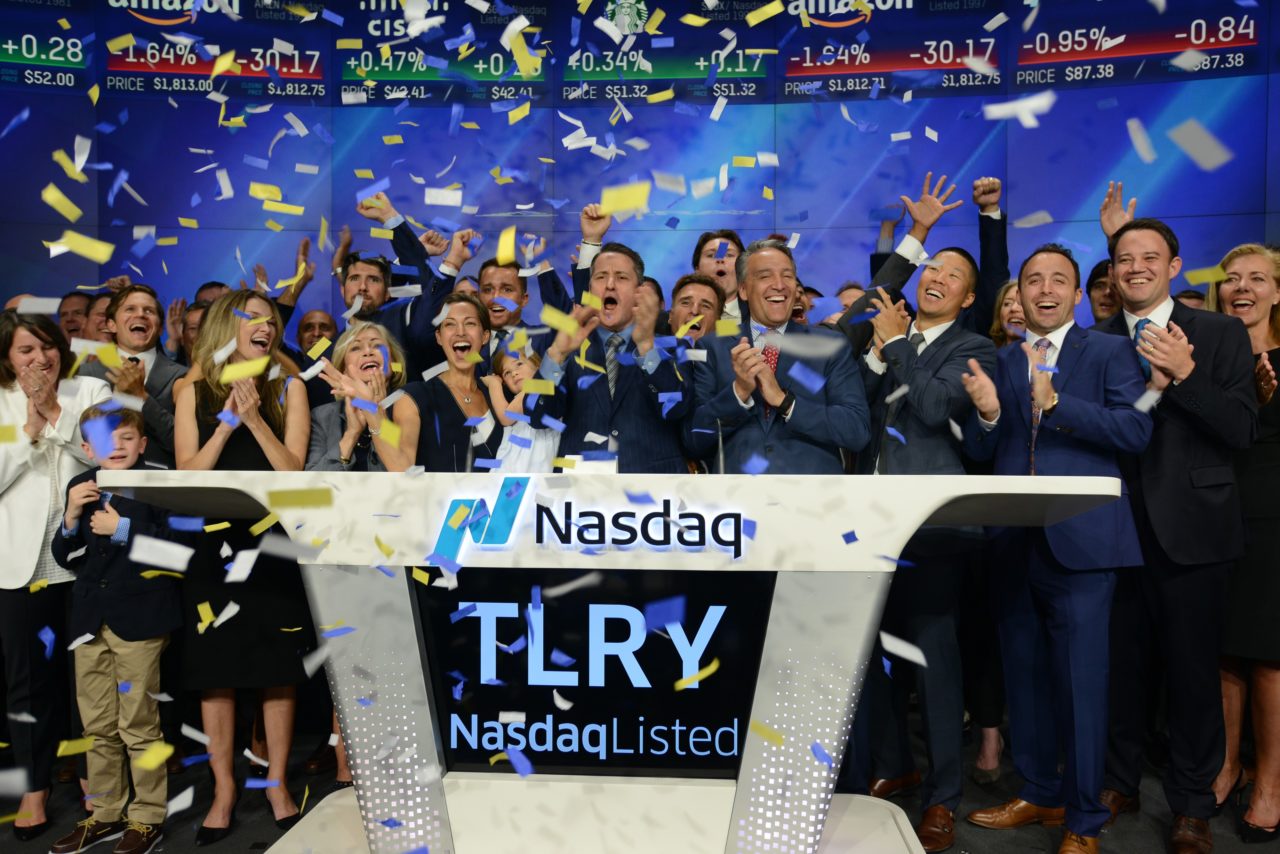 When Tilray, Inc. (NASDAQ: TLRY) shares first began trading the stock blew up in price sparking a rally in all cannabis stocks, but also causing concern over a cannabis stock bubble. One of the main reasons why the stock skyrocketed in those early days was a lack of tradable shares. Privateer Holdings Inc. owned a majority of the shares and they weren’t available to the market until now.

Tilray has signed a non-binding Letter of Intent (LOI) with Privateer that will extend the lock-up on and provide for the orderly release of the 75 million of its shares held by Privateer to Privateer’s equity holders. According to the company, these shares currently represent 77% of Tilray’s total shares outstanding.

“We appreciate the long-term confidence that Privateer has in the Tilray business and we look forward to having their investors as part of our stockholder base,” said Mark Castaneda, Chief Financial Officer of Tilray. “We believe this transaction will give Tilray greater control and operating flexibility while allowing us to effectively manage our public float.”

The statement said that the parties will effect a downstream merger of Privateer with and into a wholly-owned subsidiary of Tilray, with the Tilray subsidiary surviving the merger, and the issuance by Tilray to Privateer stockholders of newly issued shares of Tilray common stock in an equal amount of the shares held. The original Tilray shares that the Privateer owners held will be canceled at the merger’s completion.

Tilray was originally incubated and financed by Privateer as one of its wholly-owned operating subsidiaries before closing a Series A round of capital in February 2018 and then becoming the first cannabis producer to complete an Initial Public Offering on NASDAQ (NDAQ) in July 2018. Some Wall Street analysts were uncomfortable with the lack of liquidity of Tilray shares due to the Privateer ownership and this move would remove those concerns.

Privateer said that earlier this year it distributed its ownership of its three other operating subsidiaries unrelated to Tilray directly to Privateer stockholders, leaving no material assets in Privateer other than the 75 million shares it currently holds in Tilray.

The company said that “Pursuant to the terms of the proposed transaction, the shares of Tilray stock distributed in the merger would be subject to a lock-up allowing for the sale of such shares only under certain circumstances over a two-year period. During the first year following the closing of the merger, shares will be released only pursuant to marketed offerings and/or block trades to institutional investors or via stock sales to strategic investors, all of which would be arranged at the sole discretion of Tilray. The remaining shares will be subject to a staggered release over the course of the second year following closing. In addition, Privateer has agreed in the LOI to a lock-up on its Tilray shares during the negotiating period for the definitive merger agreement.”

Michael Blue, Managing Partner of Privateer, said: “We believe this structure will maximize overall returns for our visionary investors in a tax-efficient manner while giving Tilray the operating flexibility it needs to continue to be a leader in the rapidly emerging global cannabis industry.” 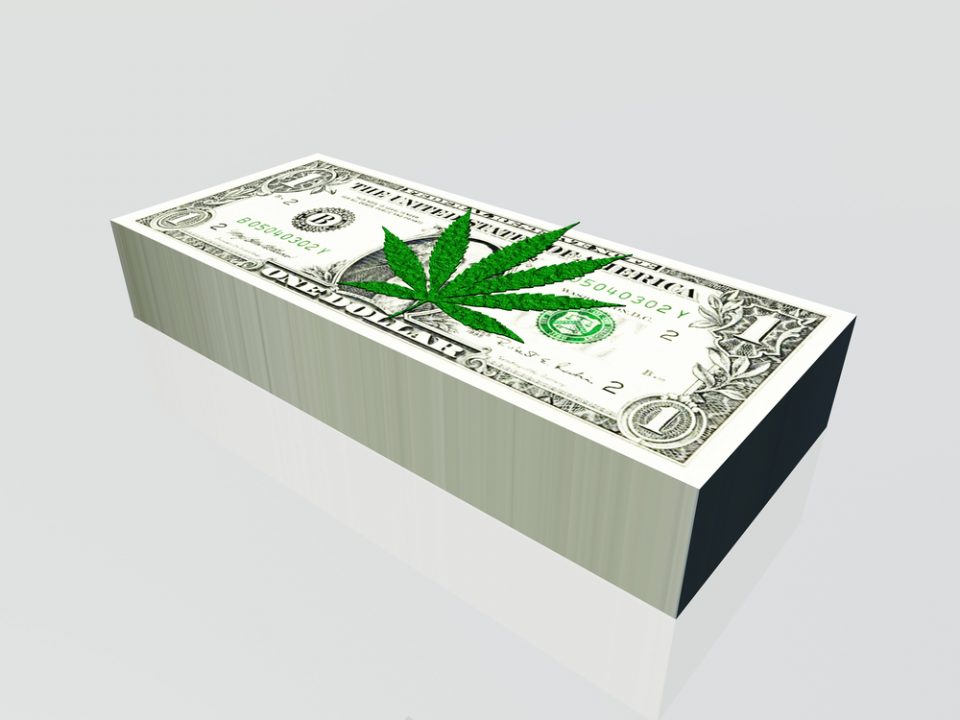 Privateer Holdings has announced the completion of its Series C funding round. Raising more than $100 million, the new funding round brings the firm’s fundraising total to $200 million, making it the largest private capital raise closed in the cannabis industry to date.

Based in Seattle, Washington, Privateer Holdings is one of the largest cannabis-focused private equity firms in the cannabis industry, with a slew of notable portfolio investment; such as Leafly, one of the world’s leading cannabis website and mobile applications, and Marley Natural, the officially licensed Bob Marley cannabis brand.

The company hopes to use its newfound funding to finance the expansion of its portfolio brands into new markets, launch new business endeavors, and make critical acquisitions. With an investor base comprised of high net worth individuals, the company’s funding rounds have been ever increasing in size.

Series A, which closed in July 2013, the company initially raised $7 million. Series B closed in March 2015 and brought in $75 million, and in November 2016 the company brought in $46 million in convertible note financing.

In addition to raising more than $100 million in Series C Financing, company founders Brendan Kennedy, Michael Blue and Christian Groh also announced that they will donate a portion of their personal shares to assist communities negatively affected by cannabis prohibition and called on founders and executives in other cannabis companies to do the same.

The holdings are currently valued at approximately $5 million and are expected to increase in value over time as the company’s own value increases. The equity pledge will go towards supporting organizations that are dedicated to addressing the social and economic injustices of cannabis prohibition; which includes funding campaigns to legalize cannabis and medical research.

“Our hope is that the value of our pledged shares will grow to be worth tens of millions of dollars over time. We also hope that leaders of other companies within the industry will join us in making similar charitable commitments to repair the harms created by prohibition,” read the statement.

Privateer Holdings announced it has acquired The Goodship, an iconic brand of cannabis edibles, to boost its offerings as consumers increase their appetite for cannabis-infused goods.
Founded just three years ago by entrepreneur Jody Hall, The Goodship has gained national attention for its products, appearing in a number of websites, including Vice, Forbes and Money Magazine.
“I founded Goodship to celebrate the ways that cannabis can promote creativity and help bring people together,” said Hall in a press release. Prior to Goodship, Hall founded Seattle’s Cupcake Royale bakery and was one of Starbucks first marketing employees.
Goodship makes a number of cannabis-infused products, coming into the limelight at a time when the market for legal cannabis-infused goods is exploding.
According to a report from Brightfield Group, a cannabis investment research firm, the international market for cannabis-related products is expected to hit $31.4 billion by 2021, up from $7.7 billion today.
Seattle-based Goodship makes products like chocolate bars, cookies, brownies and other confectionary products. The company boasts its products are made from “all-natural, sustainable, and locally sourced ingredients with organic and fair-trade chocolate,” helping its appeal to potential consumers. Goodship’s products can be found in 178 locations all across the state of Washington.
By joining Privateer Holdings, whose other cannabis-related products include Leafly, one of the top cannabis websites and Marley Natural, a premium cannabis lifestyle brand, Hall said Goodship can use the additional resources to expand.
“As a part of the Privateer Holdings family of brands, we now have the resources, capital and expertise to create new confections, test innovative flavors, host even more exciting events — and bring our products to adult consumers in new markets,” she added in the release.
Privateer Holdings CEO Brendan Kennedy said he was attracted to Goodship because of its products.
“We were instantly drawn to The Goodship because their team is already setting and exceeding the standard for what a cannabis edibles brand should be,” Kennedy said. “This is an exciting time to be in the cannabis industry, and we’re looking forward to working together to develop innovative products and bring Goodship to new legal markets across North America.”
Privateer has raised more than $150 million to invest in cannabis brands and has more than 500 employees across the U.S. and 7 other countries.
CONTINUE READING