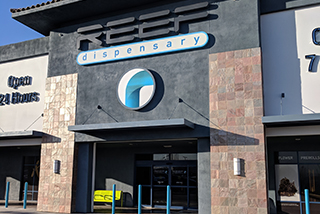 The purchase price is $282.5 million which includes $30 million in real estate assets. The payment is a mix of Cresco Labs shares (approximately US$227.5 million), which will be subject to a nine to 21-month lock-up agreement following closing, and cash (approximately US$55 million). The deal is expected to close during the first half of 2020

According to the company statement, in 2018 Tryke generated 70.4 million in revenue and $24.6 million in EBITDA making it one of the highest-grossing and most profitable private cannabis companies in the U.S. market. Tryke has established six of the best-positioned retail locations in Nevada and Arizona, including the Reef Dispensary located adjacent to the Las Vegas Strip –  which has produced over $65 million in revenue since 2015 – and five additional operating locations in North Las Vegas, Sparks, and Phoenix, AZ. The Tryke Company said that its North Las Vegas location boasts the highest known daily ticket count in the state of Nevada at 2,300.

“With significant in-state populations and tourist traffic, Nevada and Arizona were key near-term targets for expansion.  Creating the most strategic geographic footprint in the U.S. cannabis industry is not just about the number of states you operate in,” said Cresco Labs CEO and Co-founder Charlie Bachtell. “Rather, our thesis for success in establishing a normalized and professionalized cannabis industry as well as providing the greatest ROIC for our shareholders calls for us to leverage our existing operations in states of significance to rapidly attain material and meaningful market-leading positions.”

Cresco is using the acquisition as a means to quickly expand in Nevada and Arizona. Nevada is one of the largest and fastest-growing cannabis markets in the U.S. with 2019 sales estimates of up to $940 million as per Marijuana Business Daily. Cresco Labs currently sells Mindy’s Edibles n Nevada, which has been one of the top three selling edibles in Nevada in 2019. Arizona is one of the largest and fastest-growing medical-only markets with an estimated 2019 sales of up to $760 million.

“The announcement today is the result of several months of deep interactions between our two groups and I know I speak on behalf of the entire team when I say we are very excited to be joining Cresco and to start realizing significant synergies for both of our organizations,” said Adam Ryan, CEO of Tryke Companies. “We have been consistently impressed by Cresco’s strategic approach to building long-term value in this growth market and its history of delivering what it promises – something that is often lacking in this industry. As the cannabis space has gained national and international attention over the past four years, we have been approached by several operators both private and public, regarding a transaction, but the vision and execution that Charlie, Joe and the team have demonstrated made them the only choice for Tryke.”

The deal will also add 17,000 pounds per year in a strategically-located cultivation capacity along with 1,320 lb. per year of processing capacity. It includes one of eight cultivation licenses recently awarded in Utah.

In addition to the Tryke acquisition, Cresco Labs also announced that it has entered into an agreement with a group of investment dealers, led by Canaccord Genuity Corp. to purchase, on a underwritten basis an aggregate of 7,350,000 units of the company at a price of C$10.00 per Unit for aggregate gross proceeds of C$73,500,000.