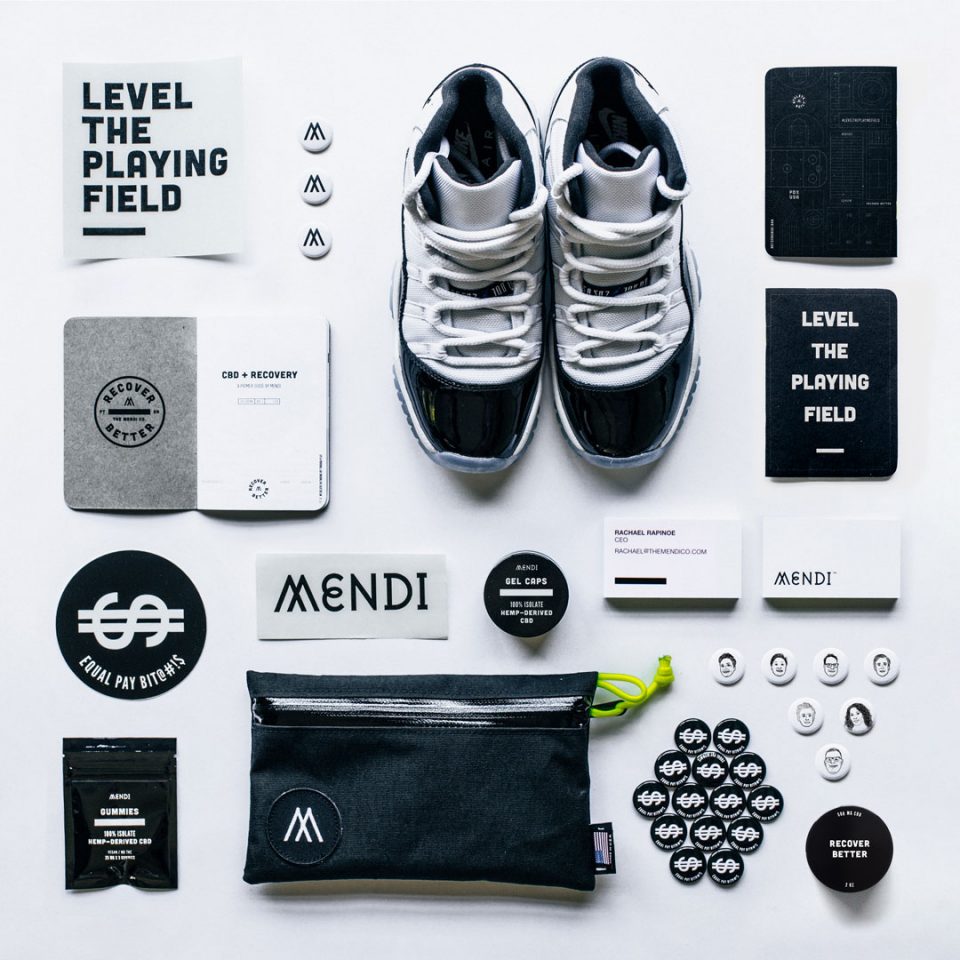 Designed with athletes in mind, Mendi’s first line of products is made with legal hemp CBD. Professional athletes can’t run the risk of registering positive results for trace amounts of THC  from a drug test.

The statement said that Rapinoe would spearhead Mendi’s ‘Athlete Ambassador Program’ lending her voice and vision to amplify the brand’s presence. Rapinoe is expanding on her previous role with the group as a strategic partner and board advisors. The soccer star will be working with Mendi to find innovative ways to expand the athlete program so that more progressive standout players in other sports can be at the frontline advocating for player health and safety.  Megan’s valuable and growing role is a continuation of her entrepreneurial spirit and momentum she’s established with her twin sister, Rachael Rapinoe.

“As a tool, CBD has been integral in Megan’s training and recovery program for the past few years,” said Rachael Rapinoe, CEO of Mendi. “She’s seen the massive potential for more people to adopt CBD into their recovery regimens and saw a need to do something about it by partnering with us to make sure we do it right.”

Rapinoe catapulted to stardom as the women’s soccer team won the World Cup this year. The deal with Mendi is the first partnership she has announced with any brand since the World Cup. As an advocate for equal pay and inclusion, Megan wants this partnership to raise awareness of implementing diversity, inclusion, equal pay, equality, and justice into our communities and workplaces.

“By partnering with Mendi, we have the opportunity to work with Megan to make a difference and walk the walk,” said Rachael. “We’re not waiting for equal pay. It’s here today. We’re taking a proactive role to do something about it by building a business that cares for the athlete’s best interest and assembles our own team of industry vets that share these values and the passion to change the game for good. We’re building a brighter future for sports both on and off the field so we can pass the torch to the next generation of athletes.”