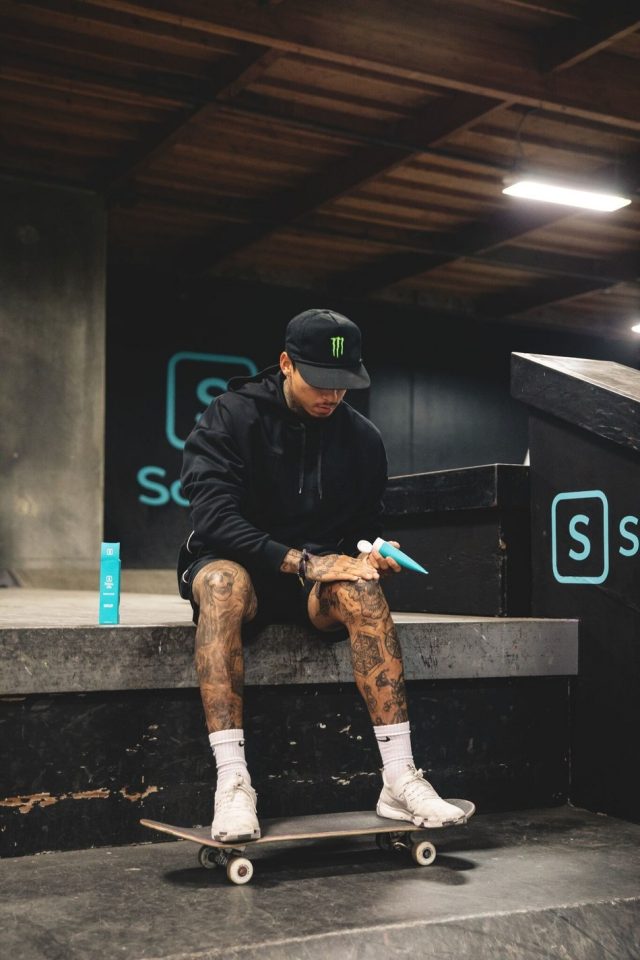 Skateboarding has long been considered an “outlaw” sport on the recreational spectrum, attracting those for whom the structure and homogenous culture of organized athletics holds little appeal. Its anti-establishment origins, outlined in greater detail in this 2013 Skateboarding Magazine article, can be traced back to surfer culture, as wave riders realized there might be a way to surf city streets with the same élan and excitement that they applied to hanging ten in the water.

Both snowboarders and skateboarders have been associated with having a friendly relationship with cannabis. There is speculation that the original California high schoolers that met at 420 to get high, most likely rode on skateboards. Snowboarding’s admittance into the Olympics made many athletes ponder kipping the event if they had to give up smoking pot. The Olympics seemed to look the other way. Many professionals in both sports made no effort to hide their love of cannabis, which kept the rebellious nature of skateboarding intact.

But in recent years, skateboarding has moved away from the fringes and into the limelight with the popular X Games, an extreme sports event produced, hosted, and broadcast by ESPN, and demonstrated by the fact that skateboarding will be an official Olympic sport in Tokyo in 2020. This has given rise to some concern that the stereotype of the stoner skater will be proven true enough to keep some of the sport’s top athletes out of contention, as it did skateboarder Corey Juneau. Ranked seventh in the world, Juneau was suspended for six months after testing positive for THC in 2018.

As skateboarding’s competitiveness, popularity, and main street respectability grow, some of the sport’s biggest names are stepping out in front of companies that promise clean, potent, risk-free performance enhancement through CBD. Michael Apstein, a founding partner of Primary Growth Partners, says that “There is a long history of outlaw brands from other market segments breaking through to the general market – from surfing and skateboarding to extreme sports and certainly in music, apparel and recreation brands.” As the benefits of CBD gain visibility in all corners of the marketplace, skateboarding’s top athletes are endorsing products that provide low THC or THC-free alternatives to marijuana. Old school skateboarding legend Tony Hawk has even developed Birdhouse CBD Balm by producer Canna Hemp, a line of CBD recovery creams that target the epic aches and pains of the action sports market.

Professional skateboarder Andy McDonald, 23-time X Games medalist and 10-time world champion, recently partnered with CBD manufacturer Extract Labs to spread the word about the benefits of CBD for extreme sports athletes. McDonald, who used his platform as a professional skateboarder to take an anti-drug message all the way to the Clinton White House, credits the pain-alleviating benefits of hemp-derived CBD for helping him manage the cumulative effects of over 35 years of skating.

Social CBD, a company that markets a range of hemp-derived CBD products that guarantee a 0.0% THC content, recently hooked X-Games Skateboarding gold medalist Nyjah Huston as a spokesperson. Huston stakes his legacy as the winningest skateboarder in history on Social CBD’s promise to deliver a product pure enough to endure the scrutiny of the Olympic committee.

As skateboarding continues to move deeper into the mainstream of competitive sports, its shining stars will no doubt continue to seek out the healing benefits of CBD and the sponsorship dollars of those companies intent on making it the must-have, performance-enhancing supplement for extreme athletes.