The Super Bowl would probably prefer to not have anything to do with cannabis, but the cannabis industry and football are destined to work together. Whether it’s the rejected Super Bowl ad from Acreage Holdings Inc. (ACRG.U) or dispensaries running super bowl promotions the two keep crossing paths. Plus, there is the issue of cannabis being used to treat former players who suffer from head injuries.

The NFL even found itself mentioned in the Pennsylvania Auditor General report saying, “ In 2018, the NFL rejected an unprecedented therapeutic-use exemption request from running back Mike James, a free agent who sought medical marijuana treatment to break a dependence on opioids. If players’ access to medical marijuana is going to be compromised, legalizing marijuana altogether would make it unnecessary to threaten Philadelphia Eagles and Pittsburgh Steelers players with suspension, fines, and banishment from the league over its use.”

The report went on to note that its cherished Philadelphia Eagles could be hurt by if players sought to live in states where cannabis is legal in order to treat themselves.  “As marijuana is legalized in other states, it could incentivize athletes — who literally injure themselves for our entertainment — to seek to be traded to states where they can legally access pain management and do not have to wait for exemptions to stay off opioids.

Brady Cobb is a medical cannabis pioneer and the CEO of SOL Global– which is currently in the middle of a five-year study at the University of Miami on how CBD can help treat concussions. He said, “The NFL is holding onto this long-held association between cannabis and Reefer Madness. It’s been only recently, with newly enacted legislation, that the public and companies are recognizing the difference between the non-psychoactive medical properties of CBD and the mind-altering effects of THC. With the farm bill’s passage, I think it’s only a matter of time that the NFL catches up to the NHL and other sports leagues that realize the real potential of the healing benefits of CBD.

He noted that the players and the players’ association all support looking into and researching the effects of using cannabis and CBD in treatment. When asked about CBS rejecting the proposed ad which only showed patients discussing how medical marijuana helped them he said, “CBS’s position is clearly completely at odds with the public’s position. A recent Gallup poll shows that the public supports cannabis upwards of 66% to 67%. So six out of ten people watching the super bowl – if not more, considering the demographic – could ultimately be a consumer of the products.”

The issue of cannabis advertising during football only looks to be getting more attention versus dwindling away. “With the increasing efforts to legalize cannabis products for both medical and recreational use, advertising standards and practices are coming rapidly into focus,” said Deb Gabor, CEO of Sol Marketing. “While CBS snubbed an ad for medical marijuana during the Superbowl — they did consider it. The mere fact that the network considered an ad for cannabis shows that we’ve turned a corner, and we’re going to see advertising and branding for these products come rapidly into the mainstream.” Gabor is the author of the new book, releasing nationwide March 2019 titled, Irrational Loyalty: Building a Brand That Thrives in Turbulent Times.

Gabor noted that the cannabis industry has been working hard to overcome stereotypes and change perceptions of the culture of marijuana usage. “Advertising to large audiences like those watching the Super Bowl — and getting in on the PR value of Super Bowl advertising — is one tactic in kickstarting a perceptual change,” she said.

Even though CBS has refused the ad, the stadium doesn’t seem to have as big of a problem. A CBD-infused coffee and will be allowed during the game at the stadium in Atlanta. “While this is not technically a Super Bowl commercial, this is a sponsorship activation, which is designed to engage audiences in a more experiential fashion. While it’s unclear to me what CBS’ advertising policy says, and whether this would constitute a violation of that, I’m sure that CBS is concerned about this from the perspective of wanting to manage their OWN brand as a media company,” added Gabor.

While the experts debate the ability to run a medical marijuana ad, dispensaries have no problem capitalizing on the event for sales. Some companies are suggesting added their CBD tinctures to recipes like salsa and others suggest drinking cannabis-infused beverages instead of alcohol. “Cannabis sales leaped 40% last year on the Saturday before the big game and this year could rise even higher thanks to California’s recent legalization of recreational marijuana,” said cannabis software company Green Bits.

In Washington, Mt. Hood Cannabis Company will deliver a free cheese or pepperoni pizza with the purchase and delivery of any half-ounce of pot Feb 1st, 2nd, and 3rd over the big Game Day weekend.

“We were enjoying a joint and a slice of Mogul Mountain pizza while brainstorming marketing opportunities for our dispensary when it hit us. Let’s announce our new weed delivery with free pizza, and what better way to kick it off than over Super Bowl weekend. Our shop works really hard to engage the local business community and since their pizza was so inspirational, partnering with Mogul Mountain Pizza was a no brainer,” said Devin Houston, Director of Marketing, Mt. Hood Cannabis Company. 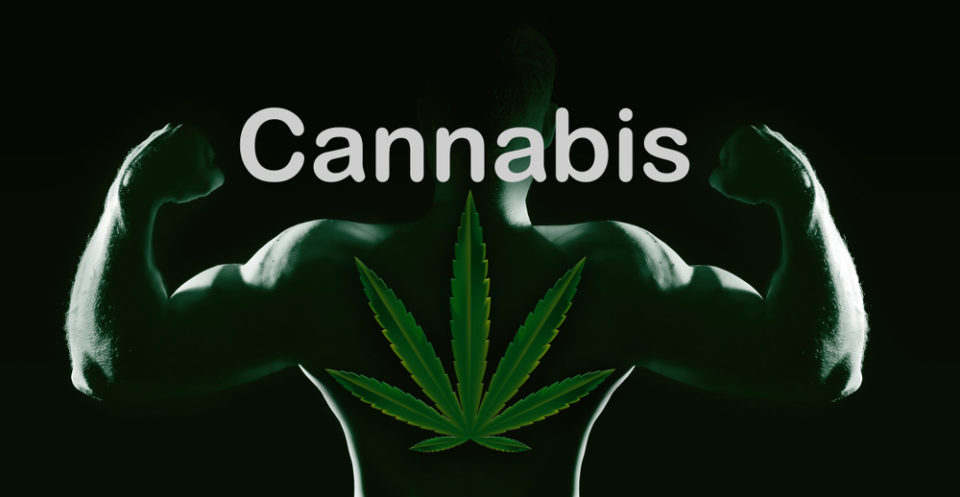 On February 3, the 53rd Super Bowl in Atlanta Georgia will decide the league champion of football for the 2018 NFL season. If you are in attendance at the Super Bowl, you will see CBD coffee ads in the stadium, but if you are watching the game from home you will be not be exposed to any cannabis related advertising.

New York-based Acreage Holdings, Inc. (CSE: ACRG.U) wanted to run an advocacy ad during the game. The ad featured three medical marijuana patients saying how the product had helped them. It made no health claims for their own products and it didn’t promote the purchase of the company’s products.

CBS which is airing the game sent an email to the company saying, “CBS will not be accepting any ads for medical marijuana at this time.” The ad would have cost approximately $5 million.

Acreage currently has the largest footprint of any cannabis company in the country with operations/licenses in 19 states. “It’s a public service announcement really more than it is an advertisement,” said Harris Damashek, Acreage’s chief marketing officer.

Football fans at the stadium will, however, see advertisements for Baristas Coffee Company, Inc. (OTCPK: BCCI) White Coffee and the new Baristas EnrichaRoast CBD Coffee. The White Coffee can be purchased through Amazon (www.trywhitecoffee.com) and the company’s new EnrichaRoast CBD Coffee (www.baristas.tv) which uses a proprietary technology introducing CBD to the beans after they are roasted can be purchased on the company’s website.

The company said that the ads will run throughout the day in and around the stadium before, during, and after the game, and will include a special offer to send a message to Maroon 5. The spots will be seen on numerous digital displays including mobile devices allowing fans to connect via special Portals.

Baristas said that the CBD ads are only available due to Canna Broadcast Medias’ (OTCPK: CBMJ) geofencing platform which will deliver ads in and around the stadium. Canna Broadcast Media specializes in getting mainstream media cleared promoting the cannabis sector including network TV, radio, and digital ads targeting those who wish to take advantage of the incredible investment opportunities that exist in the cannabis sector.

“Having Baristas White Coffee and our new EnrichaRoast CBD coffee ads at the Super Bowl will give us tremendous exposure,” said Barry Henthorn Barista CEO. “We are thankful to the NFL, ReelTime Media, and Canna Broadcast Media for making this possible. Baristas is growing its market awareness and expanding its product offerings.”

This isn’t the first time cannabis tried to insert itself into Super Bowl week. In 2014, the Marijuana Policy Project put up a series of billboards highlighting the safety of marijuana and challenged the NFL’s punishment of pot smoking vs. the approval of alcohol. Smart Approaches to Marijuana, the anti-marijuana group went on the defense with their own billboards, which sparked a billboard battle. 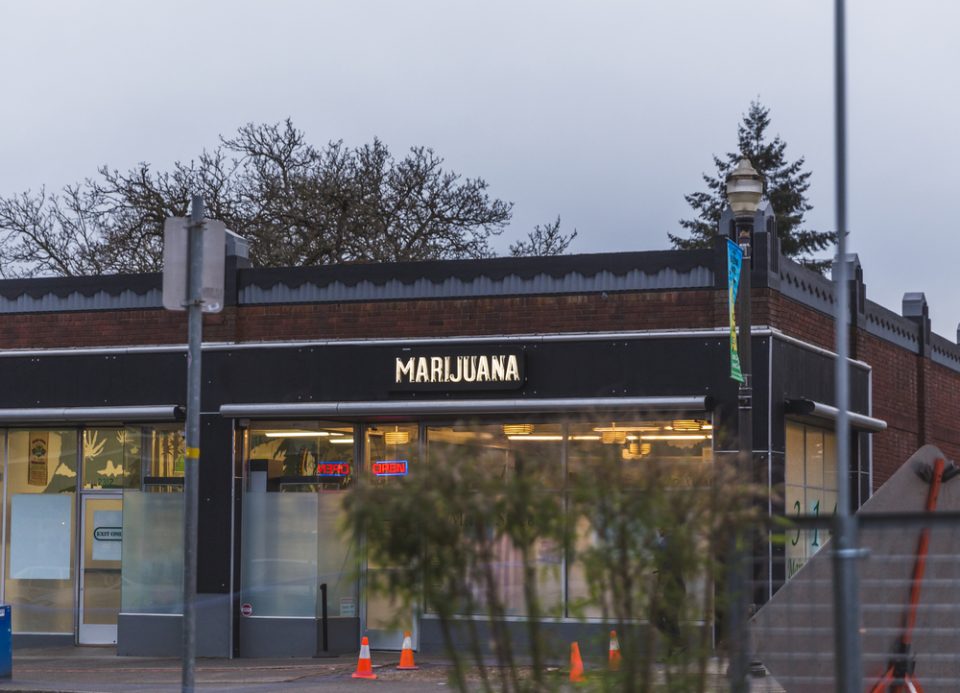 Compared to typical weekend sales, Super Bowl weekend sales jumped 7% and transactions climbed by 12%. Flowhub said that transaction sizes were getting smaller, but the volume of people buying marijuana for the celebration had increased.

“The rise in sales over Super Bowl weekend shows that Americans are continuing to incorporate cannabis into these national celebrations just as they would beer or even guacamole,” said Flowhub CEO Kyle Sherman. “Marijuana is becoming part of the fabric of American society and our national pastimes. I think we will continue to see this trend grow as legalization continues to spread.”

Dispensary owners shouldn’t be surprised that football lovers are big customers. They could have even capitalized on the holiday by offering Super Bowl specials. A study conducted by Consumer Research Around Cannabis and released in December found that cannabis consumers preferred the NFL over all other pro sports. The study found that 55% of cannabis users/buyers watched the NFL.

“The NFL has been the most successful professional sports league over the past couple of decades – supplanting Major League Baseball,” said Jeffrey Stein, Vice President of Consumer Research Around Cannabis. “In many ways, the league’s success mirrors our nation when it comes to income, age, and education.”

In 2018, cannabis delivery service Eaze experienced a 56% increase in deliveries compared to a typical Sunday over the past year. Eaze’s recently released State of Cannabis Report also found that more and more people are increasing marijuana use across all major holidays, which is a sign of evolving times and attitudes toward marijuana. This is only expected to continue as marijuana goes mainstream and many people celebrate traditional holidays – like Super Bowl, Valentine’s Day, or July 4th – with it.

A few did take advantage of knowing their customers’ preferences and ran specials. A sampling included Sunday Goods Delivery in Arizona that offered “Super Deals for Super Bowl Sunday” with a special on specific strains and swag. Chalice Farms offered Super Bowl specials of 25% off on flower and $4 pre-rolls. Inyo Dispensary in Las Vegas also offered a special on Pre-98 Bubba Kush with 5 free Bluebird pre-rolls.

Next year there may be a cannabis bowl in addition to the puppy bowl.