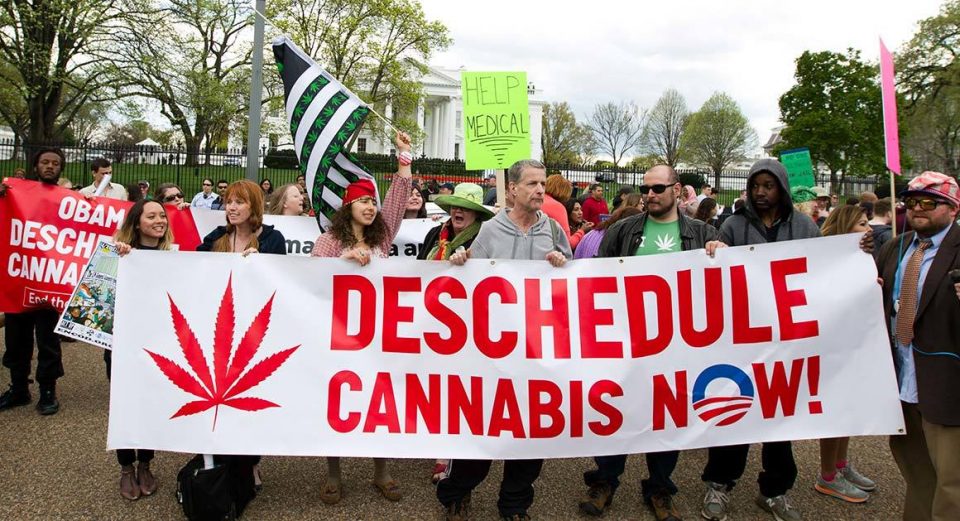 For anyone who truly understands the art of influence, they understand that the most effective form of communication for any brand, idea or movement is grassroots based and best achieved through basic word of mouth, and ideally in person. That is the secret sauce to influential bodies for anything I can think of.  This is also what defines our nation’s capitol, Washington D.C. This is the heart of where our federal government resides and therefore where cannabis requires the most influence and lobbying effort on a federal level.

In our fourth study for the Green Economics series, analyzed in collaboration with our partner data provider Consumer Research Around Cannabis, we took a look at the consumer profile and opinions of those who live and operate in the D.C. Market. We dove into what the patterns and data provided on their opinions and behavior. What we found was a little more than interesting indeed.

The data that was collected used a sample size of 1,368 survey respondents within the D.C. Market that representing an estimated 5,187,362 adults and includes adjacent portions of Virginia, Maryland, and West Virginia along with the District of Columbia. Of that group 8.0% of the market responded that they had purchased cannabis from a legal retailer/dispensary. 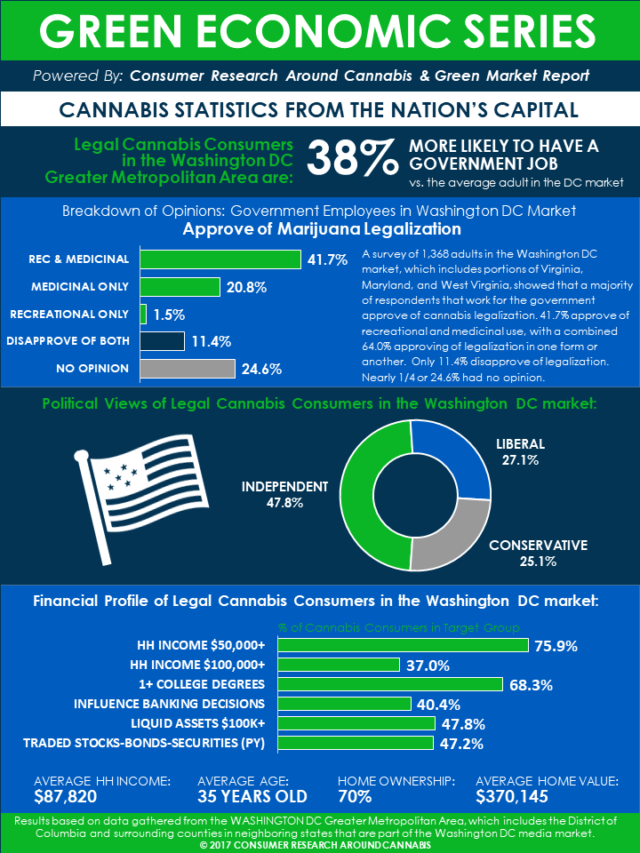 In response to what the numbers revealed for this market, Jeffrey Stein of Consumer Research Around Cannabis stated that, “I think it’s clear that the data debunks many of the negative connotations attached to cannabis use – whether for medicinal or recreational use.  They are well educated, have good jobs and are financially sound.  Cannabis consumer data like this should be a wake-up call to government officials and companies that have thus far ignored this growing consumer group.”

The legal cannabis consumer was 30% more likely to be employed full-time versus the average adult in the D.C. market. As far as the occupations for this consumer, we found that almost 32.3% are considered professional, 55.3 % are labeled “white collar” while only 7.5% were considered “blue collar”, 30.5% own businesses, are a partner in a business or are at the level of corporate officer. These are occupations that are far from what the old stereotype of a “stoner” was thought to be doing with their careers.

When looking at the income of cannabis consumers in the D.C. Market, we see that almost 76% of them make a household over $50,000 a year or more, with 37% saying they are making over $100,000. As far as education, the numbers were impressive. 68.3% have at least an undergraduate degree or more with 36.3% have advanced degrees, which is 47% higher than the market average for D.C.

What we found extremely interesting in this study, was that that 38% are more likely to have a government job than the average person. Of that amount of government employees, 64% approve of either legalized adult use or medical only regulation, with 11% disapproving of legalization of both. Almost 25% are of no opinion on the issue.

“Considering Washington DC is where our federal legislation is created, results that indicate a significant number of government employees favoring the legality of its consumption as well as consuming it themselves, is clear indication that prohibition is outdated,” said Stein.

Government employees represent 17.9% of cannabis consumers who use cannabis for relaxation when alone, 20.5% purchase cannabis to enhance their experiences on their free time and with friends, and 18.1% buy cannabis to use it for its ability to suppress depression and anxiety.

So, we can conclude that a large segment of the D.C market cannabis consumer is smart, comfortably employed, educated, a government employee or professional, and loves their concentrates! Let’s hope this sophisticated group can help influence on federal policy toward cannabis prohibition in a positive way. They are arguably positioned best to help influence advance the industry with better legislation best.