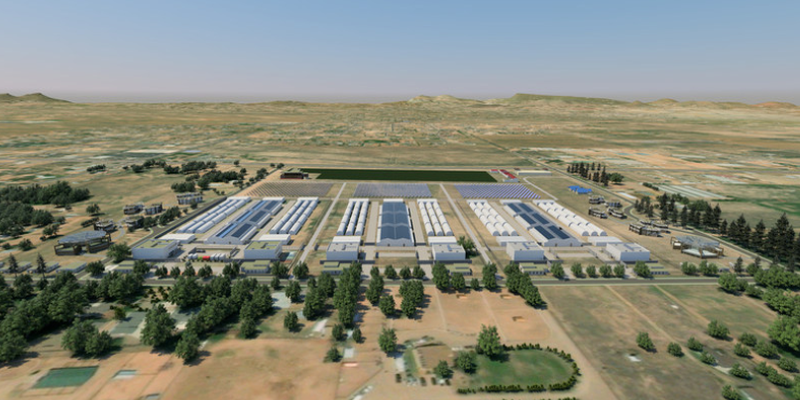 The company reported that operating expenses were $1.26 million for 2019 versus $3.20 million for 2018, which included a one-time non-cash write-off of $1.85 million related to deferred rent receivables in the second quarter of 2018.

“Zoned Properties closed 2019 with a tight capital structure, a clean balance sheet with no toxic debt, and a positive cash position, a rarity among companies operating in the regulated cannabis industry. We have a strong, unleveraged portfolio of triple-net leased properties producing passive rental revenue that are positioned for large-scale expansion and increased value potential. I am extremely excited about our opportunity to utilize the past year’s achievements to scale Zoned Properties in the coming years,” commented Bryan McLaren, Chief Executive Officer.

“With this strategically placed investment, we are thrilled to formalize our partnership with an exciting and innovative new organization,” commented Bryan McLaren, Chief Executive Officer. “The founders of the start-up cannabis franchise organization have significant industry experience that we believe will be an important growth driver for Zoned Properties. We plan to release further details about the partnership and the start-up organization in the coming months.”

“I believe 2020 will be a transformative year for the cannabis industry. As we continue to execute on our strategic plan, Zoned Properties is positioned to play an important leadership role in shaping this emerging industry while capitalizing on this transformation for the benefit of all stakeholders,” continued Mr. McLaren. “Subsequent to the 2019 year-end, Zoned Properties was validated by the United Nations and One Carbon World as the first cannabis industry-focused business to achieve carbon neutrality, we completed a $100,000 investment in an exciting new franchise start-up organization, and we have continued to expand our advisory services across the cannabis industry. We very much look forward to sharing tangible updates as we work to grow Zoned Properties as an industry-wide leader.”

The stock was listed from its 52-week of 13 cents to lately trade at 17 cents.

Arizona-based Zoned Properties Inc. (ZDPY) reported its fourth quarter and full year results with revenue dropping slightly in the quarter as the company sold a building in Tempe, AZ in March. Revenue fell by 2% to $533,000 versus last year’s $543,000.

“At the start of 2017 we expressed our optimism about achieving profitability through increased monthly rental revenue streams and lower operating expenses, and we achieved those goals with revenue growth of 14% and a reduction in our operating expenses of more than 30% to drive net income of $1.4 million and positive cash from operations for the full year,” commented Bryan McLaren, Chief Executive Officer of Zoned Properties. “Our 2017 accomplishments not only drove impressive financial results but also laid the groundwork for us to further invest in other projects to replicate our successes and further drive value for our shareholders.”

In a letter to shareholders, McLaren said he planned to diversify the company through its Strategic Advisory Services which would advise clients in the early stages of their projects. The idea being that it would give Zoned the ability to shape property development plans, which would increase the chances of success and secure a longer-term role for the company with that property. He also noted that the company would secure “non-toxic sources of capital.” McLaren stated that the portfolio of debt-free properties was increasing in value and that Zoned could leverage those assets to secure lower-cost debt.

In the letter, McLaren stated, “To date, we are working with multiple operators in a number of states, some of which have not yet been announced. By taking a relationship approach for the projects we choose to invest our time and resources, we have the ability to establish a foundation for long-term results for years to come.”

Zoned Properties is a strategic real estate development firm whose primary mission is to identify, develop, and lease sophisticated, safe, and sustainable properties in emerging industries, including the licensed medical marijuana industry. The company focuses on the strategic development of commercial properties that face unique zoning challenges; identifying solutions that could potentially have a major impact on cash flow and property value. Zoned Properties targets commercial properties that can be acquired and re-zoned or permitted for specific purposes. Zoned Properties does not actually “touch the plant” and remains a landlord.

Zoned Properties (ZDPY) released a company presentation on Monday that shows that the company has moved from an annual loss of $501,576 in 2016 to a year-to-date gain of $1 million. Zoned Properties develops and leases properties in emerging industries, including licensed medical marijuana.

The company is coming from a position of strength uncommon among many pot stocks with a solid balance sheet of $9.6 million in assets and $2.2 million in liabilities, but no warrants and no convertible debt. The company currently has six properties in its portfolio with five locations in Arizona and one in Colorado.

Part of the turn in fortunes for Zoned Properties for 2017 was the one-time net gain from the sale of a property in Tempe Arizona for $831,753. The book value for the company as of June 30 is $9.4 million and the market value is $23.7 million.

The stock though hasn’t performed as well as the company’s balance sheet. It has plunged 48% over the past year from a 52-week high of $3.88 to a low of 50 cents. The stock started to recover following the company’s second-quarter earnings release in August. In that release, the company noted that its revenue had increased 23% to $505,000 from the previous year’s second-quarter earnings of $410,000. Operating expenses also declined 32% to $355,000 from the previous year’s second quarter expenses of $524,000. The net income was also positive at $118,000 versus the previous year’s loss of $173,000.

Zoned also announced last week that it increased the space being leased by its tenant in Tempe Arizona. “Expansion at the Tempe Property will drive increased revenue and profitability in the coming quarters as increased monthly rent payments take effect,” commented Bryan McLaren, Chief Executive Officer of Zoned Properties. “Our anchor tenant now occupies more than 50% of the 60,000 square feet of total rentable space under long-term lease agreements with guaranteed rent escalators throughout their terms.”

So, while Zoned Properties is humming along in the Arizona market, some investors may be wanting to see if they’ll be expanding beyond the state and pursuing properties in other bigger markets. The real estate space in the cannabis industry is becoming crowded very quickly. It may be that the stock will respond as Zoned expands their footprint further away from the Arizona market.