MedMen, Among Others, Robbed by Looters

How do you get a job in the legal cannabis industry? That is the question asked by thousands of people every day hoping to break into the fledgling billion dollar industry, and it’s easy to see why. Cannabis has become legal, in some shape or form, in 29 US states and the District of Columbia and experts only expect that number to rise.

But with so many states to choose from, where do you go to find the best jobs in cannabis? To help that question, the online job search engine site ZipRecruiter recently published an overview of the cannabis job market, along with the Top 10 Cities for Cannabis Industry Jobs. Here’s what they found.

The State of Cannabis Employment

Overall, 2017 was a great year for cannabis employment. In the first quarter of 2017, approximately 345 job listings were added to the site, compared to just an average of just 200 per quarter in 2016. The number of job listings per quarter continued to increase throughout the year, peaking at 1548 new positions in the fourth quarter; which is due in part to the start of retail cannabis sales in California.

In the first quarter of 2018, 582 new positions were listed. Although that is a huge drop off from the previous quarter, it was still one of the best months for job growth in cannabis industry history.

Unsurprisingly, eight of the top cities for cannabis jobs were in Colorado, Washington, Massachusetts, and California; states that have legalized recreational cannabis. Denver had the most, with 413 open positions, while Boston rounded out the bottom of the list with 67. 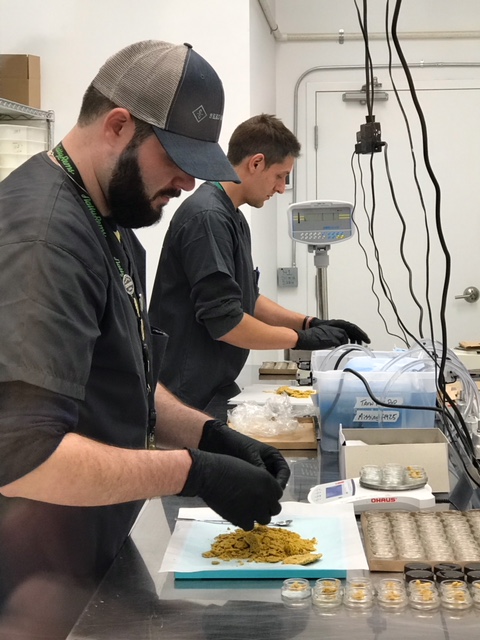 But pure numbers aren’t everything, growth is important too. ZipRecruiter also took a look at the top 10 cities for cannabis industry growth. Here’s what they found:

Legal cannabis may be a hot commodity on the West Coast, but seemingly most of the industry’s growth is coming from the East Coast where states like Florida and New York have just begun to get their medical cannabis programs off the ground and look poised to legalize recreational cannabis in the coming years.

Regardless, with more states than ever before opening up to legal cannabis, the industry is set to experience explosive growth over the coming years; which means there is still more than enough room for those hoping to break into this burgeoning industry.

nextCannTrust, InMed Gain Approval To List On The TSX