HARDCAR Security is a veteran-led organization that leverages the specific skills and talents of ex-military officers for its staff. It provides the cannabis industry with a variety of high-tech services aimed at protecting their cash, cannabis, and people with military-grade security, calling itself a “game-changer” within the industry and it does this with the help of veterans.

The company’s service model was borne from the specific competencies that veterans bring to their services of transporting medical cannabis, and protecting cannabis grow operations. HARDCAR embraces the professionalism and leadership experience from the military and applies it to the high-stakes cannabis environment.

Aside from its goal to become the most high-tech cannabis security service in the nation, HARDCAR aspires to make a positive impact on veterans’ employment statistics and their associated narratives in the country.

The post-9/11 veterans faced a significantly high unemployment rate during re-integration into civilian society, many believing that it was due to the stigma associated with PTSD, with rates being as high as 12.1% in 2011. At this time, veterans were falling behind their non-service professional counterparts in snagging the jobs they were qualified for.

In 2016, the U.S. Chamber of Commerce Foundation reported that proactive employment programs like the “Hire our Heroes” contributed to cutting veterans’ unemployment in half.
The end of 2017 showed a decrease in the unemployment rate of the country’s veterans over the previous year from 4.1 in 2016, falling to 3.8%, according to the Veterans’ Employment and Training Service.

While the unemployment numbers have fallen and show every reason to be positive, underemployment is a different issue. Many veterans are returning to professional life with advanced skills that are hard to find a place for and are finding jobs in which their underutilized, resulting in a lack of professional fulfillment. 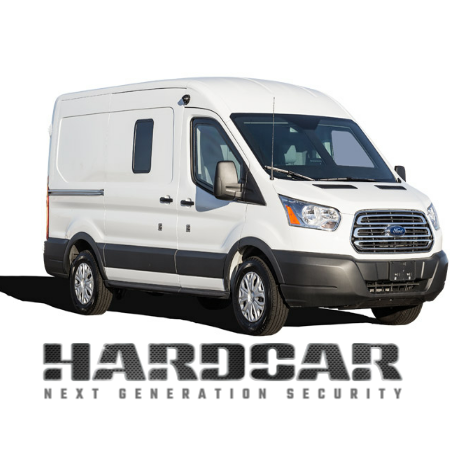 “It can be very difficult to find your place in the world after serving in the military,” says Aaron Augustis, a former Sergeant and Combat Engineer in the U.S. Army, Airborne, “I experienced difficulty with my transition back into civilian life. I would have uncontrollable waves of emotions that would hit me.”

Todd Kleperis, a former veteran, and founder and CEO of HARDCAR refers to the 8 full-time and 20 part-time employees as “instant coffee”, as they are ready-equipped and highly-trained to get the job done. “Our ‘boots on the ground’ combat experience is essential to our success,” describes Augustis, “Situational awareness, flexibility, adaptability, discipline, focus and motivation and some of the personal qualities that each of our veterans brings to the work.”

“Each canna run or money run is a mission,” Augustis says of millions of dollars of cash and cannabis moved across California by HARDCAR, “Running missions with a purpose of providing safe medicine and knowing that our training and experience can still be put to use in civilian world gives us a sense of purpose again.”

The Everyday Realities of PTSD

Some days Augustis would find himself literally immobilized in fear. He’d be thinking of where he had been serving in Iraq, how dangerous the situations were that he had been in, and the fact that he nearly escaped death too many times. These thoughts replayed over and over in his mind to the point that he couldn’t work, and ended up dropping out of the program he’d enrolled in at a community college.

Augustis’ story isn’t uncommon. Thousands of veterans are returning home with the difficulty of having to reintegrate into the professional world while struggling with symptoms of Post Traumatic Stress Disorder (PTSD). “My bottled-up emotions that I had suppressed in Iraq began to burst out,” Augustus recalls about the time in his life he just couldn’t seem to cope enough to focus on rebuilding his life after combat. Desperate to bring stability back into his life, he looked to medicinal cannabis in his home state of California.

“By using cannabis, I was able to slow things down in my mind and be more present and stable,” says Augustis, who is now meaningfully contracted within the cannabis industry in California. “I have first-hand experience when dealing with combat-related PTSD and know how cannabis helps. To deprive others of medical cannabis who are experiencing PTSD symptoms is not morally right.”
Now able to cope with the symptoms of his PTSD, Augustis has become a critical link for access to cannabis for veterans. Augustis enjoys a role as Veterans’ Services Liaison with HARDCAR Security, a company providing advanced safety, transportation, and security services to the cannabis industry.

“HARDCAR gives us that opportunity to serve our nation again by providing safe and reliable access to medical cannabis,” says Augustis.

“It’s the right thing to do,” Kleperis states when asked why HARDCAR focuses on veterans’ employment, “We like their attitude. Our employees are happy and are doing something they love. What else matters?”